Is modern medicine doing more harm than good? One Irish doctor believes so 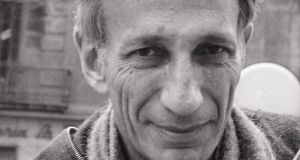 Modern medicine has had its trenchant critics over the years. Ivan Illich, in his book Medical Nemesis, argued strongly that the medical establishment was bad for people’s health. Our own Petr Skrabanek, in The Death of Humane Medicine, spoke disparagingly of healthism as a tool of State coercion.

They are now joined by Cork consultant physician Séamus O’Mahony in his recently published book Can Medicine be Cured? – its thesis probably better revealed in the subtitle: “The Corruption of a Profession”.

Medicine was just one of Illich’s targets. A critic of the institutions of contemporary western culture, the Austrian philosopher also trained both barrels on education and work. But he was among the first to suggest that drugs and other medical technologies remove personal responsibility for suffering and create dependence on healthcare, which itself has a range of hazardous side effects.

In a chapter on disease awareness, O’Mahony approvingly quotes Illich’s prediction that “a culture can become the prey of a pharmaceutical invasion. Each culture has its poisons, its remedies, its placebos and its ritual settings for their administration. Most of these are destined for the healthy rather than the sick.”

O’Mahony is certainly not a fan of disease awareness campaigns aimed at the healthy: “Medicine should surely prioritise the sick, the dying and the vulnerable. Decisions on how money is spent on healthcare should be based on need not on sentimentality, and certainly not on the basis of lobbying by special-interest, disease-specific patient groups.”

O’Mahony tells us that, at the age of 50, he realised he had somehow sabotaged his career in medicine. “I lost faith in: medical research, managerialism, protocols, metrics, even progress.” But faith in the clinical encounter and old-fashioned doctoring survived this intense introspection.

Just how much medicine has disappointed him, (and perhaps a clue to the genesis of this book) is revealed when the author says that his professional lifetime started at the end of the golden age of medicine and the beginning of the age of unmet and unrealistic expectations. “Patients, doctors and society at large are the victims, dupes and slaves of this medical-industrial complex.”

In a chapter on the “medical information mess”, O’Mahony points to a paradox at the heart of medicine: “its intellectual basis is scientific in its ethos but practice is not . . . science informs medicine and medicine looks to science for answers, but they are radically different, often opposing, activities.”

Many doctors will share his disappointment that evidence-based medicine led to clinical guidelines which became unhelpful mandatory protocols.

So what kind of medicine does the author believe in? “The idea of an individual doctor exercising clinical judgment, using unquantifiable attributes such as experience and intuition, has become unfashionable and discredited, yet it is this judgment, this human touch, which is the heart of medicine.”

He is no fan of consumerism in health. “Consumerism has created patients who confuse needs and wants, and who often want the wrong things; it has created doctors who view medicine not as a profession, but as a service industry.”

Not everyone will agree with his contention that doctors have become anti-harlots. “We carry responsibility without exercising power,” he says.

O’Mahony doesn’t have optimistic answers to the question posed in the book’s title. The medical industrial complex has become so powerful, he opines, that “medicine has now passed the Illichian tipping point where it is doing more harm than good to the people it is supposed to serve.”

What hope there is for the future of medicine will require society to reach a new accommodation with old age and death, he argues. Doctors, for their part, need to reconfirm their commitment to professionalism and clinical judgment.

O’Mahony writes crisply with flashes of scalpel-like sharpness. His book will never be a recruiting poster for medicine.

But, continuing a rich tradition, it has much fodder for the medical sceptic.