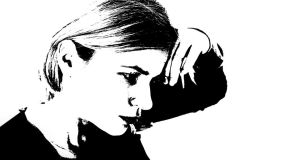 These are the words of a young mother, Joanne*, whose biggest fear was that she would act on the terrifying impulsive thoughts of suicide that haunted her throughout the later part of her recent pregnancy.

Her fear was real.

That she would take her own life and with it the life of the baby she was carrying.

As the debate over the Protection of Life during Pregnancy Bill continues, women with a history of serious mental illness and suicidal intent can only look on and say nothing.

For some, this silence is born out of a crippling fear that if their story is heard they will be branded as mad, insane, selfish or, as some voices have suggested, mass manipulators of the medical profession.

Contentious clause
While the suicidal clause in the proposed legislation is arguably one of the most contentious, we have heard from politicians, lawyers, doctors and various lobby groups on both sides of the debate.

We have not, however, heard from a woman who is seriously unwell and so distressed in pregnancy that for her, suicide seems a real option.

Suicide in pregnancy is rare but it does happen.

For one young Irish woman it very nearly did. Meeting her at the home she shares with her supportive husband and young family, I was struck by the large number of baby cards on the mantelpiece, each one wishing happiness and joy.

Her story, however, was far from joyful and clearly painful for her to tell. But, as she says, it was also the truth.

Joanne has a history of serious mental illness and self-harm. She was hospitalised four times between previous pregnancies and made three serious suicide attempts during this time.

She was sexually abused as a child and when she became unwell would suffer flashbacks to this traumatic time. She says that this, together with her history and a family background of mental illness, meant she entered her most recent pregnancy in need of specialised perinatal psychiatric care.

She explains that her symptoms intensified in the third trimester and these included having constant thoughts of self-harm and suicidal ideation.

Intrusive thoughts
“These thoughts intruded often, without warning. I might be doing a mundane task, like packing the dishwasher, when I’d feel an intense choking sensation in my throat and an overwhelming urge to hurt or kill myself.

“The lead-up might have been an extra stressor, like sickness in the family or failure to meet a deadline, followed by a bout of obsessive thinking to the point where my brain would break down. I’d need it ‘shut down’ or rebooted. Wrongly, my brain told me that suicide was the quickest method of shut down, the route to peace. Pregnancy did not make me immune to such thoughts,” she says.

“The thoughts of harming my own children, including the child in my womb, were the most distressing . . . and make me sound like a monster, a freak.

“The thoughts were monstrous and terrifying. But they were only thoughts. They are not me or who I want to become.”

Joanne’s consultant reassured her that she was one of the least likely people to harm her children, that these thoughts were part of her illness and she had absolutely no desire to carry them out.

She describes the crippling depression that accompanied her illness as a “dead emptiness” and“feeling raw and vulnerable. I think I will always carry a sadness,” she says.

Joanne adds that, at that time, suicide for her was synonymous with peace. She says she believed it meant she would no longer be a burden to her family and that her death would spare her children the distress of witnessing future episodes of the illness.

Thanks to the support of her loving family and perinatal psychiatric care, Joanne made a full recovery.

Perinatal expertise
However, she says that without that perinatal expertise, which included compassionate support, practical advice for both her and her husband, medication and psychological support, she might not have lived to tell her story.

She has nothing but praise for her psychiatrist, whom she describes as “experienced, good humoured and compassionate” and someone who she felt was “holding” her throughout the entire experience.

She stresses that women in her situation need integrated care for both their physical and mental health. They also need timely access to good perinatal expertise.

However, she is mindful that, as there is no dedicated perinatal psychiatric service outside of Dublin, not all women have access to these services.

“All psychiatrists and allegedly all policymakers are united in calling for increased investment in maternal mental health. But the fact that there are only three perinatal psychiatrists in Ireland at the very time that Ireland is experiencing a baby boom and an economy bust is an indictment of our society and policymakers,” she says.

Asked for her thoughts on concerns expressed by some that women may feign suicidality to gain an abortion under the proposed legislation, she says: “You couldn’t have pretended what I went through. I know that for definite. You can’t fake those tears.

“You cannot assume that the majority will be manipulative, legislate for that majority and ignore the minority who are genuine. You have to focus on the ones who are genuine and you have to trust the psychiatrists to be able to make their assessment.

“I think mass manipulation, which is what the slippery slope argument is premised upon . . . denies the skill of psychiatrists to assess whether the risk is ‘real and substantial’.

“It ignores the legal restrictions, such as unanimity among psychiatrists and termination as the last resort. And it implies that doctors and psychiatrists will act without considering the unborn, changing our culture.

“That doesn’t tally with my experience of compassionate, expert care.”


‘Really painful’
She found listening to the Oireachtas hearings on abortion “really painful” and is confused by polls which suggest people would favour abortion in circumstances of rape and incest more than in cases of suicidal intent.

“It seems there’s an underlying assumption that suicide is a manipulative thing, a selfish thing . . . It’s not.

“It’s the act of an unwell person or . . . of a person who has lost all perspective . . . who is in despair. If you are seriously unwell, you need compassion, not that kind of judgment.

“Suicide is not the answer. But recovery must become an easier choice. We must invest more in our mental health services, by providing, for example, mother and child units for postnatal psychiatric care.” she adds.

Joanne stresses the most important thing is for women to know that recovery is possible and help is available.

“My own good news is that I have managed to survive that tortuous pregnancy and have a wonderful family. I will always have to manage my ruminations, obsessions, anxieties and despair.

“I know I might always get violent, intrusive thoughts, but I am hoping that recovery continues to be possible and I manage to live to see my grandchildren and possibly my great grandchildren.”


*Name has been changed.

Rock’n’wool: Irish knits come in from the cold
8