How have breast cancer patients been impacted by Covid-19 pandemic? 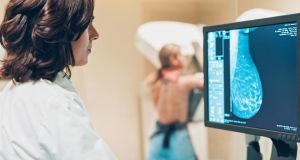 Breast cancer is the most commonly diagnosed cancer among women in Ireland with over 3,000 women diagnosed with invasive breast cancer here every year. But the arrival of Covid-19 here in early 2020 will have changed these figures dramatically.

In late July, Rachel Morrogh from the Irish Cancer Society (ICS) said that more than 450 cancers and 1,600 pre-cancers will have gone undetected during the pause in screenings from late March to the end of July.

There will be an estimated 8-9 per cent increase in breast cancer deaths up to five years after diagnosis due to the pandemic, according to a UK population-based modelling study published in the Lancet oncology journal. However, it’s important to note that women are called for breast cancer screening every three years in the UK compared to every two years in Ireland.

“It will take years to fully realise the impact of Covid on cancer outcomes but we do know thousands aren’t been screened and waiting lists for cancer tests and treatments are growing rapidly,” Morrogh who is the Irish Cancer Society director of advocacy and external affairs told the Oireachtas Special Committee on Covid-19.

The HSE’s National Action Plan on Covid-19 specified the continued delivery of cancer care as a priority during the pandemic and the eight rapid access clinics at cancer centres across Ireland remained open for urgent cases of diagnosis. Medical oncology and radiation oncology services were also continued. And while less urgent surgery was deferred in the early months of the pandemic, urgent cancer surgery was transferred to private hospitals during the first wave of Covid-19 in Ireland.

However, that doesn’t mean that cancer patients felt safe enough to attend clinics and Liam Woods, national director of acute operations at the HSE acknowledged that “attendance fell significantly” at rapid access clinics.

Donal Buggy, director of services and innovation at the Irish Cancer Society (ICS) says the ICS nurse helpline received many calls from patients fearful of going into hospitals for diagnosis or treatment. “From the end of April to mid-May, we started to see more normality in services as the changes made [eg transfer of treatment to private hospitals] were bedded down,” says Buggy. He says the challenges now for hospitals – both public and private – is to see as many patients as possible while maintaining social distancing guidelines.

“This will require careful management of physical space, changes in opening hours and possibly some rapid build projects,” says Buggy.

According to the most recent figures, medical oncology services are operating at about 70 per cent of their usual capacity while radiation oncology is taking about 80 per cent of patients but cancer surgeons are only able to treat about half the numbers of patients they usually can.

The concern is that waiting lists will rise not only because of fewer people being seen but also the backlog of patients who would normally have presented earlier, coming forward in the next few months. Add to that, the increasing numbers of cancer patients arising in an aging population.

“Before Covid, targets in the National Cancer Strategy relating to timely access to diagnostics, surgery, radiotherapy and the uptake of screening were all missed due to underfunding so we need the opportunity to build back a better cancer system,” says Morrogh.

The halting of BreastCheck screening services at the end of March – with a provisional re-start date in September/ October is a further concern for women in their 50s and 60s who are usually screened for cancer every two years.

Prof Ann O’Doherty told the Oireachtas Special Committee on Covid-19 that the BreastCheck screening programme was reluctantly suspended due to the age cohort of women in a close contact examination being at risk of getting Covid-19.

The European Society of Breast Imaging guidelines on Covid-19 stated at the time that a relatively short delay of 6-12 weeks in screening healthy women “had very little impact on survival”. The clinical staff of BreastCheck continued to screen women for breast cancer who had a family history of breast cancer and/or had already had breast cancer.

Restarting BreastCheck in the autumn will depend on public health advice at the time. Even when it does start again, mobile BreastCheck units – which make up 70 per cent of the service - are expected to screen 21 women a day instead of the usual 40 women. And while the breast screening test itself will be the same, women will have to wait outside until their exact appointment time and come into the clinic alone wearing a mask. Women who suspects they might have Covid-19, are close contacts of someone who has tested positive to Covid-19 or are awaiting the result of a test shouldn’t attend screening.

Prof Arnie Hill, breast cancer surgeon and chair of Breast Cancer Ireland says that the cessation of breast cancer screening in March was appropriate for safety reasons. “We did not know the risks associated with Covid and it was a correct clinical call to suspend screening at the time,” he says.

While we await the resumption of breast cancer screening, he advises women to “take control of their breast health and be breast aware”. “Women need to know the signs and symptoms to watch out for and contact their GP immediately who will refer them and they will be seen,” says Prof Hill. Breast Cancer Ireland encourages women to understand the eight signs and symptoms of breast cancer on their website or its free breast aware app.

And what’s most important now – even if Ireland experiences a more severe second wave of Covid-19 is that women with suspected symptoms of breast cancer contact their GP and attend referrals to one of the rapid access clinics for diagnosis and onward treatment. “Early detection of breast cancer is key to ensuring a more positive treatment outcome,” says Prof. Hill.

Cara McAdam (41) was diagnosed with breast cancer in December 2019, shortly after stopping breastfeeding her second child. She discovered a residual lump in her breast and was referred to the screening service at Beaumont Hospital. Later diagnosed with HER2-positive breast cancer, she had surgery in December and chemotherapy and drug therapy from January to March. Her chemotherapy sessions were cut from 9 to 7 when the Covid-19 outbreak began but her radiation treatment went ahead as planned in April and May.

“Once the restrictions were in place, everywhere was so quiet when I went for treatment. I didn’t meet other patients and the staff didn’t have to deal with other people because each patient attended on her own,” explains McAdam who is a secondary school teacher in Blackrock, Co Louth.

McAdam says that she found the cocooning most difficult as she usually had a strong network of people helping her out. “My husband was working from home but sometimes had to travel so he had to mind the children when I went for treatment. He also did the shopping although sometimes, his sister or mine would shop and leave food at the door for us,” explains McAdam.

She says that she found dealing with hair loss and wearing a wig easier during lockdown as people weren’t socialising. “And with the children – Jack (4) and Laura (2), Netflix was my friend and they did a lot of low energy activities like colouring in.”

McAdam will continue to take medication to treat her cancer until March 2021. Three weeks ago, she felt something was wrong and phoned her GP. “She saw me immediately and referred me to hospital to have it checked out,” she explains.

McAdam advises any woman who is concerned about signs of breast cancer to see her doctor. “It’s important to know your body and see if something isn’t right. The services are still there and cancer patients will be prioritised even if there is a second wave of the coronavirus in this country,” she adds.