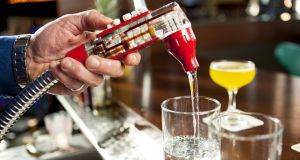 If you’re ‘dying for a drink’ don’t assume that you’re going to feel that way for the whole day, evening or month. Cravings come and go.

If you gave up alcohol for January you might by now be at the stage where the mention of “wine o’clock” or the arrival of Friday evening brings a twinge of longing.

You had your own reason for dropping the drink for the month and you know what it is. That reason is probably just as valid today as it was on New Year’s Eve.

But you need to watch out for “euphoric recall” because it probably drives a lot of people back to the drink. “Euphoric recall” means that you remember drinking as terribly pleasurable even when it wasn’t. The world then was in full colour with happy laughter everywhere.

This is all made up by the dopamine-driven craving centre in your brain. In fact, if you’re habitual drinker, you probably didn’t feel extra special every time you had a drink - it was just normality. And sometimes the world was in monochrome, not glorious Technicolor.

I’m not saying it was bad - but neither was it the carnival your brain would have you believe.

Beware of the idea that nothing can really be enjoyable without added alcohol. Spending the evening with a bunch of drinkers will definitely not be as enjoyable, that’s true, and you might feel like gnawing your way through the floor to escape.

But people do lots of other things besides drinking and non-drinkers get plenty of enjoyment out of them. These can include movies, chatting in a coffee shop, reading, walking, concerts, kicking a ball and a myriad of other pursuits. Instead of sitting there staring at the wall, allow yourself to try and to enjoy other activities. An activity that needs alcohol to be worth doing is probably not worth doing.

When you’re feeling down, avoid blaming it on being off the drink.

You go through plenty of up and down moods when you’re drinking so you can expect to have these ups and downs when you’re not drinking also.

If you’re “dying for a drink” don’t assume that you’re going to feel that way for the whole day, evening or month. Cravings come and go.

They feel urgent, which is the nature of cravings, but they are usually gone within 20 minutes, often less. Instead of thinking about the craving, direct attention to something else that you want to do or need to do. Gradually you learn not to be afraid of the cravings because you know they’ll pass if you let them.

Take a look at Jason Vale’s book Kick The Drink . . . Easily. I don’t agree with everything he says (for instance, I don’t think it’s all that easy) but he has lots of encouraging ideas to help you get through a sober January - or longer. For instance, he points out that you wouldn’t expect children to need a drink to enjoy a birthday party. It’s just a thought but I found it a helpful one.

Finally, don’t think there is anything odd about you if you are not drinking. My reading of statistics on the Alcohol Action Ireland website suggests that almost half of drinkers actually take alcohol less than once a week. Add to that the roughly 20 per cent of people don’t drink at all and it means that if you don’t drink tonight you are among a majority in the country.

I wish you well as you navigate your way through the unhelpfully named “dry” January. You will reach the end of the month in better shape than when you started it.

– Padraig O’Morain (@PadraigOMorain) is accredited by the Irish Association for Counselling and Psychotherapy. His latest book is Daily Calm. His daily mindfulness reminder is free by email (pomorain@yahoo.com).

Perfect chicken schnitzel: it’s all in the breadcrumbs
10