The LauraLynn 'Oscars' give families with a child who has a life-limiting condition the opportunity to make a movie that reflects their passions and personalities. 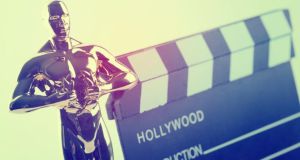 LauraLynn’s “The Oscars” won the “Healthcare Initiative – End of Life Care” category of the Irish Healthcare Centre Awards, which were presented on March 9th.

The idea started as a film workshop for siblings, which play therapist Michelle Hartnett organised after researching the topic of sibling loss. She envisaged the children being trained to lead their own families in making a home movie.

But it quickly evolved into a much bigger, family-focused film project, that this week will complete its third year.

At the outset, when the whole family, including the child who attends LauraLynn services, sit down with a professional scriptwriter to discuss their ideas for a film, “it is fascinating to see who’s who in the family and what their personality is”, says Hartnett.

It has become one of her favourite times of the year because she spends a lot of time with the families and really gets to know them.

She categorises it as “legacy-making”. It is “about bringing together the family on a shared project with a shared vision” – and from which parents and children get mutual enjoyment. It gives a family quality time together, and a chance to use their creativity and imagination for something that is tangible afterwards.

“We are very proud to be involved – it really is worthwhile,” says Aidan Alcock, a director of Windmill Lane, which houses Pulse College, where film production is taught. The first year the films were a little “iffy”, he says frankly, but since then the standard of the filmed footage they get to edit has improved significantly.

One of Alcock’s assistants, Oleg Rudkovskij, worked on this year’s batch. They source clips from YouTube, music and special effects to mix in with each family’s dialogue.

“We try to look for as much humour as possible – without going over the top,” says Alcock. They also use the intros of some of the biggest film studios, such as Warner Bros or Pixar, at the start, “so it really looks like a movie”.

The event itself is always “excellent”, he adds. “When the kids are there and you call out the winner – it is the Oscars to them. It is brilliant.”

The first year the films were sent to the families to look at in advance, says Hartnett. But then they decided it would be “a more emotive and authentic experience if they got to see it with friends and family for the first time on the big screen, as opposed to at home on a computer screen”.

She recalls how one family last year had a pre-Oscars party in their house, then all travelled by mini-bus to the event before returning for another party afterwards. The girl at the centre of it has since died but as her school – one of her happy places – featured prominently in her film, staff used the movie for looking at their own loss and grief and it was part of the child’s legacy.

Hartnett has worked at LauraLynn for six years and two years ago she added qualification as a grief consultant through the University of Middlesex to her play therapy credentials.

“I think it is very important when you are working with children, particularly in a hospice, that you have a really good knowledge of grief and loss,” she says.