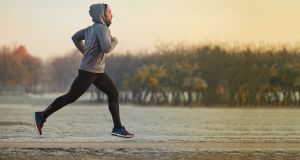 Exercise may help to fight cancer by changing the inner workings of certain immune cells, according to an important new study in mice of how running affects tumours. The study involved rodents but could also have implications for understanding how exercise might affect cancer in people as well.

We already have considerable and compelling evidence that exercise alters our risks of developing or dying from malignancies. In a large-scale 2016 epidemiological study, for instance, highly-active people were found to be much less likely to develop 13 different types of cancer than people who rarely moved.

Likewise, a review of past research released last year by the American College of Sports Medicine concluded that regular exercise may reduce our risks of developing some cancers by as much as 69 per cent. That analysis also found that exercise may improve treatment outcomes and prolong life in people who already have cancer.

But it is not yet fully clear how working out may affect tumours. Animal studies show that exercise lessens inflammation and may otherwise make the body’s internal environment less hospitable to malignancies. But many questions remain unanswered about the interplay of exercise and cancer.

Recently, a group of scientists from the Karolinska Institute in Stockholm and other institutions began to wonder about white blood cells. Part of the immune system, white blood cells play a key role in our defence against cancer by noting, navigating to and often annihilating malignant cells. Researchers have known for some time that different types of immune cells tend to target different types of cancer. But little has been known about if and how exercise affects any of these immune cells and if those changes might somehow be contributing to exercise’s cancer-blunting effects.

Now, for the new study, which was published in eLife, the scientists in Sweden decided to learn more by inoculating mice with different types of cancer cells and letting some of the rodents run, while others remained sedentary. After several weeks, the researchers saw that some of the runners showed little evidence of tumour growth. More intriguing, most of these active mice had been inoculated with cancer cells that are known to be particularly vulnerable to a specific type of immune cell, known as CD8+ T cells, which tend, primarily, to fight certain forms of breast cancer and other solid tumours.

Perhaps, the researchers speculated, exercise was having particular effects on those immune cells.

To find out, they then chemically blocked the action of these T cells in animals carrying tumour cells and let them run. After several weeks and despite being active, the animals without functioning CD8+ T cells showed significant tumour growth, suggesting that the CD8+ cells, when working, must be a key part of how exercise helps to stave off some cancers.

These results surprised and excited the researchers, said Randall Johnson, a professor of molecular physiology with dual appointments at the University of Cambridge in England and the Karolinska Institute, who oversaw the new study. They seemed to demonstrate “that the effect of exercise on the T cells is intrinsic to the cells themselves and is persistent,” he said.

In other words, exercise had changed the cells in ways that lasted.

But what, the scientists wondered, was exercise doing to the cells that made them extra effective at fighting tumours?

To explore that question, the researchers let some mice run until they tired themselves out, while others sat quietly. They then drew blood from both groups and put the samples through a sophisticated machine that counts all of the molecules there.

The blood samples turned out to be quite different at a molecular level. The runners’ blood contained far more substances related to fuelling and metabolism, with especially high levels of lactate, which is produced in abundance by working muscles. Perhaps, the scientists speculated, lactate was affecting the runners’ T cells?

So, they added lactate to CD8+ T cells isolated from mice and grown in dishes and found that these cells became more active when faced with cancer cells than other T cells. Basically, having marinated in lactate, they became better cancer fighters.

In simpler terms, Johnson said: “It does seem from our studies that these T cells are potently affected by exercise.”

Of course, his and his colleagues’ experiments involved mice, not people. We humans also produce extra lactate and other related molecules after exercise (which the researchers confirmed in a final portion of their study, by drawing blood from people after a run and analysing its molecular composition). But whether our CD8+ T cells respond in precisely the same way to working out remains uncertain.

The study also does not show if all exercise has the same effects on T cells or whether some workouts might be more beneficial than others for amping up these cells’ powers. It also does not suggest that exercise reduces cancer risk and progression solely by strengthening these cells. More likely, being active affects how well our bodies deal with malignancies in multiple and perhaps interlinked ways. Johnson and his colleagues plan to explore many of these issues in future studies, he said. – New York Times