How does a person go from hating running to loving ultra-marathons?

As someone who whinges through the first 1km of a run, I’m totally in awe of the runners who take part in the gruelling 171km Ultra-Trail du Mont Blanc 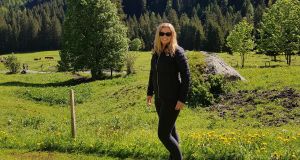 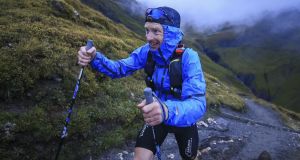 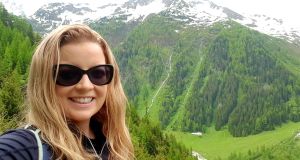 Rachel Flaherty: ‘I’m in awe of the runners preparing for a challenge like this – the training, commitment and focus.’

What is it that motivates a person to run 171km through the Alps in high altitudes, with a more than 10,000m climb, through three countries in one of the toughest ultra-marathons in the world? I was fascinated to know more about the mental and physical strength needed to achieve this, as more and more people are pushing themselves to do it each year. Is it madness, superhuman ability or something else?

When I got the opportunity to ask athlete Sebastien Camus, who has taken part in the Ultra-Trail du Mont Blanc (UTMB) trail run six times in tough weather conditions, about how he achieved such incredible feats, I wasn’t expecting an answer I could relate to – as a person who often treats running as my nemesis and internally whinges through the entire first 1km. But I was proven wrong.

Ultra-trail marathon running is growing in popularity but in my mind, men and women who complete the races must have extraordinary skills and talent. The UTMB race involves running a circular trail from Chamonix in France through Italy and Switzerland on varied terrain in weather that can involve extreme heat to extreme cold, as temperatures can drop to -10ºC. There’s also possible strong winds, snow, hail, rain or fog to combat and running through the night, with two nights of running for some.

I was invited by UTMB to hike parts of the trail and see the routes competitors will take around the highest mountain in the Alps, Mont Blanc, which has a peak of 4,800m, and meet the organisers and some of the runners.

When I arrive in the alpine town of Chamonix, which is renowned for skiing, the snow-capped mountains surrounding the town are mesmerising, majestic and magnificent. I feel small looking up at its powerful presence, thousands of metres in height, which feels a long way from where I grew up looking at Galtymore with a peak of 918m (which is also stunning). It was exciting to get the chance to explore part of the tracks runners will tackle in a few weeks.

The UTMB race follows a route that would normally take between seven to 10 days to hike, but competitors will need to complete it in under 46 hours 30 minutes. Last year’s winner completed it in 20 hours and 45 minutes. Thousands will take on that challenge, including a number of Irish people, in the last week of August.

I struggle to get my head around the concept of people running for such a length of time, and the physical and mental challenges they overcome, the insanity of putting yourself through such an extreme challenge. I’m also fascinated by the runners – there are professionals but also many who do this as a hobby, as a break from their desk job. This year, for all the UTMB races – three ultra endurance races from 171km to 101km, two medium formats of 56km and 40km (referred to as the fun race), a team race of 300km and a race for the young – there were more than 25,000 applications for 10,000 places in the seven events. The oldest runner registered for the OCC race, 56km with a 3,500m climb with a cut off-time of 14 hours and 30 minutes, is 79 years’ old.

We hike up through a route through Les Contamines in the French Alps. A few of us (me) instantly feel our calf muscles burn, remarking about the steepness. Guiding the way, French athlete Camus (40) smiles as explains the route does get steep but we won’t be going that far. None of us are obviously planning to do the ultra race in August.

I’m expecting Camus, a professional who is a top finisher in many ultra marathons and has taken part in UTMB events 10 times so far, to explain to me how he had an affinity for running before he could even walk as a toddler. But he surprises me.

“I hated running,” he says. I have to ask him to repeat what he said. I’m sure even the brown and white Alpine cow’s bells hanging off their collars stop chiming as they pause munching to also look over in disbelief. They’ve probably seen Camus running this route plenty of times. “I found running boring, my legs hurt – I hated it.”

How does a person go from hating running to loving ultra marathons? He explains it is road running he disliked but once he started trail running, running in nature, it all felt different. He has to break it down for me. “Trail running is like hiking but faster,” he says. I ask Camus what goes through his mind at the start line of a race like the UTMB. “You take it step by step, and you build on it,” he says. “You tell yourself you can do it. Keep focused. Time goes fast when you are doing it. It is difficult, tiring, uncomfortable but worth it.

“When you run, you discover yourself.”

I’ve had a somewhat love/hate relationship with running, kicking myself about how I’ve yet to complete a 5km race. I know I’d win a race in procrastination about running. I don’t mention this to Camus but, in speaking with him about how he tackles a ultra marathon – his “step-by-step” focus – there are some similarities to how I’ve lost 22kg (3½st) of excess weight. The all-or-nothing diet and exercise approach failed me dismally for years, but the step-by-step method of changing habits slowly has worked.

Camus says he was inspired to take up ultra marathons after seeing people crossing the finish line, and the emotion, joy and sense of achievement they were overwhelmed with. He said he thought about how we are all human beings, so thought “why not me”. Crossing the finish line is an achievement not to be underestimated, with even some of the favourites in the UTMB race last year not being able to complete the event with reasons including falls, hypothermia, an allergic reaction after a bee sting and burn-out. Overall, about one third didn’t finish.

Catherine Poletti, who founded the UTMB with her husband in 2003, explains runners say they discover how to push past their own limits during the race.

“They say they want to try this adventure because they are their own Christopher Columbus, discovering a new world of exploring what they are capable of,” she says.

An organiser explains all the competitors are impressive but it is the raw emotion, especially from runners who just about finish within the cut-off time and have overcome difficulties during the race, that cause the crowd to become emotional.

“You can’t help crying. It is amazing. People are fantastic.” The next night, I get to experience a night hike using a headlamp for guidance along the Alps in Arnouva, Italy, to an altitude of about 1,800m. The experience is exciting and surreal – a couple of hours ago I was walking in the sun and now I can touch the snow, see the glaciers in the moonlight while getting sprayed from water from the fast-flowing rivers. The energy from the mountain is palpable.

Although I still can’t comprehend exactly how a person physically and mentally gets through such a challenge, I understand more why they undertake it. The lure of reconnecting with nature, being completely exposed to your raw self, overcoming doubts and refusing to let anything stop you doing what you’ve decided to do.

I’m in awe of the runners preparing for a challenge like this – the training, commitment and focus. I may not fully understand it, but I can’t help being hugely inspired and motivated by the runners. Maybe anyone who pushes past what was once thought unimaginable to do is considered mad at some stage. The increasing popularity of ultra races maybe shows the human spirit craves adventure and pushing ourselves out of comfortable zone.

What is all of that screen time doing to your skin?
Real news has value SUBSCRIBE