Fitness supplements - the good, the bad and the BCAA

The supplements market is booming, but what should you be taking? 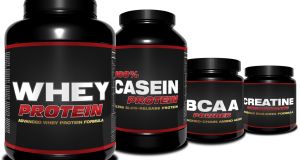 My doctor told me I can’t have protein shakes anymore. “No whey!” 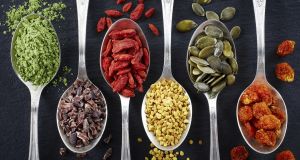 It won’t come as a big surprise that nutrient-dense foods are the best way of ingesting vitamins and minerals, although it may not be what you want to hear if you aren’t a huge fan of spinach and prefer Big Macs to broccoli. photograph: istock

‘My doctor told me I can’t have protein shakes anymore.”

Lame gags aside, something that is no joke is the booming dietary supplement industry. A report released last month suggested the global dietary supplements market is expected to reach almost $280 billion (€252 billion) by 2024. This is despite the fact that there is a huge amount of misinformation circulated about the risks and benefits of many commonly available supplements.

Pre-workout or BCAAs? Whey or casein protein? When did everything get so complicated? Can I just have a sandwich?

While the council asserts that an over-reliance on supplements may lead to neglect of proper nutrition, it does note that under the guidance of an appropriately qualified nutritionist or dietitian, “there is evidence that some supplements may be of benefit in improving athletic performance”.

However, it cautions strongly against their use by teenage athletes, saying that adolescents, in particular, who use muscle- bulking agents are “at risk of developing potentially career-ending injuries caused by ruptures of the tendinous insertion of over- developed muscles into an immature skeleton”. Ouch.

Tom Coleman of the Mayo-based nutritional consultancy firm MyNutrition (mynutrition.ie) has worked with European, world and Olympic athletes, the Connacht, Ulster and Munster rugby teams, and MMA coach John Kavanagh, among others. With a background in nutrition, as well as degrees in exercise physiology and public health and health promotion, he has spent years investigating the topic of dietary supplementation from both a personal and professional perspective.

“Supplements are exactly as they say – supplementary. So many people think starting a fitness journey goes hand in hand with a heavy supplement stack, but for the majority of people’s goals, supplements are not even necessary.

“I have clients looking to buy BCAAs [branch chain amino acids] and pre-workouts thinking this will help them look leaner quicker when, in reality, the main focus should be on consistency with their nutrition.”

It shouldn’t come as a surprise to learn that nutrient-dense foods are the best way of ingesting vitamins and minerals, although it may not be what you want to hear if you aren’t a huge fan of spinach and prefer Big Macs to broccoli.

“For example, sweet potato. It contains lots of carotenoids, the precursor to vitamin A. You could take a carotenoid supplement but that will have only one type of carotenoid; the sweet potato will have up to a thousand. Never mind the fibre present, and all the other vitamins and minerals present,” says Coleman. Likewise, leafy greens cannot be replicated in a tablet form, he adds.

Yet protein shakes seem to be the staple diet of many a gym bunny. This is where a food supplement may play a useful role.

“If you are struggling to hit your protein goals, which should be approximately 2g per kilogram of bodyweight for fat-loss goals, then you might look at getting a protein powder.

“I do say that it is better to eat as much nutrient-dense food as possible but a good whey protein is convenient and is used efficiently by the body, especially after training,” adds O’Hagan.

Coleman says that he has read the laboratory reports following analysis of some of these products, and describes the results as “quite frightening”.

“Some of them were found to have cholesterol in them, when it was explicitly stated they did not contain cholesterol. In addition, the purity of the protein ranged from just 10 per cent up to 90 per cent. Never mind the claims, the ingredients aren’t even what they say they are.”

In addition, there have been plenty of instances where seemingly innocuous supplements have been found to have been contaminated with World Anti-Doping Agency banned substances, he says.

“Some fat burners and pre-workout supplements have been found to contain ephedrine, for example, which can have a very dangerous effect on your blood pressure.”

Labelling is a major issue and Coleman says many products will make farfetched claims, with zero evidence to back them up.

“They are designed to sound as if they are essential. The language used is quite psychological – they’ll use words such as ‘results now’, ‘supercharged’, and vague pseudoscience to back this up.”

“They may make the difference of the final few per cent. It’s about how it impacts on their recovery and performance at that level.”

The controversial amino acid supplement creatine was recently in the news, when one of New Zealand rugby legend Jonah Lomu’s teammates partially blamed the supplement on the star’s passing away from kidney disease. Taken by those who wish to bulk up, its use is rife in sports such as rugby and weightlifting, where muscle mass is key.

“Creatine is actually found in very high concentrations in wild game, such as venison, pheasant, duck, and so on, which might tell us something about processed meat. It is safe and effective when taken under correct supervision,” says Coleman.

While O’Hagan recommends that her clients take a good quality multivitamin and fish oils, she is hesitant when it comes to other forms of supplementation.

“I think the cost has to be weighed up against the benefits to see if it is necessary. For example, a strong coffee could be sufficient as a pre-workout. BCAAs help maintain muscle mass during training but the effect is so minuscule, relative to the difference a good clean diet can make,” she says.

And as recovery tools go, sleep is one of the most powerful, and is underrated, says Coleman.

“Sleep and recovery can have a profound impact on performance, up to 10 or 20 per cent in some cases.”

He cautions that younger people can be particularly vulnerable to dubious advice on what they should, or should not be taking when it comes to dietary supplements.

“All these things should be administered, or at least recommended, by somebody with a qualification in sports nutrition.”

BCAAs Branched Chain Amino Acids (BCAAs) refers to three amino acids: Leucine, Isoleucine, and Valine. Amino acids are the building blocks of protein. Taken as a powder, they are thought to play a role in muscle synthesis.

A 2008 study found that it did not enhance athletic performance but did have a positive effect on muscle recovery and the immune system.

Pre-workout These are usually a blend of caffeine, BCAAs, beta-alanine, and sometimes creatine.

They are thought to provide added muscle endurance and energy when taken 20 to 30 minutes before a workout.

Glutamine An amino acid, it is thought that L-Glutamine supplementation can minimise the breakdown of muscle and improve protein metabolism

Creatine Creatine, otherwise known as methyl guanidine acetic acid, is made up of three amino acids in arginine, histidine and methionine. Produced by the body, it is also found in meat and other animal products.

As a supplement, it is thought to help with strength and muscle mass but its use has been controversial, despite evidence showing it to be safe and effective.

Ross O’Carroll-Kelly: ‘They want us to vacate this place so they can use it as a love shack?’
9