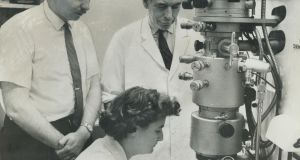 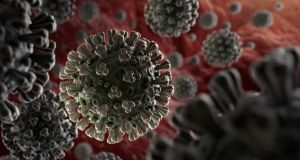 The first person to see a human coronavirus was raised in a Glasgow tenement and left school at 16. Dr June Almeida (1930-2007), internationally renowned for her pioneering electron microscope (EM) techniques, began her working life as a histopathology lab technician at Glasgow Royal Infirmary.

Honing her EM skills at the Ontario Cancer Institute, Toronto, she moved to London, later collaborating with Dr David Tyrrell (1925-2005), who led research at the Common Cold Unit (CCU), Salisbury, Wiltshire, and was deputy director of the Clinical Research Centre (CRC), Harrow, Middlesex.

I also sought to collaborate with Dr Tyrrell, applying for a job at the CRC in the late 1970s. Following my interview with the acclaimed virologist, he inexplicably decided against recruiting the stuttering new graduate of awe-stricken pallor, who scarcely remembered how to spell “microbes”, let alone recall their basic properties. But, by then, Tyrrell had discovered many viruses without my help. One of them was the human coronavirus, first reported in 1965.

Tyrrell tells the story in Cold Wars: The Fight Against the Common Cold (2002). In 1961, Tyrrell’s CCU team infected human volunteers with nasal washings from pupils at a boys’ boarding school in Surrey, all of whom had common colds. One agent, labelled B814, didn’t grow in cell culture, but volunteer studies demonstrated its growth in trachea-derived organ cultures. Could the presumptive virus be seen by EM? June Almeida, now at St Thomas’s Hospital, London, said yes. “We were not too hopeful,” writes Tyrrell, “but felt it was worth a try”.

The samples were sent off to Almeida who “duly dabbed the surface of the tissues on to her microscope grids and examined each one . . . (and) . . . saw virus particles in the B814 specimens! June described these as being rather like influenza viruses but not exactly the same.”

In fact, Almeida had seen such particles previously – while investigating mouse hepatitis and infectious bronchitis of chickens – but her paper to a peer-reviewed journal was rejected “because the referees said the images she produced were just bad pictures of influenza virus particles”.

What would they call it? Tyrrell and Almeida conferred with Almeida’s boss Prof Tony Waterson. The viruses had a kind of halo surrounding them, and “recourse to a dictionary produced the Latin equivalent, corona, and so the name coronavirus was born”.

In 1967, Almeida and Tyrrell’s report featured the first public appearance of a human coronavirus.

Interestingly, a 1994 review of coronaviruses notes that “strain B814 was the first human coronavirus isolated but was lost in the laboratory before it could be fully characterised”.

Lost? To lose one virus, as Lady Bracknell might have observed, may be regarded as a misfortune, but it seems reasonable to infer that it would look like carelessness if we were not to lose Covid-19 because of poor handwashing.

Obstetrician Ignatz Philipp Semmelweis (1818-1865) was the first to demonstrate by experiment that handwashing can prevent infections. In May 1847 he instituted a chlorine-based handwashing regime in the Vienna Maternity Hospital’s labour ward, where monthly maternal mortality rates from puerperal fever – mainly caused by Streptococcus pyogenes – sometimes approached 20 per cent. By June, 1847, the ward’s mortality was 1.2 per cent.

Yet, more than a century later, when the World Health Organization reviewed 77 peer-reviewed articles on hand hygiene published between 1981 and 2008, it commented: “Adherence of healthcare workers (HCWs) to recommended hand hygiene procedures has been reported as variable, with mean baseline rates ranging from 5 per cent to 89 per cent, and an overall average of 38.7 per cent.”

One might assume that with the handwashing message being relentlessly publicised by public health authorities, the best exemplars of the practice should be health care workers.

But is it the case?

In the late 1970s, most virology samples in the London laboratory where I worked were opened and processed on the open bench

But as a former biomedical scientist whose diagnostic virology lab was often swamped with sacks full of samples – especially during infectious disease outbreaks – the demands of a stressful system that clamoured for quick results meant that not every opportunity for handwashing was taken.

Further complicating matters for me was that in the late 1970s, most virology samples in the London laboratory where I worked were opened and processed on the open bench, not within exhaust protective cabinets. This might explain why I contracted influenza and viral meningitis from the influenza A and enteroviruses, respectively, that I was working with (it could have been worse: we often isolated the causative virus of genital herpes).

Brave medics, nurses and other frontline staff deserve our respect and appreciation as they struggle with this pandemic on our behalf; but let’s not forget the backroom biomedical scientists who process suspected Covid-19 samples.

One Irish university professor said to me: “The question is, given normal human behaviour, when Covid-19 is behind us, will hand hygiene revert to previous levels of bad practice?”