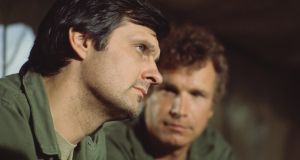 Emmy Award-winning actor Alan Alda is best known for his 11 seasons on MASH as Dr Hawkeye Pierce. No matter how awful the trauma he faced as a US army surgeon in the series, there was always a twinkle in his eye. And when it came to good-naturedly teasing head nurse Hotlips Houlihan, he was usually at the head of the posse.

I came across a podcast recently in which Alda was speaking with Dr Brian Goldman, host of the Canadian Broadcasting Corporation radio show White Coat, Black Art. He was explaining how, in his experience, empathy is the “secret sauce” of doctor-patient relationships. And now he’s teaching healthcare professionals and scientists how to communicate better by tapping into empathy.

In 2009, he established the Alan Alda Center for Communicating Science at Stony Brook University in New York. As part of his workshops, Alda trains doctors and others improvisational techniques (improv). Not for laughs, but to teach the building blocks of empathy.

Participants carefully observe the other person, their tone of voice and body language for important cues. In mirroring exercises, for instance, two people mirror each other’s movements exactly. In order for it to work, each person needs to learn to subtly convey movements so the partner understands and mimics the gestures instantly, without a delay.

Alda shared a story from a young doctor who took his course and was so struck by the mirroring exercise that he used it to help deliver the news that a patient with cancer was close to death. The patient had previously been told that she was going to die, but had trouble accepting the news.

Alda described how the young doctor connected with her in a way that his medical colleagues hadn’t. “[The doctor] went in and he sat across from her at her level. Took her hand in his hand and talked in very plain language. Didn’t use the word metastasis,” Alda said.

Reflecting on his job as a consultant in emergency medicine in Toronto, Goldman said a lack of empathy can harm not just patients, but doctors and health professionals as well.

“We have our best selves and our worst selves”, he told The Irish Times. “Turns out there are many factors that are putting health professionals way off their best selves these days. Stress, time pressure, technology, unrealistic expectations, moral distress over being forced to do things that cross our values and our ethics, and burnout are just some of the factors that systematically get in the way of on- the- job kindness.”

Goldman is coming to Ireland in September to speak at the dotMD conference in Galway (of which I am a co-organiser). Concerned he may have lost his own capacity for kindness, he decided to undertake a “journey through my brain, my heart, my personality, and around the world, in search of the kindest people on the planet”. In search of his own kindness, he interviewed top neuroscientists and had a functional MRI of his brain to check for neurological damage. And he had his personality assessed to see if he is a psychopath.

He travelled to Japan, where he met roboticists who are programming empathy into androids. And he met an 87-year-old psychologist and social worker who invented an uncanny way to connect with people at the end stage of dementia.

In September, Goldman will share his journey and ask Irish health professionals if they’ve ever wondered about the kindness in their own hearts.