5 ways to form a good habit that sticks

Be specific about what you want, take advantage of life-change events such as moving job and don’t be too hard on yourself 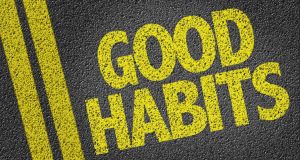 The average time to form a new habit is 66 days. Illustration: iStock

Forming a habit is trying to form a cue-behaviour link in your memory, meaning “you perform the behaviour without intentionally having to make yourself do it”, says Phillippa Lally, research associate at University College London, who studies habits. Cues can be internal or external (for example, feeling hungry or making a cup of tea) and are most effective when encountered every day, including the weekend, to minimise daily planning and willpower. Good ones include getting up, and mealtimes.

Narrow down what you want to do. “Don’t say something broad like, ‘I want to eat more fruit and vegetables’,” says Lally. “You need to have a specific plan to work out exactly when and how you’re going to do that” – for example, by having fruit and vegetables in the house. A behaviour is more likely to become habitual if it’s something you enjoy or find rewarding. Even if it’s something you think you’d rather not do, like exercise, “when you’ve done it you’re likely to be pleased with yourself”.

3) Think about who you are

There is some evidence to suggest we are more likely to create a habit when it connects to our sense of identity. “Some [habits] are representations of certain important goals or values,” says Bas Verplanken, professor of social psychology at the University of Bath. “Take a person who is very concerned about the environment – habits that relate to environmentally-friendly behaviour link to that identity. If you manage to link certain behaviours to your sense of identity, it might help to establish those habits.”

“Make use of what we called ‘habit discontinuities’,” says Verplanken. These are the “moments when people go through life-course changes, such as moving house, starting a family or a relationship, divorce, retirement or organisation changes”. These kind of events disrupt old habits, and allow you to create new ones. It’s why New Year’s resolutions tend to fail – your life, and old routines, are still the same on January 2nd. But switching jobs or schools, or getting a pet, can become a catalyst for broader change.

Lally’s research debunked the widespread assertion that forming a habit takes 21 days – she found the average was 66 days, with some people taking as much as 254 days (and some only 18). “We modelled the habit-formation curve, where it goes up in the first place and at some point reaches a level where it’s as habitual as it’s going to be, then plateaus – so my message from that is it’s very variable.” And don’t despair if you miss a day. “We don’t know how much you can miss and it still be okay, but definitely one occasion is not disastrous.” – Guardian