Where does the world’s best steak come from? 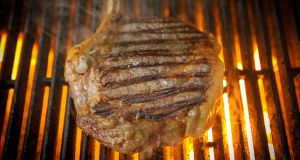 Where does the best steak in the world come from? Finland, according to the judges behind the World Steak Challenge 2018, who voted for a sirloin cut from a grass-fed Ayrshire breed to win competition, which attracted entries from 22 countries in four continents. Previous winners have come from Australia, which triumphed twice in the competition’s five year history, and Poland.

The title is up for grabs again in July, when the contest moves for the first time from London to Dublin, where it will be held over two days at Fire restaurant in Dublin’s Mansion House.

Fire’s executive chef Richie Wilson will chair the judging panel for the event, which takes place on July 9th and 10th and is expected to attract in the region of 300 entries.

The steaks go through a rigorous judging process, which includes raw and cooked assessment. They are cooked medium, and probed to a core temperature of between 50 and 55 degrees Celsius and rested for five minutes.The highest scoring steaks go forward to a second round of judging where they are cooked on a barbecue to an agreed specification and assessed by a new panel of judges.

Bord Bia is host partner to the event which is run by the UK trade journal Global Meat News, published by William Reed Business Media, which also runs the World’s 50 Best Restaurants awards.

The 2019 contest was launched at a media breakfast in Dublin on Monday by Lord Mayor of Dublin Nial Ring, who said: “Beef production is one of Ireland’s greatest farming strengths and we are the fifth largest exporter in the world."

Despite this, Ireland has yet to take the supreme award at this competition. “We haven’t yet had a world champion or a category winner, but in total 10 Irish beef producers have won 51 gold, silver and bronze medals,” Ring said. “That puts Ireland firmly at the head of the world’s top beef producing league table, joining Brazil, Scotland, Australia, Canada, England, the US, Argentina, Northern Ireland, South Africa and New Zealand.

Last year the 33-strong judging panel awarded 136 medals, including 45 golds, of which six went to Irish entrants. Beef from 35 breeds of cattle were evaluated in the judging process.