London, Berlin and Paris each have three restaurants included in the list 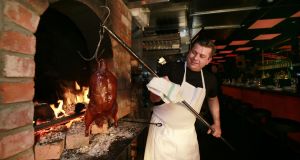 Two Dublin businesses feature in a list of the top 50 Chinese restaurants in Europe – China Sichuan in Sandyford at number 14 and Hang Dai on Camden Street at number 32. The list was compiled by Dubai-based media company, Big 7 Travel.

“The final list was compiled using feedback from our readers, notable previous media coverage and contributions from our editorial team,” a spokeswoman for Big 7 Travel told The Irish Times.

Berlin, Paris and London each have three restaurants included in the list, and Dublin joins Barcelona, Vienna, Copenhagen, Stockholm, Madrid and Amsterdam with a brace of entries. You can see the complete list here.

The number one Chinese restaurant in Europe, according to the list, is Michael Wan’s Mandarin, in Blackpool in the UK. Established in 1961 by the eponymous Michael Wan, an immigrant from Hong Kong, the business is now run by his goddaughter Pauline Lai, who took over on his retirement in 2004. Guardian restaurant critic Jay Rayner last year described it as “one of Britain’s most venerable Cantonese restaurants”.

London’s four Michelin-starred Chinese restaurants – A Wong, Kai, and both branches of Hakkasan – are not included in the list. Park Chinois and Duck and Rice, which feature in 45th and 16th place respectively, feature in the 2020 edition of the guidebook among the Michelin Plate selection.

China Sichuan, which also has a Michelin Plate, was established in 1979 and moved from Stillorgan to its current location in Sandyford in 2008. It is run by Kevin Hui, the third generation of his family to take control of the business.

Hang Dai, on Camden Street in Dublin city centre, was set up in 2016 by chef Karl Whelan and manager Will Dempsey. “A welcome change from the big-standard Chinese restaurant” is how Cleary described it in her 2017 review of the restaurant, cocktail bar and music venue. 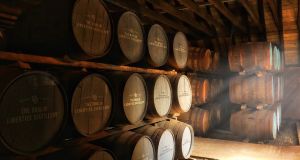