Silver service: A culinary night at the nursing home

Once a fortnight, a Dublin nursing home hosts a pop-up restaurant to bring fine dining to residents 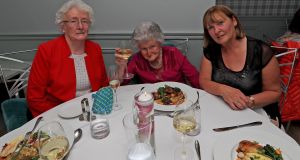 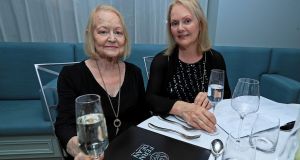 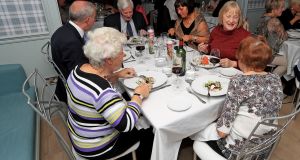 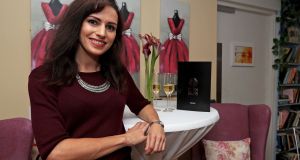 Aoife Houlihan, social care leader at the Fern Dean nursing home. ‘People are saying it is the first bit of normality they’ve had in ages.’ Photograph: Donall Farmer/The Irish Times 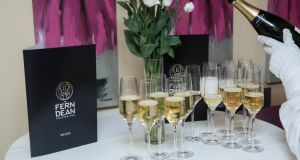 Pouring the champagne at the Fern Dean: “It gives a sense of empowerment to our residents to be able to host, to invite people in.”

The Champagne is chilling, the sourdough bread has been baked, the tables set with silverware, crystal and flowers, and the menus and wine lists are at the ready. Just like any other Friday night restaurant set-up?

Well no, actually. Chapter Two (a deliberate hat-tip to a certain Dublin restaurant), is a pop-up restaurant at the Fern Dean, a nursing home for senior citizens in Blackrock, Co Dublin.

Once a fortnight, the home’s 118 residents, and staff, can make reservations for themselves, family and friends, for what the home’s management describes as “a five-star, à la carte culinary experience”. The three-course dinner, served with fine wines, costs €45 a head.

The food is cooked by chefs from the company which provides the day-to-day catering at the home, but this is a different offering. Chef Derek Reilly, culinary director at Aramark, explains: “We’ve positioned it as fine dining. I use it as a training ground, so I rotate the chefs. It is something they want to get exposed to. It is a special night for the folks here, so it is nice to get behind it.”

The menu has four choices – across starters, main courses and desserts – and reads like any upmarket dining option. A typical order would be cured gravlax and smoked salmon with cucumber and fennel pickle, sourdough croute and lemon and dill emulsion to start, with a main course of roasted rump of Wicklow lamb with roasted summer vegetables, pommes Anna and black olive tapenade, and coconut panna cotta with roasted pineapple for dessert.

The Fern Dean is run by Virtue Integrated Elder Care, co-founded by brothers Ronan and Cillian Willis, with a third brother, Shane, also involved. Cillian, a former professional rugby player, is the driving force behind the fine dining initiative, which runs at a small loss, but is seen as an investment in the home’s offering.

“It is creating opportunities that in many circumstances some people felt were gone. For example, the stress of going out to a restaurant, for some of our residents and their families, can be significant,” Cillian says. “Ultimately it is adding value to the social care delivery.”

“It is one of a number of initiatives we are looking at to de-stigmatise nursing home care,” adds Ronan. “If the residents enjoyed going out to fine dining restaurants, why not allow them to be able to continue to do this and to celebrate with friends and family?”

The initiative is proving popular with the residents and their families, and the reservations book fills up every fortnight. “People are saying it is the first bit of normality they’ve had in ages,” says Aoife Houlihan, social care leader at the home.

Helena Mulkerns and her mother Helen are among the diners at the Fern Dean’s third pop-up night, at the end of September. Helen, an artist and one of the founders of the Merrion Square group, has been a resident for a year and a half. A former model with the Nan Morgan agency, she has enjoyed getting dressed up for the occasion, her daughter tells us.

Helena, who has worked as an arts correspondent in New York and as a press officer for the UN in Africa and Afghanistan, is delighted with the in-house fine dining nights. “I think it’s a great idea. Mum comes out a good bit, but there are other residents who mightn’t go out, so it is really lovely to have a special dining experience here on the premises.”

Meg McLoughlin is dining with her daughter Sue Hedderman, and her sister-in-law Maeve Noble. A lifelong hotelier, McLoughlin knows a thing or two about the hospitality business, and she is clearly revelling in the shared pleasures of good food and wine.

Mum can go out, but it is just less awkward to be able to come here, just from her bedroom

Her late husband was in the business too, and together they ran Broder’s Hotel in Mullingar. Chatting about their nights out on social occasions with Toddy O’Sullivan, who was the manager at the Gresham, and Paddy Fitzpatrick of Killiney Castle, it is clear that the evening is bringing back lovely memories for McLoughlin and her guests.

“Mum can go out, but it is just less awkward to be able to come here, just from her bedroom, because it’s less pressure,” Sue Hedderman says. “Mum has a fridge in her room, so they had a glass of sherry there first.”

Fr Eoin Cassidy, former parish chaplain at St Mary’s, Haddington Road, and head of the Department of Philosophy at Mater Dei Institute, is at the head of a lively table of six, including his sister Maureen. Former politician Gay Mitchell is seated on his right. “He was a great cook himself, he could run this place,” a guests says of Fr Eoin, who has attended all three of the pop-ups and has been a resident at the home for two years.

Geoff Cotter is having dinner with his wife Kathleen, who is a resident, and their daughter and son-in-law, Laura and Paul Maher. Cotter, who is a daily, often twice-daily, visitor to the Fern Dean, is looking forward to the smoked and cured salmon. “I was raving about it since the first time I was here. I thoroughly enjoyed it,” he says.

Chapter Two’s third pop-up has been a resounding success and Cillian Willis is delighted with the response. “It gives a sense of empowerment to our residents to be able to host, to invite people in, and some of the feedback has reflected that,” he says.

“It has been 18 months since I’ve been able to dine in a restaurant with my husband and family. You’ve no idea how wonderful it is to be able to do that again,” reads one of the comments from residents.

“We’ve only done it three times, but there are one or two regulars already,” says Ronan Willis, who adds that the initiative will also be offered when they open their next nursing home, in Foxrock, next year.

The trained GP who can’t work in Ireland, despite the shortage
6