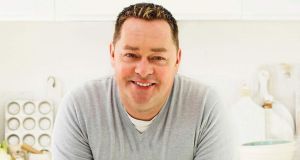 It has been a good year for Irish cookbook publishing, with some exceptional titles arriving on shelves, and some UK-published gems written by authors who are Irish, or have strong connections to this country. To mark this strong performance from the home side, we’ve selected some of the best as our food books of the year.

And if you’re wondering what Yotam Ottolenghi is doing among the selection – well, if the soccer players can get away with it, why not? On account of his Irish partner and frequent visits to Northern Ireland, he sneaks in.

Home Economics for Life, by Neven Maguire (Gill Books, €22.99)
This is simply an outstanding book, cleverly composed and beautifully illustrated with photographs by Joanne Murphy. As the first boy in his school to study home economics, Maguire’s culinary education began at an early age. But not everyone has that opportunity, and this book delivers really useful instruction and guidance in a stylish and accessible way.
It is a book I would delight in sharing with those beginning to explore the world of food, or those who feel their kitchen skills may be in need of a reboot. There are 50 excellent recipes, each with step-by-step photographs, the impact of which cannot be under-estimated. A tour de force, and my cookbook of the year.
Signature dish: The stew formula – one method, four pots of steaming goodness.

How to Eat a Peach, by Diana Henry (Octopus, £25)
“I don’t invite people round and then wonder what I’ll cook, I come up with a menu and then consider who would like to eat it.” This quote perfectly illustrates Diana Henry’s love and respect for really good ingredients, and the art of combining them to create a deeply satisfying meal.
Peach is a compendium of those carefully curated menus, woven together with beautifully crafted stories of where they were conceived and created. A joy to read.
Signature dish: That peach, of course. The answer, by the way, is to cut open the ripe fruit – white, if possible – and drop the slices into a glass of chilled Moscato wine.

The Currabinny Cookbook, by James Kavanagh and William Murray (Penguin Ireland, £20)
I read this on the train to Cork, where I was to spend the day cooking, eating and talking with the authors, and the lasting impressions I took from it was the maturity of the writing, and the originality of the recipes.
Ingredients with a whiff of retro – pickled, walnuts and pink peppercorns – pop up repeatedly. But they are balanced with some decidedly modern and modish ones such as kombu, wakame and cavalo nero.
This book has already picked up two gongs – Cookbook of the Year at the Irish Book Awards and at the Listowel Food Fair.
Signature dish: Penne pasta with ham, cabbage, wild garlic pesto and pickled walnut.

Ottolenghi Simple, by Yotam Ottolenghi, with Tara Wigley and Esme Howarth (Ebury Press, £25)
Groundbreaking is an overused word, but here, it applies. Confining the crown prince of Middle-Eastern cuisine to a limited palette of ingredients, rather than his usual smorgasbord, was a clever plan. The result, in the author’s own words: “Minimum hassle, maximum joy.” What’s not to like about that?
There are recipes among the 130 in the book that suit cooks who are short on time; who like to make things ahead of time; who like to work with what they’ve got in their pantry rather than embarking on a shopping expedition; who take the lazy option, such as one-pot or one-tray wonders, and who favour recipes that are easier than they sound and deliver in spades.
Signature dish: Lamb and pistachio patties with sumac yoghurt sauce.

Larder, by Robin Gill (Bloomsbury, £26)
Larder is a chefs’ book, there’s no denying that, and it wasn’t a surprise to see it in the kitchen at Shelbourne Social (Gavin McDonagh, head of development for the Dylan McGrath Group is a fan, apparently).
But it is also a great read and has its author’s distinctive sourcing and cooking style stamped all over it. Fermenting, preserving, pickling, curing, smoking . . . they’re all there, along with lavishly illustrated recipes and lots of stories from behind the scenes at Gill’s London restaurants and Sussex farm.
Signature dish: Slow-cooked lamb shoulder, brined and charred cabbage with ricotta.

From A Persian Kitchen, by Atoosa Sepehr (Robinson, £26)
Sepehr is an erudite and charming woman, whose story of her dramatic flight from Iran, to escape an unhappy marriage, stayed with me a long time after our meeting in Dublin. There is a joyful ending though. Now living between London and Dublin with her Irish partner, and intending on relocating to Ireland permanently, she has left behind software engineering and accountancy to explore her creative side. She also took the amazing photographs in this, her first book, which brings an ancient cuisine to life through a series of often-cooked, much-loved family recipes.
Signature dish: Pomegranate soup with meatballs.