Meet The Chef event: an evening with Sunil Ghai at his Pickle Eating House 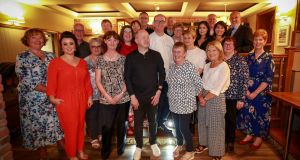 The fifth event in the Irish Times Food & Drink Club’s Meet The Chef series will take participants on a culinary journey across India.

Join award winning chef and restaurateur Sunil Ghai as he talks about his culinary career, leads a hands-on masterclass on Indian spices and shares his family’s pickling techniques, honed over generations, at Pickle Eating House, his restaurant on Camden Street in Dublin.

An interactive exploration of the myriad spices used by the chefs at Pickle, which specialises in Northern Indian street food, will be followed by a five-course tasting menu, created specially for the evening.

The event takes place next Tuesday, September 17th, 6pm-8.30pm, and tickets go on sale tomorrow (Friday, September 13th), at 9am, via a link in the monthly newsletter which will be emailed to members earlier that morning.

The club is free to join, and the sign-up only requires an email address. Click here to join.

There will be 20 seats available for the event and the €40 ticket will include a welcome drink, spice masterclass, five-course tasting menu, and a chance to chat to Sunil and have your Indian cooking questions answered.

No less than three local home economics teachers, a school principal, a retired GP, and a culinary school lecturer and department head, all from Donegal, were joined for the evening by visitors from further afield, including a significant number who travelled from Dublin.

A glass of Bog Hopper beer, brewed in nearby Muff, welcomed guests as chef McDermott demonstrated how to cook the first course on the tasting menu, Mulroy Bay mussels in ale, barley and parsley.

The hotel’s food and beverage manager Dermot Harkin served an Italian pecorino white wine with this course, and the langoustine risotto, and Greencastle-landed whole brill with bacon, cockles, fennel and salsa verde which followed.

Chef McDermott, who makes regular appearances cooking on TV as well as at food festivals around the country, then demonstrated how to pan-fry whole fish, using a Megrim sole caught – as was all of the fish used on the evening – by Adrian McClenaghan.

The meat course was braised Donegal hill lamb neck, with tomato, rosemary and courgette confit, with which a Merlot from the south of France was poured.

McDermott talked through the process of writing his Donegal Table cookbook, recently voted the best cookbook written by a restaurant chef at the Gourmand World Cookbook Awards, and revealed that a follow-up has recently been commissioned by O’Brien Press.

Other news shared on the night was that the hotel’s head chef Derek Creagh had just finished filming a TV show with UK chef Heston Blumenthal, with whom he worked at the Fat Duck, which will be screened later in the year.

After a lively final Q&A session, the evening wrapped shortly before midnight, with chef McDermott due on stage at Electric Picnic the following morning.