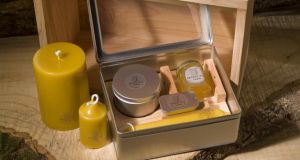 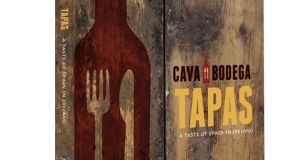 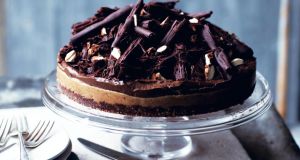 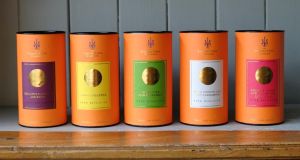 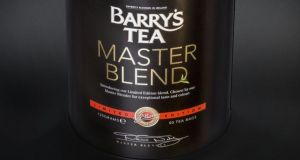 Buzzy idea
What could be nicer than honey from your own hives? Well, it could be that someone else minded the bees, and as an added bonus made lovely natural honeycomb candlesticks and lip balm from the hive too, and delivered them to your door.

Brookfield Farm on the shore of Lough Derg in Co Tipperary is offering the chance to buy into its apiary by investing in anything from an eighth of a hive (€75) to a complete queen bee hive (€400). For that, you’ll get a minimum of five jars of your own hive’s honey, right up to at least 30 250ml jars from the whole hive, plus the candles and balm in a presentation tin, regular updates on your hive, and an invitation to the farm’s “Honey Celebration” after the harvest ( August or September), when you can see your busy bees and collect your honey.

It’s a lovely idea, the brainchild of Ailbhe Gerrard who studied sustainable development and organic farming before taking over Brookfield Farm, alongside her family home, four years ago. The hives are tended by academic-turned-beekeeper Arno Schouwenburg, and the farm also sells its own lamb, in season. Best of all, you can buy the hiveshare online – just print out the order form and wrap it up nicely if you’ve been caught short in the giftgiving stakes – at brookfield.farm. 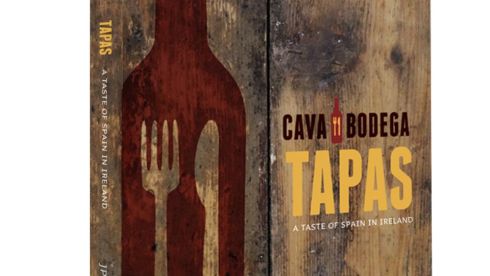 Helpful hints for inspirational dishes
It’s not too late to stock up up on some cookbooks to provide inspiration. Restaurateur, chef and academic JP McMahon’s first book, Tapas, A Taste of Spain in Ireland, features recipes that are or have been on the menu at Cava Bodega, one of his three establishments in Galway. McMahon describes is as “the story of a Spanish restaurant in Galway”. It is on sale online at cavarestaurant.ie, priced €25.

Food writer Roz Crowley has done a lovely job of editing The Lettercollum Cookbook (€21), Karen Austin’s collection of recipes from The Lettercollum Kitchen Project, a bakery and delicatessen in Clonakilty. It’s mostly vegetarian, with some fish and occasional chorizo guest appearances, and it’s just the thing for the lean days of January and February. 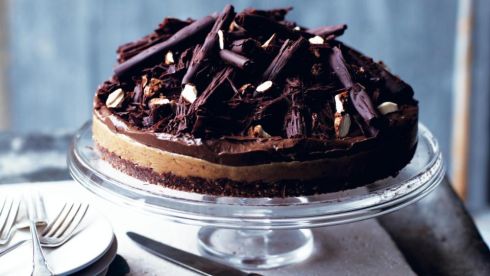 Natural & healthy
If your January plans include healthy eating but not deprivation, you’ll find lots of inspiration at Jordan Burke’s cookery demonstration at Donnybrook Fair in Dublin 4 on Saturday, January 3rd (10am-12.30pm, €60). This chocolate and nut butter tart is one of the dishes, some of them healthy, some indulgent, that will be cooked by Burke, who is from Dún Laoghaire but works in London as a food writer, chef and food stylist. Falafel with hummus and sambal dressing, and Korean style mapo tofu, from his latest book, The Natural Food Kitchen, will also feature. Places can be booked at donnybrookfair.ie, Tel: 01-668 3556. 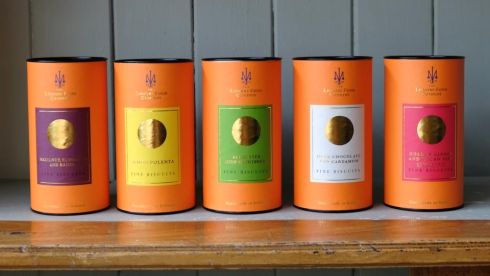 Take the biscuit
Lismore Food Company may make the most glamorously packaged biscuits on the market. As if the gold embossed cylinders weren’t fancy enough, the contents are wrapped in tissue, too.

The current range of shortbread, dark chocolate and cardamom, lemon polenta, hazelnut, cinnamon and raisin and golden ginger and cacao nibs will be joined next year by a savoury range. “We’re experimenting with terrific Irish artisan cheese, seaweed and smoked butter,” says Ken Madden, who runs Lismore with his brother Owen, and Beth-Ann Smith. They cost €6.50 – see thelismorefoodcompany.com 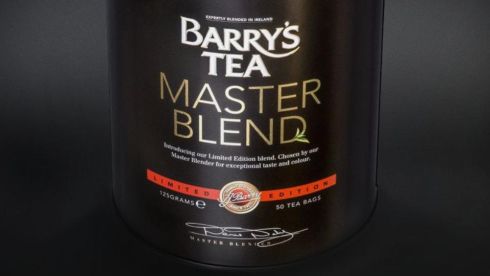 Tea for connoisseurs
Barry’s Tea has produced a Master Blend – created by blender Denis Daly – that has gone on sale for the month of December. Just 7,000 canisters of 50 teabags were produced. They are priced €5.95 at Dunnes Stores and SuperValu and barrysteashop.ie.