Beerista: Dot Brewing and 12 Acres have made a very tasty rye IPA, while Yellow Belly has teamed up with Rising Sons, and Wicklow Wolf with Scotland’s Fierce Beer 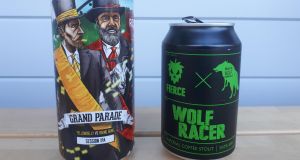 Grand Parade, a new 4.3 per cent session IPA made by Wexford’s YellowBelly and Cork’s Rising Sons and Wolf Racer, made by Wicklow Wolf and Scotland’s Fierce Beer 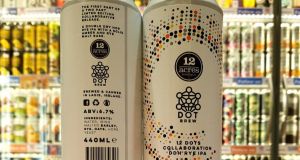 Impressive: 12 Dots, made by 12 Acres and Dot Brewing, is one of the tastiest collaboration beers of late

Craft brewers love their collaborations and 2019 will see plenty more of them, if the number already on the shelves is anything to go by. Collaboration beers are a good way to find out more about a brewery you may not have tried or heard of before – though they can be a bit hit and miss.

You can see the appeal of collaboration from a brewer’s perspective, particularly if it means a smaller brewery has an opportunity to brew on a bigger system; there’s an exchange of ideas and techniques; and in general collaboration beers support the goal of the wider craft beer community working together to make high-quality alternatives to the industrially-produced ones.

From the consumers’ perspective, however, collaboration beers can often seem like a marketing exercise with both parties making lots of noise about their co-creation. While the special, one-off nature will appeal to the beer-tickers, it can be a bit of a gamble for others – with some beers not especially reflecting the style or nature of either brewery – especially if you’re forking out a bit more for the experience.

You won’t go wrong, however, with Grand Parade, a new 4.3 per cent session IPA made by Wexford’s YellowBelly and Cork’s Rising Sons. It’s light-bodied, easy-drinking and with a good hoppy kick, as a session IPA should be.

Wicklow Wolf is another big fan of collaborations and they recently teamed up with Scotland’s Fierce Beer to make an imperial coffee stout called Wolf Racer. This is a big and rich, 10 per cent sipping beer with lots of coffee and vanilla flavour and with an alcohol heat that builds quickly as you drink.

Finally, 12 Dots is one of the tastiest collaboration beers of late. This is a 6.7 per cent double dry-hopped rye IPA, made by 12 Acres and Dot Brewing, with a touch of spicy rye flavour and loads of juicy hops.

This ice-cream delight is an old-fashioned Italian classic