Donal Skehan: Eat like a Greek and live to 100 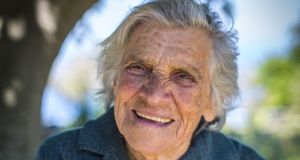 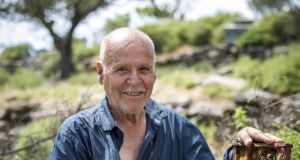 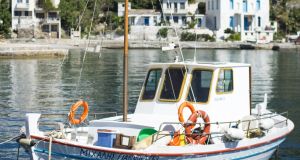 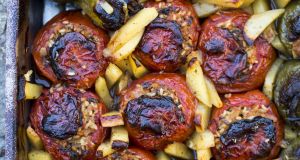 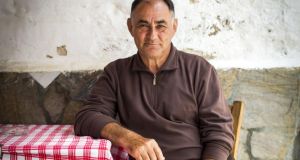 ‘The island where people forget to die” is a tagline that was given to the tiny island of Ikaria in Greece by Dan Buettner in an article in the New York Times. Buettner, an author and explorer, is attributed with bringing the term “blue zones” to the world. It references regions across the continents where residents live to record-setting ages, attributed to positive diet and lifestyle practices.

Last summer, I travelled to Ikaria. This small island, a short flight from Athens and close to the Turkish coast, has been identified as one of the five blue zone areas of the world – others include Okinawa, Japan; Sardinia, Italy; Loma Linda, California; and the Nicoya Peninsula, Costa Rica.

Ikaria, along with these, has the highest concentration of centenarians, and residents are said to live longer, healthier and happier lives than the rest of the world. The Ikarians attribute their longevity to five key principles: active lifestyles, a strong belief in religion, tight-knit families and communities, a stress-free mindset and a mainly vegetarian diet.

We lodged with Ikarians George and Eleni Karimalis, who run an organic farm and B&B from their vineyard high in the mountains. George’s family have been making wine on the island for more than 500 years and he and Eleni were incredibly generous hosts. 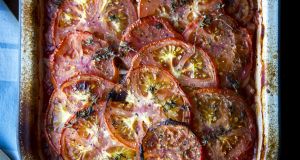 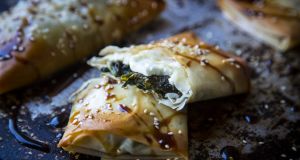 Eleni is a fantastic cook with great knowledge of the island’s traditional dishes, passed down to her by George’s mother and her own. At each mealtime, she brought me into her small kitchen and put me to work, picking herbs, rolling filo pastry and making cheese.

I was surprised by just how little she relied on meat in her cooking and instead used ingredients grown in the garden to create clever, filling and healthy meals.

Lunch was salads and dinner was a feast of stuffed peppers with rice, baked off in a wood-fired oven, and for dessert, a sugar-free grape jelly with yoghurt, sesame seeds and grape syrup. It was lighter, cleaner, inspiring eating with barely any meat or refined sugar in sight.

Though sceptical to begin with, after five days on the island I felt more relaxed and energetic than when I arrived. Although I’m not sure the recipes here will help you get to 100, they are truly Ikarian and taste fantastic.