Black Irish Lives: Let’s set an example of what an inclusive, dynamic society can be 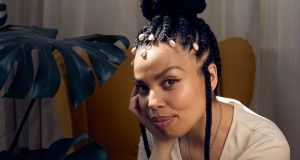 Following the killing of George Floyd on May 25th, US cities erupted in flames. This fire was not one that could be contained by national borders. Around the world, people took to the streets. From Bristol to Belgium statues of slavers and colonisers were torn to the ground, and throughout it all, the resounding cry: Black. Lives. Matter.

Around the world, people of every creed and colour protested, united in their horror that in 2020 black life was still rendered so worthless.

When I was invited to write a piece for The Irish Times Magazine in response to these seismic events, I suggested instead a special issue of the magazine – a rare opportunity to hear from black people who are often talked about, but rarely listened to, people whose stories and histories have been suppressed, refuted or denied.

The discourse in Ireland around race often gets little further than demanding we endlessly list off the painful details of the (countless) racist incidents many of us have endured. This somewhat sensationalist approach invokes the pity of some and the rage of others, achieving little more. It also reinforces the belief that racism only exists in its most explicit manifestations, so those who haven’t physically attacked a black person, or shouted racial slurs at us, can congratulate themselves on not being racist. All of the structural ways racism impacts upon black life go unchecked.

Furthermore this approach reduces black experiences to little more than the experience of racism itself.

In contrast, the stories and people on these pages express the breadth of diversity that is black Irishness. Racism is touched upon, because it remains a part of our reality, but it does not constitute the entirety of our being. I’m so excited by the way Ireland is evolving and the transformations our wonderful country is undergoing which I hope is reflected in today’s magazine.

Despite the physical absence of a sizable black population in Ireland until very recently, this did not prevent fixed and reductive ideas about blackness looming large in the Irish imagination. Sadly these attitudes, that find their origin in the British imperial project, remain prolific across the nation.

For centuries we’ve been conditioned to see the world through the lens of race. Part of that worldview is the internalisation of two invented concepts: blackness and whiteness, with negative and reductive assumptions about blackness and inherently positive ones about whiteness. These assumptions continue to dictate black people’s experiences of everything from police brutality and harassment to disproportionate punishment in school.

Black people are rarely presumed to be good or soft, kind or gentle and certainly not intellectual or cerebral. The terms far more likely to come to mind are aggressive, criminal, scary, dangerous or perhaps if we’re lucky, we might be reduced to racist fantasies about our sexuality or about our bodies, we are “natural athletes” after all, and “insatiable”.

Black people’s value seems to be found in our ability to entertain or titillate – but little else.

Contrary to popular belief, Ireland is not somehow magically immune to this worldview either. Racist tropes of blackness abound. The academic Angeline Morrison notes that the “vast majority of racist insults had some kind of sexual overtones . . . this is a specific character of Irish racism . . .The sexuality of immigrants, particularly but not exclusively black ones, has long been represented as exotic, taboo and dangerous”.

It is remarkable that so many people remain offended by the mere suggestion that they themselves might subscribe to these beliefs. Maybe you are as you read this. If so, ask yourself, what is it that makes you immune to the centuries of socialisation?

These ideas of black and white races – each with their own inherent intellectual and physical capabilities – were first established in the English colonial Caribbean in the 1600s, primarily to dehumanise Africans and justify their enslavement upon which western economies would become so entirely dependent. But the invention of race as we understand it today was also partially motivated to shatter the solidarity that was developing between enslaved African and indentured Irish, and which posed a threat in the earlier colonies like Barbados.

After almost 400 years of exposure to these ideas it’s time to stop the proclamations that you “don’t even see race”, the defensiveness, and the denial.

Pretending racism doesn’t exist doesn’t make it go away; on the contrary, the dark gardens of denial provide fertile ground for it to flourish. Guilt too is unhelpful. This is a system we’ve been born into, of that we have no control. However what we do have control over is whether or not we continue to perpetuate it.

Like other colonial inheritances that we are eager to dispense with, our inherited notions of black inferiority are ones we should enthusiastically consign to the dustbin of history.

Rather than follow the lead on race relations from the US or indeed the UK, let Ireland define its own path in setting an inspiring example of what a prosperous, inclusive, dynamic society can look like.

Emma Dabiri is a broadcaster, academic and author of Don’t Touch My Hair (Penguin)

A Greek chicken souvlaki that is fun, fresh and familiar
Real news has value SUBSCRIBE