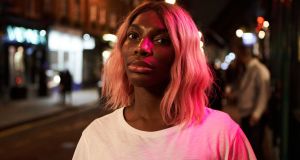 ‘He is a rapist. Not rape-adjacent, or a bit rapey – he’s a rapist’: Arabella (Michaela Coel) in I May Destroy You

If you haven’t yet seen BBC drama I May Destroy You, I suggest getting on the case immediately. The series, lauded by critics and audiences alike, reached its conclusion this week in the same hard-hitting manner that it started. As you might expect from a drama in which a young woman processes a night on she was drugged and raped, it’s not a comfortable watch. It is, however, a dazzling, original drama that pulsates with urgency. Aside from its near-perfect scripts (by creator and star Michaela Coel) and slick production, I May Destroy You is also a troubling reminder that, even in this post-MeToo era, even the most street-smart and enlightened of women are far from safe.

Thanks to #MeToo, we’re better able to see sexual abuse and violence for what it is. We can call out workplace harassment, and understand a sexual situation in which consent hasn’t been given. Women and men have become emboldened to call others out on maladaptive behaviour. They’ve been encouraged to come forward and report incidents (a 2019 study by Yale University shows that overall reporting of sex crimes increased 14 per cent across 24 countries in the wake of #MeToo). Yet date/drug rape remains an unknowable, slippery area; an insidious act, with a nasty cloud of doubt still cast around its edges.

In 2019, within the six sexual assault and treatment centres in Ireland, 16 per cent of service users were concerned that drugs (including drinks spiked with more alcohol) were used to facilitate a sexual assault. Suffice to say that, for all the strides we’ve made in the arena of sexual violence, drug-facilitated sexual assault remains hugely underestimated, not to mention misunderstood. It’s seen as something that happens to others; a small, unfortunate minority. Victim blaming still abounds.

An acquaintance – a powerful, smart and sassy woman – recently referred to a night out she had a couple of months ago. Around Christmas, a lively period at the best of times, she had met a man, who had latched on to her and her female friend as they moved from one bar to the next. He mentioned that he was meeting someone, had time to kill and might join them for a cocktail. Two cocktails later, it was time to call it a night, and this man casually motioned for my friend to finish her drink. After this moment, she blacked out. To her girlfriend, she still appeared largely coherent.

She recalls little of what happened next; afterwards, however, her mind raced, as blacking out was a new thing for her. Three hours later, my friend came round on a quiet backstreet, with the man beside her and a stranger warning him to leave her be. Afterwards, with a little research, she concluded that the final drink had been spiked with GHB (gamma-hydroxybutyric acid, a common date-rape drug).

More than anything, she was perplexed at her own supposed “part” in this. Her thoughts kept circling back to herself, and what she might have done differently.

(I thought, too, with a shudder at how many times I’d finished a drink that someone else proffered on a night out.)

She decided to chalk the entire event down to an unfortunate night out. Being in the wrong place at the wrong time. As a precaution, she attended medical services at a sexual assault clinic, and was informed that there was no way to prove if there had been drugs in her system.

Despite encouragement from several others, she decided not to report the incident. I can think of nothing more frightening than not knowing exactly what might have happened on that quiet street. The not knowing disturbed my friend, too, but without being able to know for sure, she chose to focus on the intervention of the passer-by as a blessing.

Despite major strides in the area of sexual violence, drug-rape remains a situation in which victims are expected to wield a certain element of personal responsibility in order to reduce risk. Campaigns tell women: Keep your wits about you. Don’t leave your drink down anywhere. Don’t accept drinks from a stranger. Be vigilant. We’ve been told time and time again that it’s not on women to dress, act, or imbibe a certain way: the onus is on men not to assault.

And yet. And yet.

If we are to make strides in this one arena, we need to cut through the idea that this is an “invisible” assault that happens to an unfortunate few. Rape, in its many awful guises, is hideously commonplace. Whatever the circumstances, there should be no blurring between victim blaming and personal responsibility; something that surely complicates the burden of trauma even further.

In I May Destroy You, Michaela Coel’s character deals with her recovery by telling herself that “there’s a war in Syria” and to “remind myself of the bigger picture”. A victim shouldn’t expect to process this sort of violation on their own, and with a resigned stoicism.Coel’s character, Arabella, a novelist, outs a man that removed a condom during sex with her (an act called ‘stealthing’), from the stage at a writers’ event. For her, there is no grey area anymore. “He is a rapist,” she says. “Not rape-adjacent, or a bit rapey – he’s a rapist.” Consent not given? It should be as simple as that. The onus must remain on rapists, irrespective of the means that they use to overpower a victim, not to rape – and never on victims to stop them.