Cancel culture is poisonous and frightening. It needs to be cancelled 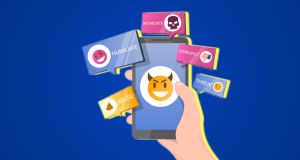 The best and worst thing about your school years is that they stay with you forever. Ask anyone about them, and they usually identify themselves as being in one of two camps: those who were bullied or humiliated, or those who looked down at their shoes as the bullying was happening, silently glad it wasn’t their turn this week. No-one, interestingly, ever identifies as the bully itself.

For anyone missing that particularly juvenile dynamic, there’s always Twitter. A place where people get routinely shamed and humiliated and no right-minded person ever sees themselves as the bad guy, despite hearing time and time again about how toxic and vile a place it can be.

Barely a day goes by when we don’t read about a public figure “facing backlash” or “issuing an apology” or “igniting fur”’, with a Twitter mob calling for their entire livelihoods to be revoked. Sometimes they have an opinion that runs counter to an inclusive, compassionate way of looking at the world; sometimes their gaffe is an historical one.

Social media is a nuance-free zone without a shred of perspective, and many people don’t want to hear thought out, multifaceted arguments. They certainly don’t want to counter the possibility that a person has a viewpoint that doesn’t meet our own particular yardstick.

Instead of conceding that the areas of, say, reproductive rights, or trans rights, or racial inequality are complicated ones that needs to be teased out meaningfully, the Twitter mob’s knee-jerk reaction is to shut down discourse with a singular stance: you’re either with us, or you’re not.

I’m certainly no fan of JK Rowling’s viewpoints on trans women, but threatening to burn her house down, or issuing her with death threats, isn’t quite the way to advance any meaningful discussion around transgenderism.

Earlier this week, new Green Party Minister for Children Roderic O'Gorman found himself at the business end of what he called a “far-right social media pile-on”.  O'Gorman had marched alongside LGBT activist Peter Tatchell at Dublin Pride (and, O'Gorman says, met him just the once).

Tatchell had written in a 1997 letter to the Guardian in which he mentioned friends of his who had made a “conscious choice” to have sex with adults when they were under the age of 13. Tatchell has since said that the letter was edited, and that this viewpoint is impossible to condone.

No matter; the social lynching happened anyway, with many calling for O'Gorman to resign. What ensued was a highly charged stream of comments that was closer to a bloodsport than a sensible conversation.

Here’s another example. A few weeks ago, a number of allegations of sexual misconduct and sexism within the Irish comedy industry came to light on Twitter. As an unnamed entertainer was accused of being emotionally abusive and manipulative to a fellow (female) performer, what followed was a slew of similar stories from other women within the industry. A pretty disturbing picture of misogyny and abuse of power within the industry came to light.

Asked to write a follow-up story on this, I approached a number of comedians. Many of the female performers I talked to are clearly tired of talking about sexism in the industry. Emotions had quite understandably been running high as these allegations broke, and some women confided that they were too afraid to talk out publicly, for fear of reproach, or worse, online. For perhaps the same reason, not one male comedian I contacted even responded. And that was the end of that. What could have been a meaningful public discussion beyond social media never came to pass.

Don’t get me wrong: online activism needs many voices in order to be heard. And people should be angry about these issues. The sheer numbers of people who posted about #BlackLivesMatter or #RepealThe8th, #IBelieveHer or #MeToo gave each of those movements their propulsive power. Hundreds of thousands of people make these social issues too big for everyone else to ignore, and this is a wonderful thing, often resulting in a long overdue paradigm shift.

But sometimes we need to see the difference between activism and meaningless online performance. Activism means giving people who need it a platform to share their lived experiences, in a way that’s safe and comfortable for them. Activism means encouraging people to think about certain issues in a different way about something than they might previously have. It doesn’t mean getting into a scrap with someone who doesn’t agree with every note of your thesis. It also doesn’t mean publicly humiliating people for stupid things they said years ago.

Performative Twitter backbiting gets people cancelled, death threats issued and, as corporations scramble to decontaminate their brand and get on the right side of the Twitter mob, livelihoods revoked. Shutting down the conversation with righteous indignation and aggression just means that ordinary people, still learning the nuances of, say,  race relations or sexual harassment or gender identity, are going to back away. And with it, the possibility for change fades.

If you blacked out your Instagram photo to stand in solidarity with people of colour, or added a rainbow to your Twitter handle to identify yourself as an LGBT ally, great. If you’ve retweeted the words of a person directly affected by hate or bigotry or inequality, even better. But don’t sit back and think that you’ve done your bit to obliterate social injustice. If anything, these gestures let people off the hook from doing anything more substantial. If everyone who bitched about the mental health services in this country went and looked into volunteering at a dedicated helpline, how much different would things be? How many people who publicly had a pop online at entertainers for using blackface in their comedy have genuinely called out racism when they see it in front of them?

Publicly pointing out people’s imperfections or hypocrisy online takes either weapons-grade levels of chutzpah or stupidity, because virtually no-one is perfect and virtually everyone is a hypocrite to some level or other. It’s not activism; it’s poisonous. Next time you hear someone describe Twitter as a vicious cesspool , or a person say they need to take a holiday from social media for their mental health, just stop and ask yourself exactly how much of that might be your doing.

Miscarriages and IVF: chasing a rainbow baby (and when to stop)
4