What's attracting 1,000 Irish students to the Netherlands this year?

Low fees, fewer points: the benefits of courses taught through English in Europe 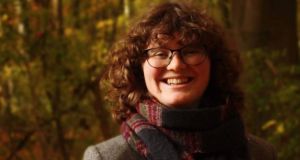 Ailish Lalor: ‘I didn’t want to pay UK tuition fees, so the Netherlands was a nice middle ground.’

As Leaving Certificate students around the country await Monday’s CAO offers in the wake of their results, there’s a chance that some of their peers have already started their third-level education. At Leiden University College (LUC) The Hague in the Netherlands, four Irish students are among the 200-plus first year students beginning their introduction week at the English-taught institution.

Bríd Walsh, an assistant professor at LUC and Kerry native herself, has seen a marginal increase in Irish student intake at the university.

“Our interdisciplinary programme, focused on global challenges, is quite unique. We also have small class sizes, about 20 students per class, with plenty room for discussion. I think students are also drawn to the fact that they do not need to immediately choose what they want to study within our programme - they first have to take a year of compulsory courses before deciding on which of our six majors they will follow.”

The increase in Irish students in the Netherlands isn’t limited to Leiden University College. According to Eunicas, a Clare-based company which assists in transitions to European universities, the number of Irish students enrolled in Dutch universities is expected to exceed 1,000 in autumn 2018.

This growth is also apparent in other countries on the European continent. The Czech Republic, Hungary and Italy offer medical courses through English, and Denmark has become an attractive educational destination due to its fee-free status, and free healthcare provision to all EU students.

Guy Flouch of Eunicas attributes the growth to highly-ranked educational opportunities available to Irish students in the Netherlandsfor a much lower cost.

Additionally, Flouch says, Dutch universities are able to introduce themselves directly to Irish students through the “OMG We’re Going Dutch” events that visit Cork, Galway and Dublin, with the next to be held in October 2018.

The basic entry requirements of admission to 90 per cent Dutch universities, which do not have a limit on course places, are for an Irish student to have six passes in the Leaving Certificate, with two subjects at higher level. The remainder have a limit on admission space. Dutch universities are also forbidden by law to select students exclusively on grades, according to Flouch, so motivational letters and interviews form a and so there are two cognitive measures, which in addition to academic performance, are also part of the admissions process, such as motivational letters and interviews.

Annual tuition fees are set by the Dutch government, at €2,060 for 2018/2019 academic year. A small number of programmes require an additional supplement. All EU students are entitled to a student loan from the Dutch government to cover their tuition, which is required to be repaid within 35 years following graduation.

We spoke to three Irish students who are studying, or have studied, in the Netherlands to find out more about what motivated them to study there and what their experiences were like.

I’m getting my Bachelor’s degree in liberal arts and sciences, concentrating on psychology, economics, and public health.

The application process was easier than the CAO for sure. My course is special in the Netherlands, so I had interviews and an application letter for my motivation to study. I’m not sure of the points necessary to study something similar in Ireland, but I don’t think the course exists in Ireland. I get to pick new subjects every eight weeks and have class sizes of around eight students on average.

The fees are €2,000 per year, so it’s cheaper and higher ranked, and an interest-free loan is available for EU students. The course is fully in English and there are around 90 people in my bachelor’s programme, so we have a small community. There was another Irish student, but he just graduated.

I’m studying human diversity with a minor in English literature.

To be honest, it was initially less about choosing the Netherlands and more about not studying in Ireland. I went to a particularly conservative Catholic girls’ school, and the way I put up with it was by promising myself I’d go somewhere completely different afterwards; not that an Irish university would have been anything like my secondary school, but choosing to go abroad was definitely a reaction.

I knew I wanted to study something sort of political and sort of artsy, but I wasn’t sure what, so when I came across the idea of a university college, which are very common in the Netherlands, it all just came together. An additional factor was money; I didn’t want to pay UK tuition fees, so the Netherlands was a nice middle ground.

I would definitely recommend it. Being completely away from home was really good for me, I think; it allowed me to figure out who I was, and also gave me a sense of pride that I could manage by myself. If I’d stayed in Ireland, I wouldn’t have had this sense of adulthood (at least not as fast). I’ve made friends I’d never have met otherwise, and these people have also changed me. I absolutely adore the Netherlands now and plan on staying for the foreseeable future.

I was enrolled in a BBK, a Bachelor in Boukunde, which translates as “built environment” in English, for a year at Eindhoven University of Technology.

My decision came down to the low cost of tuition fees, the fact that the course was being taught through English, and Dutch people’s excellent use of the English language in everyday life, and because Dutch architecture schools are well regarded around the world.

The application process was pretty straight forward. My Leaving Cert results were the most important factor in regarding whether I would be accepted into the course, with little consideration given for my third level progress (I had already completed a four-year engineering degree).

I travelled over to Eindhoven with the intention of attending what I believed to be an architecture school in the same mould as one in the UK/Ireland, where creativity and design are more to the fore as opposed to engineering and structural fundamentals. And having already finished my engineering degree, there ended up being too much cross-over in the two courses. I felt that there were more effective methods of achieving my ultimate goal than spending another three years repeating myself. Saying that, it would have been a great bachelor’s for me to have done originally, as it would have allowed me to balance my interests between architecture and structural design.

To anyone planning on heading abroad to study, I would advise them to visit their prospective university once at least and sit down with somebody from the department and find out exactly what is going to be taught. I did visit the university before I started my application process but my mistake was not finding out the exact breakdown of the course. Don’t go over expecting to receive exemptions or allowances for previous study as I did.