‘I vowed not to die, and blow my savings to change my life’

At 39 I almost had a stroke. So I sold my car, rented my house and booked a flight to Morocco 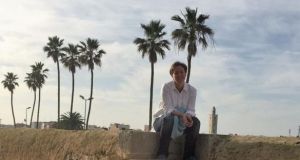 Michelle Walshe in Marrakesh: ‘I resigned from my job, rented out my house, sold my car, cancelled my gym membership, packed two suitcases and booked a flight to Morocco, where I had been on holiday once for a week.’

One month before turning 40 I went into hospital for a routine day procedure. The appointment had been made months before and, in the lead up to it, despite feeling physically fine, I had a persistent, nagging feeling in my gut that all was not well.

I was working hard, travelling and playing sport. This was a time before “mindfulness” as a concept had entered the national lexicon. The only mindfulness going on was that my mind was permanently full of to-do lists. One week before the appointment I had a blinding headache. It was so bad I needed to lie down. That same week, my vision blurred while watching television. I paid no attention.

The day of the procedure the anaesthetist appeared before me clad in pink scrubs and announced my blood pressure was very high. He asked me did I ever get headaches?

Everything happened very quickly after that. My gut feeling had been right. It always is.

My blood pressure was so high they called it malignant. They thought I was going to have a stroke - at 39 years of age. Or a massive heart attack.

The coronary care unit had an entry code keypad like an ATM. Four digits to access your money, four digits to access your death. It was like a scene from The Handmaid’s Tale. Sterile, white, silent, apart from the whirring, beeping machines flashing pulse rates, blood pressure numbers, heartbeats per minute. Deaths were reported over the phone every morning.

Cardiology though for all its seriousness, is the most romantic of the medical disciplines. The doctors may well be mostly concerned with narrowed arteries, cholesterol build up and 30 minutes of daily exercise for optimal heart health, but it turns out the best thing you can do for your heart is… get married! Life is easier as a pair, they told me. They also kept asking if I was pregnant. But that was for medical reasons. I was neither married nor pregnant.

My body immobile, my mind alert, I made some decisions in that hospital ward. The first was not to die. The second was to spend my savings account as a reward for achieving the first decision. The third was to turn my life around. 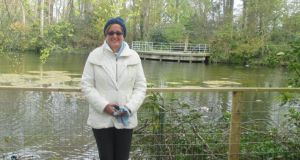 After a prolonged recovery period - it took 12 full months to get my medication right - I figured I was as well as I was ever going to be, and possibly on borrowed time. Sentenced to being forever on medication I decided to stop being so careful and to be a little careless instead, or rather, carefree. Rather than throw off one shackle, I threw them all off, at the same time; I have never been one for half measures.

I resigned from my job, rented out my house, sold my car, cancelled my gym membership, packed two suitcases and booked a flight to Morocco, where I had been on holiday once for a week.

I could be accused of frivolity in my decision-making process, but when life falls apart and all the carefully constructed walls you have built tumble around you, monumental decisions such as where you are going to live are often more easily made than buying a new pair of shoes. I’ve lived in Europe, Australia and America. I’ve travelled in Asia. I wanted to go somewhere new. That was the sum extent of the rationale behind my decision.

I briefly toyed with the idea of South America, but fear of a relapse or a problem with my medication so far from home didn’t appeal to me. There was the language barrier too, I would have had to have dusted off my Spanish vocabulary and taken some classes. But I speak French. Instant integration.

I didn’t go completely on a whim. I found a teaching job online and did a Skype interview. The job came with an apartment, a good salary and an opportunity to live and work in Marrakesh, Africa’s brightest tourist light, but truthfully, I had no idea what I was letting myself in for. Nor did I care. I existed in a sort of zen numbness, or shock, or survivor euphoria, where details just didn’t affect me.

Morocco, even though it was an assault on the senses, and on my Western sensibilities, gave me space, time away from the doctors, the hospitals and the shocking seriousness of what had happened to me. It was a clean page, no-one knew I had been sick, no-one tip-toed around me, and I didn’t have to spend all my time talking about treatment and appointments and medications.

The horror began to fade, I started to focus on other things and to forget the trauma for longer and longer periods of time as I decorated my new apartment in tranquil Moroccan hues, discovered hammam, cooked tagines and couscous, prepared my English classes and negotiated the souks.

I stopped feeling afraid every time I looked at the blood pressure monitor. I no longer lay awake at night imagining my blood, viscous and struggling, pushing against my damaged vascular walls trying to reach my heart. I no longer stared in hatred at my medication every morning.

I let it go, this thing that had robbed my identity, my confidence and my accomplishments and pushed them all to one side as it took over and defined me and labelled my very existence as hypertensive.

I picked up my tennis racquet for the first time in a year and played on clay, my favourite surface, as the sun set in the heart of Marrakesh, and remembered it was good to be alive.

What I realised very quickly was that when you lose your health, there isn’t really a whole lot left to lose. Everything else falls away. All the things that caused you stress suddenly become unimportant. All you were striving for seems like a waste of precious energy. All the people who ever annoyed you, you can’t remember why and forgive easily. Your definition of success changes, it’s no longer about houses and cars and stuff, but about simply being alive and remaining that way. All those anxieties and fears and insecurities that blocked your path in the full of your health, it is as if you detach from them, observe them from a far-away place and wonder, really wonder, what they were all about.

Vulnerable is a word that enters your vocabulary and never really leaves. Now, every morning, as I take my medicine, I am reminded of the fact that I am being kept alive by a chemical substance. Every day it is a new shock. It never gets any easier to deal with.

One plus side to being sick, the only one; I looked amazing. After a year of no alcohol, daily exercise, early nights and minimum stress I had glowing skin, a svelte body, clear eyes and shiny hair. And a tan. I had dropped a couple of dress sizes without even noticing. I started smiling again for the first time in a long time. It wasn’t like I needed reminding that I had a heart, but I had forgotten it could bring happiness, so preoccupied was I with keeping it healthy. I met him on a tennis court, sun in my eyes, dust swirling around us.

I’m happy to report that the entire cardiology department was right - life is easier as a pair!