‘We felt Ireland forced us out, we felt betrayed’

I was a teacher, my husband a carpenter but we struggled to find somewhere to live 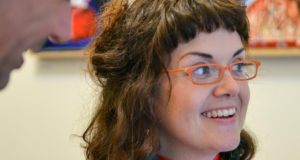 When we lost our home in Dublin, my husband and I moved to Berlin on July 9th, 2015 with everything we owned in a van, along with our two boys and our dog. Arriving in Berlin, we had no jobs and no apartment. To describe the last three years as an adventure is an understatement. I’ve cried more than one river.

What is stuck in my craw about Ireland is the feeling we had two choices: to stay in the bleak rental market or do something mental. This is where the idea for the Craw festival in Berlin - which begins on June 22nd - came from: to engage what frustrates us in Ireland in a constructive way.

It’s taken me a long time to face up to the betrayal and anger we feel towards the place. But doing so has change our relationship with Ireland, to which I still feel deeply, profoundly connected.

My husband and I never felt the insanity of the Celtic Tiger property market; even the term “property ladder” didn’t seem right. We were happy in our inner-city Dublin flat until our son came along and I saw the city with new eyes and felt a desperation to get away from the dysfunction, the drugs, the noise and the violence.

When I heard gunshots outside the window one night I knew we had to move, but we found ourselves living in a tiny house in a massive complex beside a motorway: safer, but a car-dependent cultural desert.

With no prospect of living where we wanted, we began spending summers in Berlin and found a place that, even with kids, was exciting: space, public transport, playgrounds. Berlin has really good basics compared to Ireland, especially on a small income.

We moved again in Dublin, but were eventually put out by our landlord. I couldn’t shake the melancholy, of feeling it was my fault. Only the move to Berlin has allowed me tap into this collective Irish pain around homelessness. And the minute I started to engage with it, a weight lifted and I felt like I could go on.

Emigrants: What's 'stuck in your craw' about Ireland?

Craw was born from this journey: a multi-disciplinary festival to engage with what bothers us about our national shadows, making art, bringing it out to heal it.

It’s not about beating the same drum or whinging or moaning, it’s about sucking out the puss, cleaning the wound, letting it go and moving on.

Berlin has made this process possible for me, even though my friends are sick of me talking about how amazing the place is. A year ago I started painting and felt a floodgate open towards Ireland. It feels like I’m chatting to my ancestors. I don’t think this creative process would have happened in Dublin.

Berlin has created an inner space I don’t have in Ireland which, for me, is like landing in a bowl of warm, tasty, heavy, slow porridge.

Berlin attracts can-do creative European immigrants. Ireland is so small that the same few people end up in Hot Press and getting the arts grants.

It’s not just the space of Berlin that has allowed me reinvent myself in my mid-40s, with children. Berlin also gets the basics right - housing, public transport, playgrounds - which makes all the difference to how you experience life, especially if you’re on a small income.

We felt Ireland forced us out, we felt betrayed. I had worked as a teacher for 20 years, my husband had worked hard as a carpenter, we were socially engaged but we struggled to find somewhere to live. Ireland forced us beyond our comfort zone, which was stressful but rewarding and we have grown. To survive our crisis we had to leave.

In Ireland I see many people in crisis, just about holding it together but trapped in a neo-liberal hamster wheel: struggling to pay for their home, childcare and the basics. They haven’t time to think, to engage, to be creative because, like everyone else, they are so exhausted just trying to get through the day. But no amount of consumption or distraction can suppress this crisis, these demons. Eventually this will engulf and destroy.

I hope Craw will be an opportunity to work with these shadows, dance with them, learn from them and put them in their place.

Berlin is my mistress, I love her, she’s sexy, risky, dark, and hard but I’m in bed with her. Ireland pushes my buttons, wrecks my head. I can’t escape her but, right now, we can’t live together.

Emigrants: what's stuck in your craw about Ireland? Have your say here.