I moved back to Ireland, but found no official ‘welcome home’

Kevin Wall tried to make Ireland work. In January he moved back to Australia 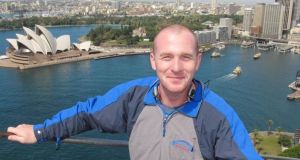 ‘I wanted my professional and sporting careers to not alone continue in Ireland, but flourish; after all, I was coming back to my homeland.’

While living in Australia, I followed the news from Ireland closely. In 2015 and 2016, Enda Kenny repeatedly pleaded with the Irish abroad to bring their skills home to Ireland. I was back for five months, and found little evidence of a “welcome home”.

I was raised in Co Tipperary, the youngest of four and a twin. I was born with cerebral palsy, but have been a rower since I was a child, a skill passed down from my father.

I emigrated in 2011 to Australia but returned early in 2012, to compete for a place representing Ireland in the London 2012 Paralympic Boat. Unfortunately I didn’t make the team and returned to Australia.

On February 13th, 2016, I was told I would not be going to the Paralympics for the second time. I had been in the process of applying for Australian citizenship to represent the country in Rio, but it had not been expedited quickly enough.

A five-week holiday in Ireland for Christmas in 2016 was magical. Back in Clonmel, many knew about my sporting achievements. I felt like a celebrity.

I started seeing someone too, a woman I had been fond of for many years. I left in January to resume my hectic life of 4am training sessions and long days on the construction site in Sydney, but I kept in contact with her, the relationship grew despite the distance, and I decided to move home.

Before leaving Sydney in September, I successfully competed in two major rowing championships, and after several years of a process, I was granted Australian citizenship (delayed for several reasons including my struggle with the English language test requirement, which The Irish Times reported on in 2015).

I wanted my professional and sporting careers to not alone continue in Ireland, but to flourish; after all, I was coming back to my homeland. When you mention Ireland abroad there’s talk of it being the best place in the world, the land of a thousand welcomes. I expected to be greeted with open arms. But my thinking was as real as the leprechaun and his pot of gold.

Working my way up

I qualified as a mechanic in 2008. It is a trade I love, but my cerebral palsy affects the fine motor skills in my hands. After a four-year apprenticeship and three years of an academic course, I found I couldn’t profit from my skills, and needed to reinvent myself.

Last February I started as a crew leader with an Irish civil construction company in Sydney, becoming a leading hand on a $10 million job. With this came national recognition in the company as employee of the month, and a nomination for the Civil Construction Federation’s Leading Hand of the Year. 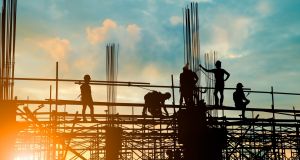 Non-recognition of qualifications a major barrier for returning emigrants

Finally, I had found the career I wanted, that I was good at. I thought: when I return to that Emerald Isle I will have no problem getting a job. I was wrong.

All the licences I achieved and upskilling I did are not recognised in Ireland, and it hindered my efforts to find a job in my desired sector.

Three employers saw my CV and spoke about start dates, but when I told them my licences were Australian, they said that they were not valid and they could not employ me.

The construction services unit in Solas, Ireland’s further education and training authority, confirmed in January that licences obtained outside the European Union are not recognised in Ireland.

The only option was to spend a similar amount again on the Irish equivalent of the same qualifications, which was impossible while Jobseeker’s Allowance was my only income.

Soon after I arrived home, I presented at my local social welfare office. I figured that as a citizen who had paid taxes for almost a decade, I would have no problem getting financial assistance while temporarily out of work.

Over the following two months, I not only felt discriminated against for having emigrated, but humiliated too. The welfare office told me that because I was a dual citizen, they had trouble deciding my entitlements.

He went off to enjoy the sun in the bad times and left us all here to rot, now he is back, he has earned a fortune and he can suffer more than the rest, is how I felt the State viewed me.

The message should really be: You left home in your thousands, took so much pressure off the exchequer for years and forfeited your homeland. You upskilled, and yes, you had good times. But you came back. Thank you for taking pressure off this country. Now, how can we assist you?

After a lot more paperwork and phone calls, they finally granted my backdated payment.

At 32, I struggle to pinpoint what Ireland has done for me, and this resentment only grew when I returned to live in the country.

From day one of my life, the system failed me – a child with cerebral palsy. A doctor in 1985 told my parents I would never walk or talk. They worked tirelessly with speech and language therapy and physiotherapy for 12 years, and proved the doctor wrong.

It was acknowledged I would need a laptop for school and for my State exams, but the Department of Education never provided one. In the end, a private party stepped in to ensure I had the opportunity of a proper education.

I emigrated in 2011 because I felt there was more to life. Six years later I arrived home better qualified and with a successful sporting career, but once again I felt I was at the bottom of the barrel.

I have represented Ireland in para-rowing and what an honour it should have been. But I feel honoured less because I wore green, for a country that has let me down, than because I achieved a world-class standard due to my own determination.

I have come home, set multiple personal bests, achieved an Irish record at the Irish Indoor Rowing Championships, and come fourth at the European competition. In November I won Beat FM’s Sports Star of the Month award.

I met the Irish squad, but I didn’t hide the fact that I was a dual citizen who can push for either country for the next Paralympic games. I would have loved to represent Ireland in Tokyo, but I struggled to live a productive life in a country that doesn’t value returned emigrants.

The Government needs to do more to support the transition back to Irish life for emigrants who want to move back. Even something as simple as car insurance is a huge impediment. In Australia, private insurance is not necessary, meaning I was treated like an 18-year-old first-time driver in Ireland, with sky-high premiums I could not afford.

The volume of people returning justifies a dedicated Government office to support them, providing information on things such as housing, PPS numbers and insurance. It would be viewed as a welcome back, a token of gratification.

Last Saturday, I returned to Australia. I look forward to resuming my working life and sporting career in Sydney, but it was a very tough decision.

I return there at the expense of my relationship.

Irishwoman in Scotland: ‘The pandemic has brought me closer to home’