Last year I wrote about the best things about being home. I was totally naive 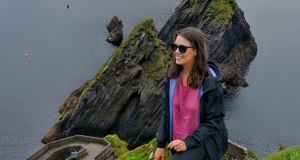 A few months ago I wrote a piece for Irish Times Abroad listing my five favourite things about living back in Ireland, after my move home from Australia early in 2017. It was one of the most-read articles on the Abroad section of the site for the year overall.

I had been living a dream for those first few months back, full of road trips and travels around Europe, visiting family and friends and embracing my love of Ireland again. But I had an inkling that when I began looking for work, my positive outlook on the experience of moving home might change.

When I returned from my travels in August, I was certain I wanted live on the west coast of Ireland, in my own place after ten years of house-sharing. I had an idea of my ideal job would be, with an income that would allow me both to save for the future, and travel to Europe. I applied for numerous jobs I was interested in, telling myself I had a good chance of getting one with my experience as a social worker in Australia.

After a few months I began to realise I had been a blind optimist. I was afraid to be negative about moving home. I didn’t want to be the person who was homesick in Australia, then back in Ireland being negative too. I believed constant positive thoughts would get me through the difficulties. What I have realised since is that being negative and realistic are two different things, and that it is impossible - and not healthy - to be positive all the time.

I have moved back to a country where I have no experience in my profession. All my post-grad experience is from Australia, where I worked very hard to build my career over four years. I returned home and had to start from scratch. In Australia I never went for an interview and didn’t get the job; in Ireland I did one application after the next, without so much as an acknowledgement.

I felt like a new graduate again. Yes there are jobs in Ireland, but I had no idea how competitive it is, and forgot how educated and skilled everyone is here.

I cannot afford to buy a house, nor can I afford to rent my own place. I had hoped to live in rural Ireland but I now realise that the social work jobs I want are predominately in Dublin. Rent, especially Dublin, is almost on par with Sydney, except the wages do not match. I knew I would be taking a $20,000 wage-cut to move home, but I was sure the cost of living would be way lower. My car insurance policy is four times the price of the same policy I had in Australia, even with a smaller engine size.

By October, I had been almost three months unemployed. I decided to take a job with the child protection agency, Tusla, something I said I would not do due to the stories I had heard from others. But I was running out of options; I couldn’t stand being unemployed any longer, my savings were dwindling, I was craving routine and I had heard nothing back from all the other jobs I applied for. 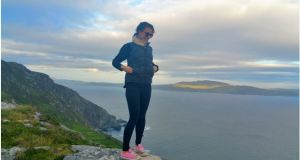 Children in Care is known for being the most difficult area of social work in Ireland. I was warned. But I had no idea how bad it would be. I came across articles online where social workers discussed working in Children in Care in Ireland, mentioning under-resourcing, stress, and exit plans among staff. I could have written them myself. That type of work wasn’t for me.

With no other opportunities on the horizon, I decided to return to Australia. I discussed it with my mam and started to look up jobs in Sydney. I had moved home to Ireland to be close to my support network, but having a career and my own financial independence is very important to me, and family and friends cannot replace that. It took months of unemployment in Ireland for me to realise that.

I felt lost, anxious and not myself. I was very easily agitated, my mood was low. I was not my smiley positive self. I lost weight, was less active, and found it impossible to have a conversation without at least one negative thing coming out.

I went from earning a lot of money in Sydney to being on social welfare for months on return, constantly watching everything I spent. I didn’t have the money to eat out or go on road trips around Ireland. I couldn’t finance any of the things I had written about being the positive aspects of moving home.

My confidence was knocked by not getting interviews or hearing anything from employers. I was living back with my parents, in a small town. I was used to complete independence and the anonymity of a big city. I had to discard my plans to live on the west coast in my own place. Also, the older I get the harder I find it to adapt to change and unpredictability.

Once I started to be realistic about the struggles, and admit to myself that things were difficult, I started to feel better. Life is about being adaptable and learning and growing and embracing the adventure, managing what you don’t have and being truly grateful for the things you do. I learned that being positive all the time and denying negative experiences and emotions leads to deeper and more prolonged negative emotional dysfunction.

In November, just after I made the decision to move back to Australia, I got an interview for a job I had applied for in Dublin, which I was subsequently offered. It was a very good job. I was excited. I couldn’t wait to live in Dublin, even though it was in a house share with strangers, paying the same rent as my friend’s mortgage repayments for her three-bed house down the country. This job was worth it. I wouldn’t be going back to Australia just yet.

I am very grateful for the time I got to spend at home when I was looking for work, picking vegetables from the garden, spending hours cooking for my parents, renovating old furniture, writing, baking with my grandmother, and just being close to everyone I love.

“One’s attitude is the difference between an ordeal and an adventure,” is one of the most profound pieces of advice I have ever received, especially relevant in my situation with all the uncertainty travel and living abroad can bring. Luckily, I love adventures and definitely have a “win or learn” mentality.

I have no regrets about my move home to Ireland. I have learned so much about myself, my career goals, my long term life plans, and the reality of everyday life in Ireland. I had to come back to learn all these things.

Moving home I’ve realised requires a clear plan, a lot of research, and ideally, having a job lined up in advance. Here are the questions I would ask others who are thinking about returning:

· Are there jobs in Ireland that you would love, or will you have to compromise?

· Have you applied for jobs that you have genuine interest in to see if you get an interview?

· In your profession, are most of the job opportunities in Dublin? If so, can you afford to live there?

· Are you prepared to potentially have to give up the extravagant lifestyle you have overseas?