Vienna is ranked world’s ‘most liveable city’, but for whom?

For some of my immigrant friends here, the welcome has been far from warm 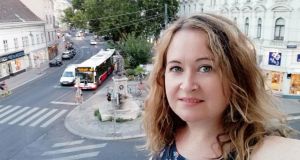 Claire Healy:'The city has a population of almost 1.9 million. Is Vienna equally “liveable” for all its residents?'

Last week, The Economist’s Intelligence Unit (EIU) ranked the Austrian capital, Vienna, the most “liveable” city on the planet. I have lived in Vienna for seven and a half years. On hearing this news, I felt a little confused, as I do on every occasion when Vienna receives such accolades. (The city has ranked first in Mercer’s Quality of Living ranking for nine consecutive years).

The Global Liveability Index is a ranking system that covers aspects of infrastructure: healthcare, education, stability and safety, and culture and environment. It takes into account publicly available statistics, as well as assessments by the newspaper’s correspondents and “in-country experts”. According to the EIU, the liveability rating “quantifies the challenges that might be presented to an individual’s lifestyle in any given location”. Vienna got close to a perfect score.

I can testify to the wonders of the city I call my home having public services and public transport that are as close to perfect as humanly possible, and being so safe that I can walk home alone at night from anywhere in the city. It takes me less than 15 minutes to cycle to work every day, along well-marked cycle paths past beautifully maintained historic buildings. Depending on the season, there are festivals of music, theatre, food, art, dance, cinema and literature. In summer we swim in the Danube, and in winter we ice-skate in front of the City Hall. Sometimes, it feels like a sort of futuristic utopia of urban life.

Yet, like many of my friends here, Austrian and foreign, I feel ambivalent, because almost every time I visit any city other than Vienna, I am overwhelmed by how friendly people are in their day-to-day interactions. It seems that the criteria included in these indices do not capture environmental qualities that are more relevant for mental than for physical health: kindness, friendliness, patience, flexibility, and other less tangible aspects of general well-being. Is this just splitting hairs? Or is it a fundamental human need that is overlooked when we focus only on numerical data and assessments of urban infrastructure?

The city has a population of almost 1.9 million. Is Vienna equally “liveable” for all its residents? More than one-third of my fellow Viennese were born abroad, and 29 per cent are not Austrian citizens. A further 10 per cent are Austrians with at least one foreign parent. So just a little more than half of the population of the city actually consists of Austrians with only Austrian parents. The rest of us are from other EU (16 per cent) and non-EU (23 per cent) countries, particularly Serbia, Turkey and Germany. 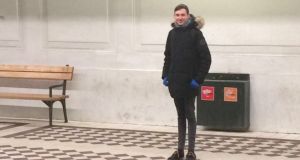 Irish in Vienna on what makes the city so 'liveable'

Among my circle of friends, Austrians and foreigners who are Muslim and/or have darker skin do not generally experience the city as particularly “liveable”. It is part of their daily life in Vienna to be subject to racial slurs and Islamophobic comments, restrictions on access to services, feeling unsafe and being harassed by the police.

In 2014, the Migrant Integration Policy Index rated Austria just 57th out of 100 on anti-discrimination and equality, and assessed that the country in general had a “high level of anti-immigrant sentiment”. The anti-racism organisation ZARA recorded and analysed over 1,160 complaints of racist abuse and discrimination in Austria in 2017, from racist and Islamophobic posts on the internet and discrimination in access to goods and services, to racially-motivated attacks in public places. The majority of racist incidents took place in Vienna, many of them on public transport. Six per cent of all the racist incidents were perpetrated by members of the police and security forces. These statistics only cover incidents reported to the organisation.

Since I moved here in 2011, friends have told me about these experiences, and I have also witnessed them on a number of occasions while in the company of black or Muslim friends. However, the frequency and intensity of verbal abuse, harassment and violence has increased perceptibly since the new government came into power in December of last year (a coalition of the centre-right ÖVP and the far-right FPÖ).

During 2015 and 2016, 134,000 foreign migrants from EU and non-EU countries moved to Vienna, around 25,000 of whom were asylum applicants - people from countries like Syria, Afghanistan, Iraq, Iran, Nigeria and Pakistan. Since then, the economy has been growing and unemployment is in steady decline. In spite of the continued growth of the city’s population, crimes in Vienna reached an all-time low in 2017. Indeed, Vienna pipped Melbourne to the post in the Liveability Index this year specifically because of an improvement in the city’s rating for stability and safety.

Yet the policies of this government in the areas of migration and refugee issues are highly restrictive, and politicians have made incendiary statements about refugees and migrants. Members of the government frequently portray migrants and refugees - particularly people from Arab and Sub-Saharan African countries - as damaging to Austria, in terms of unemployment, crime and violence. The Vienna city government takes a different approach, but it is still subject to national government policies and practices in many areas.

It is a wonderful opportunity to live in such a liveable city. But city life is not just about liveability, but also about the ability to live together. If there were a Living Together Index, Vienna would not rank so high. This is where we Viennese - all of us foreigners and Austrians who have made Vienna our home - still have some work to do.