'There's so much I love about Ireland, but I felt suffocated there' 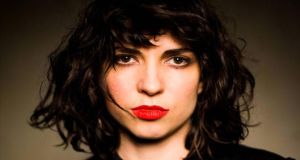 There is so much about Ireland that I love but I get an overwhelming suffocating feeling there, like there’s no room to move, experiment, create. I found this space - and more - when I moved to Berlin.

What’s stuck in my craw about Ireland are the handful of gatekeepers with their parochial desire to control everything and force people to toe the line. It’s a really normative culture so if you’re seen to be different that’s threatening. The Irish diaspora - out of sight, out of mind - represent Ireland’s shame: its inability to deal with its deep-seated problems.

Ireland has many weaknesses including corruption, the housing crisis, and healthcare issues, to name a few. If we can’t face these things, it’ll never get better.

To coax this all out through humour and beauty, and to move beyond denial, a group of Berlin-based Irish musicians, performers and visual artists have come together to create the Craw festival, which is taking place for the first time this year from June 22nd to 24th. The event offers the artists a dynamic space to create and engage with their peers around the idea of what’s stuck in one’s “craw”.

Ireland is very capitalist, very conservative, and there is a pervasive free market mentality

The banking crisis happened right when I finished college and it felt like the rug was pulled from under our feet. A huge number of people my age had to leave to find economic opportunity and the government spins that as an unemployment downturn. My friends that didn’t leave have difficult situations, either not finding work or enduring exploitative conditions.

We hope that Craw, for creative people in particular, can act as a gateway from Ireland to Berlin. We are designing the festival as a 48-hour performance piece to process grievance, then create a metamorphosis both for us as individuals and also for Ireland as a whole.

We have many recurring motifs such as the bird, representing the giants of Ireland, and white moths, representing death and rebirth in Celtic mythology. The festival is about encouraging people to think about what sort of world they would like to live in, what changes they would like to see, what’s stuck in their craw, and how they can dislodge it.

The affordability and location of Berlin has enabled my career as a musician, touring the continent. Rent caps also make it possible to find affordable spaces while tenants’ rights here and in Ireland are like night and day.

When it comes to cultural change, I think it usually takes a shock to inspire people to reevaluate. In Ireland, my personal experiences of sexual harassment in the workplace are too many to mention. Though many were public, it seemed there as a general consensus that this was tolerable behaviour. I think the tragic stories relating to the Eighth Amendment and the rugby rape trial in Northern Ireland, for example, were shockwaves that got a lot of people to examine their culture and behaviour.

Nobody likes to see their own imperfections, and I think people learn to handle this with personal attack as a form of deflection. The idea of Craw is not to only point the finger at others but to look in the mirror at ourselves. We have to also take responsibility for what is stuck in our craw. We swallowed it in the first place.

At Craw, we don’t plan to exorcise our demons with combative aggression, because then the walls go up and ends the chance for dialogue. I hope we can use humour and beauty in the festival to disarm our audience, and encourage reflection.

For so long now, Ireland has being looking up to England and the US. But both are on a downward spiral, eating themselves up through austerity, nationalism and free-market capitalism.

It’s time to look beyond this, to other parts of Europe. I see some answers for Ireland in Germany: regulating the rental market and businesses such as Uber and Airbnb. It would help, too, to initiate state-subsidised health and pension insurance for artists, along German lines. Europe has a wealth of virtues that we are lucky to have access to. We just need to be more open to them.

I think that a fundamental element of Craw is about community. It’s about coming together and appreciating one another, inspiring each other and making collaborations. It’s not competitive, it’s collaborative.

We’re living in an era of movement, whether it be moving right or left, forward or backward. The idea of a festival of metamorphosis appeals to people. In that sense, I believe that Craw is an idea whose time has come.

Candice Gordon is originally from Botswana but grew up in Raheny in north Dublin. A musician, she moved to Berlin in 2011 and is a co-founder of Craw. For more information about the festival, see www.craw.space/. To book tickets for Damien Dempsey, see love-your-artist.de/index.php?cID=21010