Why must emigrants still come home to vote?

Dublin Airport on May 24th: voters were welcomed and cheered as they entered the arrivals lounge. Photograph Nick Bradshaw

From Bangkok and Buenos Aires, Tokyo and Toronto, Irish emigrants came flocking home in their droves last week, showing Ireland and the world that they not only cared about Irish women’s right to choose, but also their personal right to have a say in the country they left behind, in many cases temporarily.

Ireland is one of the only countries in the developed world not to allow its citizens abroad a vote from overseas, but many recent emigrants didn’t let that stop them from casting a ballot in last week’s referendum on the Eighth Amendment. No distance was too far for those with a strong determination to have their say.

The #Hometovote hashtag set Twitter alight for the second time in three years, with 175,000 tweets posted on the social network between 6am on Thursday and 6pm on Friday, the day of the vote. It is impossible to know just how many emigrants travelled back, but one statistician monitoring the hashtag on Twitter has estimated it could be as high as 20,000.

Among them was 24-year-old Orlaith McGuinness from Co Galway, who flew back to vote Yes from Brazil, joining friends home from the UK, Netherlands, France, Spain, Australia and the US.

“As is the case with so many young Irish people, we are temporarily working abroad,” she told The Irish Times.

“It is unacceptable that we should have to spend thousands of euro, take time off work, and risk our jobs, to have our voices heard on such an important issue.”

She believes young people like her are highly engaged on constitutional issues like this, and they want to have a say.

“There should be provisions in place to allow people like us to place postal votes, people who will live in Ireland in future, people who will have to live with the result of this referendum for the longest.”

Images of emigrants flooding into the arrivals hall in Dublin Airport made international news. Adding their voices to the massive outpouring of public support for #Hometovote on social media was Taoiseach Leo Varadkar and Minister for Health Simon Harris, who both used the #Hometovote hashtag repeatedly in the run-up to last week’s vote. 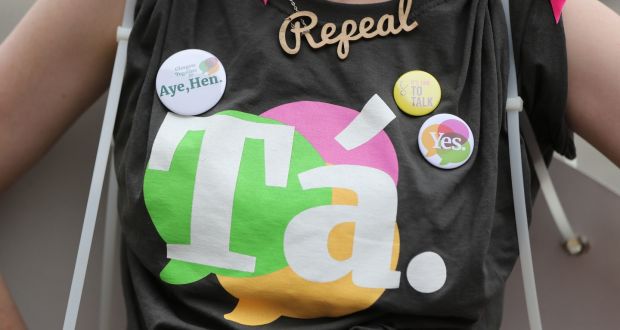 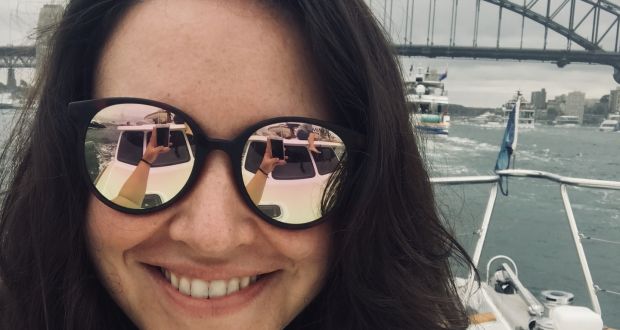 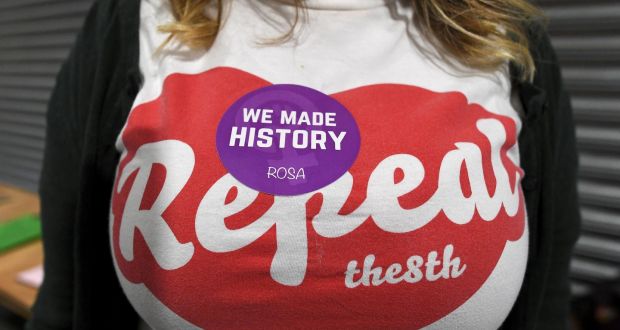 Emigrant voting campaigners are experiencing a distinct feeling of deja vu, however. After the marriage equality result in 2015, the then-taoiseach Enda Kenny praised emigrants for “voting with their feet”.

The young campaigners who had mobilised the #Hometovote movement received a standing ovation at the Global Irish Civic Forum a few weeks later, with the then-minister for diaspora Jimmy Deenihan among those applauding their efforts.

The demand among young, engaged emigrants to have a say at the ballot box was clear back then, and recognised at the highest levels. But in the three years since, little has been done to address the issue. Has the #Hometovote for the abortion referendum put the call for emigrant voting rights back in the spotlight? Or will it once again be pushed aside?

Unlike more than 130 countries worldwide, Ireland has no system for citizens abroad to have a say in either elections or referendums. Under the 1992 Electoral Act, Irish citizens retain their right to vote for just 18 months after moving abroad, as long as they intend to return to Ireland within that timeframe. There is no postal vote, so those who want to have their say have to travel to Ireland on the day to cast their ballot, hence the #Hometovote movement for both the marriage equality and Eighth Amendment referendums.

“In the past, it has seemed easy to count emigrants out – some at home have defended the status quo on emigrant voting rights by discounting the loyalty, commitment and citizenship of the Irish abroad,” says Noreen Bowden of VotingRights.ie, a “global coalition” of groups campaigning for emigrant voting rights.

“But by coming back to have their say in the future of the country and the Constitution, the people of the #hometovote movement have demonstrated so vividly the strong ties and profound sense of responsibility to Ireland that so many of the Irish abroad have always felt, but which has often gone unrecognised by those who never left.”

The European Commission criticised Ireland in 2014 for “disenfranchising” its citizens living abroad. The indictment came a year after the Constitutional Convention had voted overwhelmingly in favour of granting emigrants a vote in presidential elections, which the then-governing parties of Fine Gael and Labour had promised to do in their programme for government.

Who should be able to vote? Should it be limited to Irish-born emigrants, or extended to all Irish citizens? Would a time limit be imposed like it is in the UK, whereby citizens lose their vote 15 years after emigrating? Would they vote by post, online, or at embassies? And how much would it cost to implement?

On a visit to Boston in March 2017, then-taoiseach Enda Kenny announced plans for a referendum on extending the franchise to Irish citizens overseas for presidential elections. A detailed options paper was presented to Government, and promises were made to “examine and analyse” the issues.

Tánaiste Simon Coveney told a meeting of 220 diaspora representatives at the second Global Irish Civic Forum last May that referendums on both the Eighth Amendment and the emigrant vote could be held on the same day in 2018. The former is now done, but there’s no sign of progress on the latter, more than a year later. The potential date for the referendum has been kicked forward again to 2019.

While some emigrant voting rights campaigners are reluctant to criticise the proposal for a referendum on a vote for president, desperate for any progress at all on the issue, others are more outspoken in their belief that it does not go far enough.

London Irish Abortion Rights Campaign spokeswoman Claire McGowran, who is returning to live in Dublin from London this summer but could not vote last week because she had been away too long, says young emigrants want much more: representation in the Dáil and a vote on constitutional issues in referendums.

“In the three years since #hometovote for marriage equality, nothing has changed for the voting rights of Irish emigrants – this week has proven we can no longer ignore the issue,” she says.

“We may not be current taxpayers, but we are proud Irish citizens and many of us intend to return home some day. And when it comes to votes like [the Eighth Amendment], that are indicative of who we are as a nation and the direction our country is going in, it is vital that we get to have our say.”