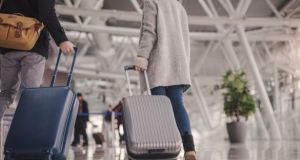 The prospect of a job and a solid economy, these figures show, are not enough for some.

Any suggestion the recent “Brexiles” trend of UK nationals moving to Ireland to remain EU citizens post-Brexit would continue has been knocked on the head by the latest population statistics.

The number of immigrants swapping the UK for Ireland had been steadily increasing since the UK voted to leave the EU in June 2016. Similarly, emigration from Ireland to the UK had declined in the same period.

The more worrying trend for the Government is the return of net outward migration: emigrants are exceeding immigrants again after a brief hiatus where the numbers returning marginally edged those leaving last year.

Almost 53 per cent of people leaving the country are Irish nationals.

It is hard not to attribute the change, at least in part, to the high cost of living and poor availability of affordable housing, either to rent or buy, at home and the high cost of insurance for returning emigrants. The period covering the return to net outward migration coincided with increases in rental costs and house prices.

Australia and Canada were popular new destinations again for departing emigrants with both countries seeing an increase in the number of Irish making their home there, as they did in the worst years after the crash.

Three thousand more people choose to make their homes in the two countries than the previous year, according to the CSO statistics.

Still, despite the trend returning, the number of people leaving the country remains the lowest since 2008 and is 34 per cent lower than in 2012, the worst year for emigration, 83,000 people left the country.

The population, standing at just over 4.9 million in April, is at its highest recorded level since just after the Famine in 1851 due to the increased number of non-Irish nationals.

Overall, the number of new or returned arrivals is down slightly on the 2018 figure, which is not positive for the Government given that how the State’s independent think tank, the Economic and Social Research Institute (ESRI), has said that growing numbers of foreign construction workers are required to meet the State’s housing targets.

The most telling detail in this latest batch of statistics from the CSO is that a booming economy and record employment are not resulting in a massive surge in Irish emigrants returning home.

The prospect of a job and a solid economy, these figures show, are not enough for some.