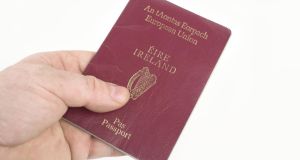 The number of Irish people emigrating from Ireland has overtaken the number of people returning again.

An estimated 29,000 Irish nationals emigrated in the year to April 2019 compared with 26,900 who returned to the country during the year, according to figures published by the Central Statistics Office.

This marks a return to net outward migration after a year when, for the first time in nine years, the number of Irish people returning to live in Ireland from abroad marginally (100) overtook the number emigrating.

The number of non-Irish nationals moving to Ireland exceeded the number leaving by 35,800 during the year, an increase of 5.6 per cent on the corresponding period for the previous 12-month period.

The 54,900 people who emigrated from Ireland, both Irish and other nationalities, during the year was the lowest figure recorded since 2008, down 2.5 per cent on the figure covering the same period last year. The number of emigrants peaked at 83,000 in 2012.

The United Kingdom remains the most popular country for emigrants from Ireland.

Migration to the UK increased by almost 2 per cent to 11,600 during the year, bucking several years of decline, while the numbers moving from the UK to Ireland fell by 2 per cent, to 19,700.

There was a surge in emigration to Australia, as the numbers leaving Ireland for the country increased by 2,000 to 6,500 in the year to April 2019 - a figure last recorded in 2015.

The numbers heading to Australia had been declining or remained flat in the intervening period. Emigrants leaving for the country peaked at 17,400 in 2012 in the wake of the economic crash.

The number of people returning or immigrating from Australia declined from 7,200 to 5,800.

Emigration to the United States has steadily decreased during Donald Trump’s presidency. The numbers fell to 5,200 in 2019 from 5,800 last year and 6,500 in the 12 months to April 2017, three months after he took office.

The CSO statistics show a trend towards a “brain gain” rather than “brain drain” since the economic crisis.

Forty-somethings accounted for the largest segment of the population with 731,000 followed by thirty-somethings (727,800) and babies and children up to the age of nine (667,500).