Returning emigrants are not looking for a red-carpet, just fairness

Opinion: No justification for denying them maternity benefit or third-level fees for kids 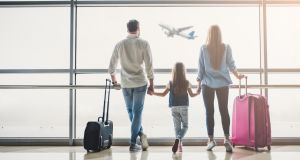 For the first time since 2009, Ireland is now welcoming more of its citizens home than the number departing the country. Photograph: iStock

In 2015, the Department of Foreign Affairs and Trade published Ireland’s first official policy on diaspora issues, stating it is “important that moving or returning to this country is as easy a process as possible”.

The policy identified a number of barriers to returning emigrants, including recognition of qualifications and driving licences, lack of affordable housing, and job opportunities.

While these were correctly highlighted as issues facing returning emigrants, they are factors that beset other residents in the State. Soaring rent costs, for example, affect a broad swathe of Irish society, not only new arrivals; and recognition of qualifications and driving licences are hurdles faced by all types of newcomers to Ireland, regardless of their nationality.

At the time that policy was published, there were approximately 23,000 more Irish citizens leaving the country annually than returning. Three years later, and for the first time since 2009, Ireland is now welcoming more of its citizens home than the number departing the country.

I say welcoming, but the individuals and families returning to live in the country they grew up in do not necessarily feel welcomed.

Since going live last month, Moving2Ireland.com - a new website set up to offer practical information for people planning to return or relocate to Ireland - has received remarkable feedback from individuals and families who, in one way or another, have encountered obstacles, foreseen and unforeseen, on their return to Ireland. Two issues stand out in particular: access to maternity benefits, and the cost of third-level education.

One of the biggest shocks that many Irish women and families encounter upon returning home is the news that they may not be entitled to paid maternity benefits.Although public maternity care is available to all expectant mothers who are “ordinarily resident” in Ireland - referring to someone living in Ireland and who intends to do so for at least the next 12 months - the eligibility threshold to receive maternity benefit is set far higher. 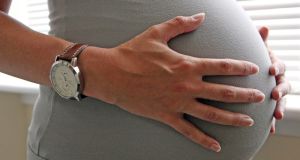 Can I claim maternity benefit when I move back to Ireland? 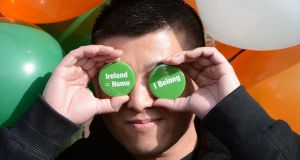 Maternity benefit is available to women who are on maternity leave from work and have paid a minimum of nine months’ PRSI contributions in the 12 months before their first day of maternity leave, the most recent of which must have been paid in Ireland.

Even if a pregnant returning emigrant finds work before her baby is due, she would not be able to make enough PRSI contributions within that period to qualify for maternity benefit. Moreover, her previous contributions date back to whenever she was previously working in Ireland, which may have been a number of years ago.

The upshot is that families affected by these conditions may have to rejig their plans, either by making do upon arrival in Ireland, or by not coming home at all. The loss of an expected weekly maternity benefit of €240 can tip the balance in a family discussion of whether or not to return home.

Many returning families with older children, as well as returning emigrants who wish to expand their skills within a competitive job market, also have to come to grips with the fact that they are effectively treated as non-Irish when it comes to third-level education.

In order to qualify for the “free fees” initiative, a prospective student must have been living in a European Economic Area (EEA) member state or Switzerland for at least three of the previous five years. Irish citizens who left for a non-EEA destination, even for a couple of years, are unable to access free fees for third-level tuition in Ireland upon their return.

Returning Irish citizens who do not qualify for free fees may still be eligible for EU fee rates, which are set by individual institutions. Students from an EEA state who have spent five years in primary or secondary school in Ireland may qualify for these rates, which, though cheaper than fees paid by students from outside the EEA, are nonetheless more expensive than the free fees enjoyed by Irish or EEA-based students who can prove the requisite residency conditions.

Some returning emigrants are faced with the prospect of paying colossal sums for continuing their education in Ireland, as much as €200,000 for a four-year course. This is the case even if they completed secondary school in Ireland before living on temporary status in a non-EEA country.

By mitigating these obstacles, Ireland would be able to attract even more emigrants back home, as well as make the lives of those who have already moved back more straightforward. Failure to do so is a failure to fulfil the legitimate expectations of people who are committing to an uncertain future.

During the process of researching content for Moving2Ireland.com, and through speaking with Irish candidates for the company’s Canada-based recruitment agency (Outpost Recruitment) for construction professionals, we have listened to countless families who are considering returning home but are put off, at least for now, by the prospect of having to raise a newborn entirely on their own dime, or sending a teenager to university without public assistance. These individuals and families have successful careers abroad and would, over time, inject far more in tax contributions than they would receive in benefits soon after returning.

Ultimately, there is no sound argument, ethical or economic, to denying returning citizens access to maternity benefits and subsidised third-level education on the same terms as those who have been residing in the State. Returning emigrants are not looking for the red-carpet treatment on their return, just fairness and common sense.

Hugo O’Doherty is Editor of Moving2Ireland.com, a free information resource for individuals and families planning their move to Ireland.

Seán Moncrieff: I’m sick of hearing this is the new normal
3