Irishwoman in London: My daughter (7) asks why Brexit people want us to leave? 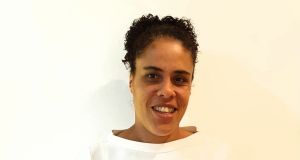 Siobhán McKenna has lived in London for 20 years.

My husband and I are Irish. We have lived in London for 15 and 20 years respectively. My husband was on the Tube the Sunday morning after the 2016 Brexit referendum in north London when he was told to “F**k off home Paddy, we’ve taken our country back”, when he interjected to stop a bunch of men harassing some ethnic minority women in the same vein. That’s pretty shocking, especially for London.

I moved here 20 years ago for the diversity, tolerance and opportunity this amazing city offered - those three things have been evaporating steadily since June 23rd, 2016. As a mixed-race Irish woman, growing up in Dublin in the 1980s, I frequently heard “go back to where you came from”, so its cruel intentions were not new to me. What was new was the hate directed at my (white) husband’s Irishness and his EU identity.

I’ve been constantly amazed and often enraged by the lack of knowledge your average English person has about Ireland, its politics, history and people. But over the years the ignorance and potato jokes were as frequent as the oh-my-granny-is-Irish chats, so I assumed that explicit prejudice towards Irish people was a thing of the past.

But this country has form. When my dad and his friends, all newly qualified dentists, arrived here in the 1950s to work for the NHS they struggled to find a landlord who’d rent to them. He well remembers the “No Irish, No Blacks, No Dogs” signs. My older brothers came here in the 1980s during their summer holidays to work the building sites of Canary Wharf. “No brickies” was the sign they were confronted with in cafes and bars in the east end of London - code for no Irish.

So, I really shouldn’t have been surprised that the day after the 2017 general election when several colleagues asked me who exactly the DUP were. Or that within four months, the then British prime minister Theresa May was calling us “citizens of nowhere”, or that the then home secretary was declaring that employers would have to hand over lists of EU employees, or that we got a letter home from our daughter’s primary school asking for her nationality. We have since had Tory grandees past and present tell the Irish to know their place or else, according to the current home secretary, we could be starved into submission. It has been stomach-turning to witness the contempt shown for peace in Northern Ireland.

I have worked in social policy for the last decade in London, and during that time, successive Tory governments have inflicted ideologically-driven austerity on the Brits who can least afford it - the elderly, the young adults, the disabled, the single parents, the working mothers, the low paid and the low skilled, the black or Asian Brits, and of course immigrants.

Structural inequality, discrimination at every life stage if you are black or brown, and chronic, life-limiting poverty for large swathes of the population are all enabled by a deeply ingrained and internalised class system. Brexit is a symptom of the profound dysfunction of UK, and it is pulling hard at the already-fraying social fabric of this country . And it will get worse.

I spent seven years working in City Hall while Boris Johnson was mayor of London. He was not a terrible mayor, but he is a truly dreadful prime minister. His elevation along with his inner circle (many of whom were in City Hall including his chief of staff, director of policy and minister for crime and policing) has filled me with a despair so profound it’s almost indescribable. Whatever the problems this country has, Johnson is unequivocally not the solution to them.

I have been through various stages of grief over the last three years for this city, and its people who have been so good to me and my family: denial, anger, bargaining, depression and finally acceptance. To be constantly bombarded with hostile messages about how people like me are not welcome and are a problem to be dealt with (while we staff their NHS, build their homes or teach their kids) is mentally exhausting.

It took a while, but I am no longer emotionally invested in this country - it is a purely transactional relationship now; how could it be anything else? We have watched our rights and our lives be used as political chips to be bargained with by the self-serving people that pass for the political class in this country.

We have three kids who have only known London as their home. Overnight, we all became second class citizens. My seven-year-old daughter asked me recently why the Brexit people don’t like us and want us to leave. How do I answer that? We can’t and won’t stay where we are not considered equal or valued for our net contribution to British social and economic life; certainly not when we have a choice.

So, for now we have front row seats to what is surely the greatest act of national self harm that a functioning, stable democracy has ever inflicted upon itself. The impact on Ireland and relations between the two countries and their people remains to be seen, but I am not overly hopeful.

It is the end of a once mighty empire, and it is brutal to watch.