35 out of 51 doctors interviewed have no plans to return 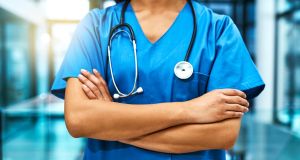 ‘It would actually be lovely to live there, but for me I was miserable working in the Irish health system. It’s hard for me to envision going back there,’ one doctor said.

The unbearable strain of being at the frontline of our broken health system is a major reason for emigrating cited by many of our doctors who move to Australia every year. They say that while the Australian health service is not perfect, the fact that it is better staffed and better resourced means they can focus their time and energy on treating patients and progressing their careers.

I’ve just spent two months in Australia interviewing Irish trained doctors to try to understand why so many of them are emigrating there, and to consider what the Irish health service could do to improve retention and to attract them back. For this research, which is part of the Hospital Doctor Retention Motivation project funded by the Health Research Board, I interviewed 51 Irish-trained doctors in Australia.

The doctors I spoke to are thriving within a system where overcrowding isn’t the norm, where staffing levels are high, collegiality is standard, and work rosters allow for a healthy balance between work and life. But they also care about the Irish health service, and are eager to contribute to change and to the development of a system that will attract and retain Irish trained doctors.

As frustrating as the Irish health system is for patients who experience long waits for treatment, it is also difficult for the doctors trying to care for them. It’s the “constant apologising for the state of the place” one doctor explains; “sorry you’ve been waiting for your appointment. Sorry your CT scan is not going to happen again today. . . Sorry that we can’t find a nursing home bed for you”.

Many described working as a hospital doctor in Ireland as being “under the pump”, which roughly translates as sinking despite your best efforts. “The [IRISH]health service isn’t functioning for anyone”, one doctors explains. “It’s not functioning for the staff or for the patients. . . That’s why people leave.”

Every morning I used to go in, I used to have this feeling of sheer dread in the pit of my stomach, every day, every day . . . until I left.

Another doctor said the impact of overcrowding on their work environment, “pure overcrowding . . it was just dangerous. There’s no other way to put it. . . you’re there as a junior doctor trying to see all these patients, but then patients are also lined up on trolleys very close to you and you’re trying to write your notes and you’ve got . . . people on trolleys, which is unacceptable.”

One doctor described their work environment in Ireland: “Every morning I used to go in, I used to have this feeling of sheer dread in the pit of my stomach, every day, every day . . . until I left. Every day. And here yeah, I don’t have any of that.”

For some, the strain of these working conditions was the trigger to move to Australia, a health system with an enviable reputation for excellent working conditions. “Within about six months of my job here, I think I just started to enjoy it again,” one doctor explained. “The work was different, and the lifestyle . . . the hours were very, very different. I think I just sort of enjoyed it for the first time in years, to be honest, enjoyed medicine and enjoyed my job.”

These doctors felt the Australian health system worked more efficiently around them and this, combined with high staffing levels, enabled them to do their job well. Most mentioned the “ease of getting things done” in Australia, particularly in relation to access to diagnostics. “If I want to scan, scan happens. I don’t have to argue with anybody to get it, I don’t have to have the patient sitting in the bed for three days waiting for it. It just happens. And then I can get on with treating them.”

I met doctors in Sydney, Perth and Melbourne and also spoke by phone with doctors working in other parts of Australia. Most of them had come since 2008, 15 in the last two years. They worked across all grades and medical specialties.

I was miserable working in the Irish health system. It’s hard for me to envision going back there

Only 16 of the 51 doctors I interviewed planned to return to work in Ireland, while 35 are set to remain in Australia. These are difficult decisions. Some doctors dread the prospect of working in the Irish health system again and wonder if they might eventually return to Australia. Others, who plan to stay in Australia, worry about the impact of that decision, particularly on elderly parents in Ireland.

While salary levels were rarely cited as the main reason for the initial move to Australia, they were frequently mentioned when the discussions focussed on return. Most respondents felt that the 2012 contract for new entrant consultants presented a barrier to return. “The fact that there’s people doing the same job as you but getting €50,000 more than you for doing the exact same job . . . just seems . . . ridiculous.”

Doctors who cited financial reasons as the primary motivation for their move to Australia were invariably those who had entered medicine through Graduate Entry Programmes. They typically had debts of around €100,000 and found it easier to repay them in Australia where salaries were higher and taxes lower.

Regardless of whether or not they intended to return to Ireland, the doctors I interviewed were eager to see improvements in the Irish health system. It is a system within which their friends and colleagues work, and upon which their family members rely for care.

“I’d love to see it changing. Obviously for selfish reasons, I’d like to come back to Ireland and work in the Irish health system. But really, everybody should be invested in it. We’re all going to use, if we haven’t already used, the health care system.”

Their stories about the Irish health system were difficult to hear. But it’s important to listen and to begin to address their concerns. To do otherwise will ensure a continuation of the brain drain of Irish trained doctors to Australia.

Dr Niamh Humphries is a Reader in Health Systems Research at the Royal College of Physicians in Ireland and holds a HRB Emerging Investigator Award.

What opportunities are there for Irish healthcare workers looking abroad, or back home? Advice and first-person stories from people who have already made the move