Have your say: Has Dublin become too expensive for artists to live here? 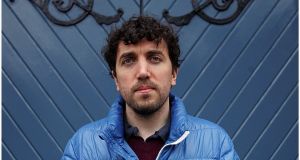 David Kitt: ‘I do think it is sad that so many creative/artistic/bright people are being forced to leave this city and the country in general.’ Photograph: Matt Kavanagh/The Irish Times

Musician David Kitt is quitting Ireland, claiming it is too expensive to live in the country anymore. Kitt says he has no choice given that the Dublin house in which he lives is being sold as part of a portfolio to a consortium of European investors. “I do think it is sad that so many creative/artistic/bright people are being forced to leave this city and the country in general.” He blamed Fine Gael who he said are “failing this city and its people massively. And Dublin’s heart and soul is being ripped out and sold to the highest bidder.”

The Irish Times would like to hear from readers on the issue. Do you think Dublin and other cities and towns around Ireland have become too expensive for artists, musicians and other creatives to live and work? Is the cultural vibrancy of the city being lost as a result? If you are working in a creative industry, have you had to leave Dublin, or Ireland, to make a living? Or are you, like Kitt, planning to leave? How would you fix the problem? Are there examples of better functioning systems where you live now that could be adopted by Ireland?

Has Dublin become too expensive for artists to make a living?

You can contribute (max 300 words) using this form. Please include a few lines about yourself - where you are from originally, when you emigrated and why, where you live now and what you do there - and attach a photograph if you have one.

A selection of responses may be published, or passed to a journalist who may wish to contact you for more information.