An Irish woman in Argentina: Now, both my countries have voted for abortion 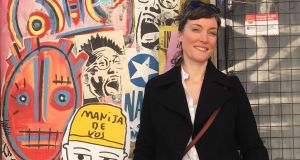 Sophie Parker is an Irish journalist living in Buenos Aires: ‘Following the result (in Ireland), a friend jokingly enquired if I’d be moving back. It has crossed my mind. But it’s a fascinating time to be here, too.’

As Ireland took to the polls on May 25th, Argentina was celebrating May Revolution Day, commemorating the first successful revolution in South America’s Independence process. As I followed events across the ocean from my adopted home in Buenos Aires, I couldn’t help but think of Ireland’s Eighth Amendment referendum in terms of revolution: not exactly a “quiet” one, to use the Taoiseach’s word, but as part of a worldwide uprising that is increasingly difficult to drown out.

By the time the Eighth Amendment was repealed in Ireland, the debate in Argentina’s Congress on the decriminalisation of abortion was well under way. On June 14th, just before 10am, the streets around the Congress building erupted with roars of jubilation and relief as the nail-bitingly close result was revealed: the bill, first presented over a decade ago by the National Campaign for the Right to Legal, Safe and Free Abortion alliance, had passed.

Green headscarves - the local equivalent of Ireland’s Yes badges and Repeal jumpers, and reminiscent of the headscarves worn by Argentina’s well-known human rights activists, the Mothers and Grandmothers of the Plaza de Mayo - were thrust into the air by those who had braved the wintry temperatures in an all-night vigil outside Congress.

While the bill must now go to the more conservative Senate, its passing in the lower house is being interpreted by many as a signal of change.

Argentina’s Penal Code currently allows for abortion in the case of rape or when the life or health of the pregnant person is at risk. Even in such cases, however, access to the procedure can be obstructed by legal foot-dragging and inequality in healthcare resources, especially in the most impoverished parts of the country. The bill proposes free, legal abortion up to 14 weeks within the health service. Comprehensive sex education and improved availability of contraception are also being called for.

As in Ireland, there is a huge stigma around abortion in Pope Francis’s homeland. Lobbying from the Catholic Church - which has traditionally exercised a major influence on Argentinian society and politics - and other Christian groups, as well as economic and geographic factors, create obstacles to contraceptive access and information as well as abortion, particularly, though not exclusively, in the more conservative and poorer northern provinces.

The moment the result of the vote on #abortion was announced in #Argentina. VAMOS ARGENTINA, CARAJO!!!! 💚🇦🇷💚🇦🇷💚🇦🇷 https://t.co/7yfSR02Wd0

“Save both” is a motto I see echoed in Argentina. What I haven’t come across are the graphic images employed by some No campaigners in the Irish referendum campaign. Comments on online articles and social media have been crude and offensive at times however, evidencing the machista (sexist) attitudes that are still deeply entrenched in the country, and across the region.

National newspaper La Nación reported on an anaesthesiologist who claimed on social media, following the vote, that abortions would be carried out on his watch without anaesthesia, and I lost count of the times I read aggressively-worded suggestions that women should keep their legs closed.

My two children were born in Argentina, the first in a hospital setting in one of Buenos Aires’s top maternity clinics. The experience was a crash course in the stripping of basic rights and autonomy that birthing women are subjected to, the mercantile model of maternity care and the concept of obstetric violence.

In its campaigns against obstetric violence, grass-roots group Las Casildas highlights real examples not only of physical but also verbal abuse received by birthing women in Argentina: debasing chastisements that reveal an inherent misogyny. If these are the experiences of pregnant people in childbirth, I can only imagine the risk of abuse and mistreatment in a clandestine abortion at an illegal clinic.

As was the case in Ireland, the legalisation of abortion in Argentina is also discussed not just as a gender equality issue but also as a human rights and public health one. Thousands of women are hospitalised each year due to complications from unsafe abortions, which are the leading cause of maternal death in more than two thirds of the country.

While Argentina, like Ireland, legalised same-sex marriage in the current decade, and passed landmark gender identity law in 2012, persistent machista attitudes throw a dark shadow on the image of a progressive Latin American nation, and are only beginning to be disinterred, called out and combatted with legal measures.

The female journalists, activists and artists behind the Ni Una Menos (Not One Female Less) movement, established in 2015 in response to the alarming number of femicides committed in Argentina, have played a critical role in this calling out of gender-based violence and the machista mindset, and the movement has rapidly spread throughout the Spanish-speaking world. It’s within this climate - echoed internationally in movements such as #MeToo and #IBelieveHer - that the decriminalisation of abortion in Argentina has been brought within striking distance.

Being here in the lead-up to the Irish referendum (I no longer have a vote in Ireland, as I’ve been gone too long), I did feel a little homesick. There was a lump in my throat watching the videos from the arrivals hall at Dublin Airport, where those who had travelled home to vote were received with cheers and packets of Tayto. Following the result, a friend jokingly enquired if I’d be moving back to Ireland now. It has crossed my mind.

But it’s a fascinating time to be here, too. I’m thrilled to be witnessing how activism and debate can shake up a country, and I’m hopeful for genuine change in Argentinian society, as in Ireland.

Sophie Parker is an Irish journalist living in Buenos Aires. She tweets @yonderlywagon