A plan for rural Ireland: ‘It’s about taking simple actions’ 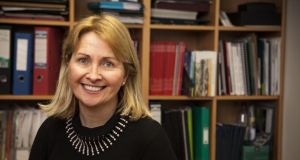 Dr Maura Farrell: “Rural Ireland is a very mixed picture now, not so dependent on agriculture, and the picture isn’t all negative.”

“Why is it that when the late Tony Gregory came up with a plan for inner-city Dublin, which he sold to Charles J Haughey, he was praised as a visionary, whereas when a rural TD has a plan for his or her area, it is dismissed as parish-pump politics?”

Pat Spillane is full of such questions as he explains why he is unreservedly, unequivocally and unapologetically passionate about rural Ireland.

As chairman of the group that produced the Commission for the Economic Development of Rural Areas (Cedra) report, published in spring, he still carries every last detail of its findings in his head.

It’s nearly two years since the former Gaelic footballer, sports pundit and retired secondary school deputy principal convened his first in a series of meetings across the State under the aegis of Cedra, after he was appointed to chair the commission by former minister for the environment Phil Hogan.

“I’m not a member of any political party, I got travelling expenses but nothing extra, and I spent 11 months meeting some of the most fantastic people,” he says.

“What we produced must be the cheapest and most extensive consultation ever carried out for Government in recent years.”

These consultations could be challenging, he admits. “When you are so immersed in sport, you are used to spending time with people who are wearing your jersey,” he says.

“I found that there were people in the same room playing different sides, and then there were the civil servants who, as one Minister told me, were like ‘full backs’, always defending their department,” he says.

“But there was also incredible positivity, really excellent ideas aired in small halls on winter nights, and it became very clear that one of the big problems was duplication and a lack of overall responsibility,” he says.

“At one meeting on tourism, we had 33 different groups, agencies and organisations, where representatives noted that it was the first time they had all sat down together.”

That’s why one of the report’s dominant themes is the need for greater co-ordination and a more integrated approach to rural economic development.

It is not about “grants and welfare”, he says, but about taking simple actions, such as tackling broadband provision and piloting a number of rural economic development zones, along with streamlining outdated legislation such as the Foreshore Act.

Head of his secretariat was Prof Cathal O’Donoghue of Teagasc, working with an extensive research team co-ordinated by David Meredith.

New Minister of State for Rural Affairs Ann Phelan was one of several Labour representatives on a cross-party group of TDs that he held meetings with.

Spillane is also puzzled that the lead department is now Agriculture, Food and Marine, and not Environment.

“Our brief with Cedra was to start outside the farm gate, not inside,” he says. “The Department of the Environment held all the responsibility for the Leader programme, and it has a rural development section, and so it seemed to us as a natural fit.”

NUI Galway (NUIG) geographer Dr Maura Farrell, director of an MA in rural sustainability, says the report is very extensive and comprehensive, but says it is difficult to gauge how realistic it is. “Rural Ireland is a very mixed picture now, not so dependent on agriculture, and the picture isn’t all negative,” she says. “We can get locked into stereotypes, referring to areas as disadvantaged or lagging behind, when in fact it is about untapped potential.”

Some of that potential was evident in the Leader programme, which has been “revered” in Europe, she says. Last year, Mr Hogan proposed aligning local development companies that have administered it with city and county councils by establishing 15-member socioeconomic committees – a move seen as a further centralisation by a Government also keen on it.

“There’s a strong element of volunteerism in Leader, and strong community spirit, and it would be hard to find people in local authority jobs who might match the hours invested in projects,” Dr Farrell says. She believes it was “always a mistake” to measure Leader’s success purely in monetary value.

“There may be no direct economic spin-off to a playground provided by it, for instance, but you only have to look into the waste bins of said playgrounds to know how much spending in a local area its presence generates,” she says.

The impact of returned migrants is another positive factor, she says. Research that her department undertook concluded that returned migrants, bringing new skills and training, were “very much part of the diverse groups and myriad identities present in rural space”, and offered one of the more positive aspects of globalisation in terms of mobility.

Spillane believes it is essential to look forward, and build on such initiatives, but in partnership with a Government which is “rural-proofing” all policies across all departments.

There must be specific provisions in the forthcoming budget to back that commitment up, he says, but it isn’t all about money. No longer must children feel that emigration begins with a migration to the nearest town for education, for instance.

“And we don’t need any more meetings or any more reports,” he warns. “ Rural Ireland is not at the last-chance saloon, but it is very close to it. And if there is no recognition of this by Government now, I could soon be looking out at Kerry as one large national park, and communities right across the island becoming 21st century versions of our famine villages.”