What will public service media look like in five years’ time? 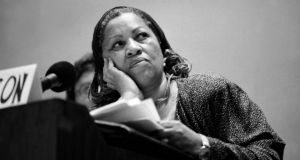 Who needs live radio these days? As a listener, I’ve increasingly drifted away. Podcasts offer more nuanced discussions. Streaming services have better music choices. Audiobooks expand the range of listening options enormously. More and more people are doing the same thing. Look around at all those headphones in the street and on the bus. Do you really think their wearers are listening to radio?

Despite all this, traditional broadcasters maintain their listenership figures are still holding up. Those protestations will sound familiar to anyone who remembers similar claims by the newspaper industry in the noughties, and television executives five years ago. But when radio stations are broadcasting radio ads telling you how how fantastic radio ads are, you know something’s going awry beneath the confident exterior.

And yet . . . Summer is a time when our media consumption habits can deviate from their usual patterns. Lately I’ve found myself listening more than usual to Arena, RTÉ Radio 1’s arts magazine programme presented by Sean Rocks. And I’ve been struck by what a solid, well-produced piece of work it is. A lot of Irish radio sounds bolted together at the last minute, constrained by limited research resources and a narrow contacts list. Arena sounds comfortable in its skin, working in a well-established genre and able to call on an international-class roster of guests when required.

On Tuesday, for example, Anne Enright and Paul Muldoon discussed the life and work of Toni Morrison, whose death had been announced just a few hours previously. Enright in particular spoke eloquently about how Morrison’s fiction had deeply influenced her own approach to writing a novel. It wasn’t earth-shattering radio, but it was illuminating and entertaining.

Listening to this got me thinking about the proposed changes to the TV licence and what we mean when we talk about public service broadcasting in Ireland. Although the subject wasn’t hugely esoteric, it would be surprising to hear a similar item on Newstalk or Today FM. RTÉ’s claim to be “supporting the arts” is often based on flimsy foundations, particularly when it comes to television, but it’s justified here.

The Government’s belated announcement that, after years of foot-dragging, it is finally going to acknowledge reality and replace the licence fee with some yet-to-be-defined public service content charge has largely been covered in terms of the implications for An Post, if it loses the tender for licence collection, and for the broadcasters – primarily RTÉ – who get the money. A spokesperson for the broadcaster in The Irish Times framed the issue as being about “the growing number of non-TV homes consuming RTÉ content on other devices”, which seems deliberately obtuse. Anyone who thinks digital platforms and devices are merely another distribution network must have been living in a cave without broadband for the last 20 years.

So far there’s been little or no discussion of a more fundamental point: if public service content is to be decoupled from the traditional broadcasting model in terms of its funding, then it should also be recast in terms of the forms of content that might be funded. Are we going to maintain the increasingly tenuous distinction between the media companies we used to call “broadcasters” and the others we used to call “newspapers”? If so, how is that justifiable? And what of the individuals and companies, from Second Captains to The Journal to Blindboy, whose existence is not taken account of at all in that framework?

Understandably, this is not a debate RTÉ is particularly keen on, fearing that an increasingly splintered media-funding environment will lead to further topslicing of whatever money is available. But that may be a strategic error. Take Arena for a moment and consider what it represents: a serious daily commitment to cultural coverage and discussion, sufficiently resourced to maintain a consistently high standard and providing a service which private sector competitors are unwilling or unable to produce. Add the fact that, as the country’s flagship arts programme, it’s able at short notice on a summer afternoon to draw contributors of the stature of Enright and Muldoon, and you have a strong argument for continuing support. Even stronger if you lay out a vision for what that commitment should look like in a post-broadcast environment.

Minister for Communications Richard Bruton says the Government has “work to do” before deciding the details of the new charge and that it would “take time” to gain public acceptance. Since he and his Cabinet colleagues have sat on their hands for eight years since the idea was first mooted by his predecessor Pat Rabbitte, there has been understandable criticism of the five-year timeframe before the new charge is introduced. The criticism will be justified if those five years aren’t used to define what public service media will look and sound like in the post-TV licence age.

Keanu Reeves: ‘Grief and loss are things that don’t ever go away’
2