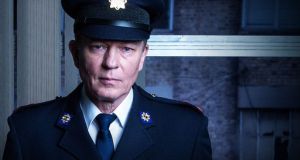 Like real-life Garda stations, the future of TV3’s popular cop series was in doubt after the station put the production on hiatus. Well, it’s open for business again, and TV3 bosses have promised this new series will be the most explosive yet.

The new episodes see the staff of Red Rock Garda station dealing with the fallout from Sharon’s sudden departure, and the aftermath of the murder of Donna Burke. Paudge is devastated that Sharon is leaving, but he still offers to help Donna’s daughter Aoife find a place to stay, as she doesn’t want to stay at home with Donna’s aggressive ex-partner Tony Doyle. Can Supt Dunne solve Donna’s murder, and is the killer closer than he realises?

One Day – How Ireland Eats

So, how do you eat yours? Not your Creme Egg, but the rest of your food – your meat, dairy, fruit and vegetables. One Day – How Ireland Eats sets out to examine the eating habits of the Irish, looking at a single day in the life of Ireland’s food industry.

The programme throws up a few interesting statistics: Irish people spend €11 billion a year on food, and each day we consume 14 million meals, nine million snacks, 1.3 million packets of crisps, 1.6 million apples, and 15 million cups of tea. The documentary is filmed in several locations across Ireland, including a bakery in Wexford, a potato field in Co Meath and a wedding in Co Cavan, and promises to give some insights into how our national diet has changed over the past 5,000 years.

It’s the most successful sitcom around at the moment, a geeky version of Friends, or maybe Seinfeld for scientists. The Big Bang Theory is now in its 11th series, and Sheldon (Jim Parsons) has defied the laws of physics by asking Amy (Mayim Bialik) to marry him. But when a bit of professional jealousy rears its ugly head (Sheldon is annoyed because Amy is getting more kudos for her work), Amy is not so sure. Sheldon needs to realise he’s not the centre of the universe, and who better to set him straight on that but Stephen Hawking?

You can forget about those wussy Marvel superheroes with their limp-wristed little battles. Make way for the ultimate clash of the titans, when Bette Davis and Joan Crawford square off on the Hollywood backlot. The earth will definitely shake. Feud: Bette and Joan stars Susan Sarandon and Jessica Lange as Hollywood’s terrifying thespian twosome, locked in a dramatic duel to see who’s the movie queen bee. This eight-part series revolves around the making of the classic film Whatever Happened to Baby Jane?, in which Davis and Crawford delivered their most electrifying performances. But behind the scenes, sparks were flying too, as these great Hollywood rivals grappled for one last shot at glory in the twilight of their careers. Sarandon and Lange deliver glorious performances as the titular legends, supported by an all-star cast that includes Catherine Zeta-Jones, Kathy Bates, Judy Davis and Stanley Tucci.

Some people who watch Hunted, which sees ordinary members of the public go on the run to find out if they can evade the expert ‘hunters’, will happily admit that if they took part, they’d probably be caught before the first ad break.

Yet there have been plenty of people willing to become fugitives for the show, which is now just over halfway through its third series. Some have been motivated by the prize money or the chance to pit their wits against the experts, or just wanted to see if it really is possibly to go off grid. This week, Chief Peter Bleksley begins a campaign to crack the secretive organisation, and when word gets back to the fugitives, they have to make a big decision.

The Last Leg began life as a novelty show - part sport banter, part comedy panel, to tie in with the London 2012 Paralympics. Edgy, funny and, at times, borderline offensive, the three hosts Adam Hills, Josh Widdicombe and Alex Brooker achieved a breakthrough for going where others feared to tread and confronting a subject that is notoriously hard to tackle. Five and a half years on from the London Paralympics breakthrough, the lads are back on Channel 4 tonight for their 13th regular series.

Once again they will be joined by celebrity guests from the worlds of comedy, entertainment and politics and a live studio audience for a comic review of the past seven days. But regardless of who is joining them on the sofa, it is the chemistry between the three presenters that is The Last Leg’s main strength and it’s one of the aspects that has progressed over the years. “It just feels like a conversation that would be going on between me, Alex and Adam anyway,” Widdicombe has admitted. And that is maybe the secret - if, like the trio, we all started talking to each other, and had a sense of humour, understanding, tolerance and a positive outlook on life, the world would be a better place, wouldn’t it?