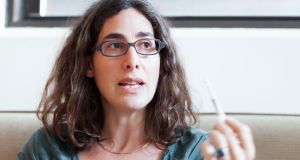 When record-breaking podcast Serial made its debut at the beginning of October, aired as a special episode of the long-running public radio show This American Life, many assumed it would play out like an audio version of The Thin Blue Line, the Errol Morris documentary about a wrongful conviction.

In her personable, natural style, host Sarah Koenig began to tell the story of the 1999 murder in Baltimore of high school student Hae Min Lee and the subsequent conviction of her ex-boyfriend Adnan Syed.

But over the subsequent 12 episodes, it became clear that Serial was something altogether new, an addictive experience that took listeners on a journey with no certain destination.

By the close of the final episode this week, we were no closer to knowing whether Adnan had actually killed Hae, an inconclusive finale that should have rendered the entire programme a failure.

Yet Koenig and her team have produced something genuinely groundbreaking – a feat of experimental journalism that delved into the minutiae of a case and a trial in real time, revealing as much about the process of investigating such a story as the story itself.

Certainly, that approach gave rise to ethical issues, with the popularity of the podcast altering the course of the story on a week-by-week basis in a way that is truly without precedent.

It was a hugely ambitious project, though the final few episodes did run out of momentum. But while Adnan’s guilt or innocence is ultimately elusive, Serial proved to be a triumph of ambiguity.

Its legacy will be profound: as well as bringing podcasts into the mainstream, it has changed the rules of radio storytelling.

Alfre Woodard: ‘I love coming to Ireland, but we’re the pariahs now’
9