Love Island: This pair are €60k richer. The rest of us feel much worse off

The dating show got ever harder to watch, and not only due to Caroline Flack’s death 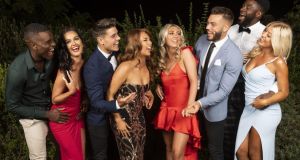 Emotions were high during the Love Island final on Sunday night, and the overwhelming one for many viewers was relief. For the past few weeks, fans have eagerly anticipated the show’s end, less out of excitement to see which of the couples would be awarded the grand prize of almost €60,000 – it went to Finley Tapp and Paige Turley – than to mark the finish of what has been something of an ordeal.

When the franchise’s winter edition started in January, it was uncharacteristically chilly, both in terms of the unseasonably cool South African climate and the lack of heat between contestants.

Since its 2015 launch, Love Island has become one of ITV2’s most-watched shows, through a combination of drama, Fomo and merch-ready catchphrases. Winter Love Island seemed doomed from the start, distinctly lacking in any of these. Launching just seven months after fans were still high from Amber Rose Gill and Greg O’Shea’s shock win, it was too much, too soon, with unimpressive viewing figures.

Caroline Flack’s death earlier this month then cast a long, dark shadow over the show’s final stages. Flack, its former presenter, was the fourth person associated with the show to have taken their own life in the past two years, after Sophie Gradon and her boyfriend, Aaron Armstrong, in 2018 and Mike Thalassitis last year.

Her replacement as the show’s host, Irish presenter Laura Whitmore, became emotional during the final episode as she told viewers: “The past week has been extremely difficult coming to terms with the loss of our friend and colleague Caroline.”

"We have just won Love Island!"

Congratulations Paige and Finn, we can't wait for the housewarming invite 😉 #LoveIsland pic.twitter.com/M51egUw3Zu

She added: “We’re thinking of her family and everyone who knew her at this time. “Caroline loved Love Island, she loved love, and that’s why tonight’s final is dedicated to her.” A series of clips from Flack’s time hosting Love Island and companion show Aftersun was shown.

Ahead of the episode, Whitmore had tweeted a thanks to her boyfriend, the Love Island narrator, Iain Stirling, “for a brilliant series and helping me every step of the way”. She added: “Tonight’s show is dedicated to Caroline.”

Flack’s charm, and one of the show’s highlights, lay in giving off the impression she could have been an Islander herself. On Christmas Eve she wrote of the “scrutiny and speculation” she had faced after being charged with assault following an incident with her boyfriend. Much of the scrutiny took place in the tabloid press and on social media, a key component of the Love Island experience – the running commentary under the Love Island hashtag is another feature associated with the programme.

When the show returned after a two-day hiatus following Flack’s suicide, retweeting memes and gags felt borderline disrespectful and even dangerous, given the nature of her passing. In an attempt to make it less so, JustEat sponsorship ads were swapped out with ones for mental health charity Mind.

For a show that usually goes as deep as a dip in the villa pool, it weighed heavy. These issues are not Love Island-specific, but rather a symptom of wider issues regarding social media trolling and the quality of reality TV aftercare. But the show’s reliance on hashtags and Islanders to accrue as large an Instagram following as possible makes it particularly susceptible to online abuses.

Moral arguments aside, Love Island has gone from being good-bad TV to bad-bad TV. Though the incentives for appearing on it have changed, its format has barely evolved. The near identical conveyor belt of Chrises and Jesses and Jacks have long been a running joke online, as producers certainly have a “type on paper”. “Twists” such as double dumpings and Casa Amor are as hackneyed as the obligatory end-of-series pool jump. In the show’s five-year history, not a single Islander has ever chosen to steal the money from their partner at the finale when given the option.

By its end, when Finley Tapp and Paige Turley were crowned series winners, the hour-long episodes airing six nights a week had begun to feel like a test of endurance. Yet few lessons appear to have been learned. The 2020 summer series has already been confirmed. Yesterday morning, the most read article on the Mirror’s website involved contestant Shaughna Phillips looking “unrecognisable” after leaving the villa. In the same top five were two about Flack’s suicide. The show lost its magic long ago. Now it has lost its chance to end on a high. – Guardian, PA