‘Be kind, only you are responsible for how you treat others,’ says Laura Whitmore 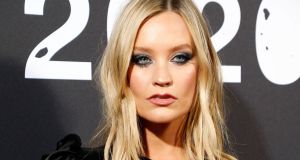 Laura Whitmore: ‘Anyone who knew Caroline knew she was vivacious, loving, and had a passion for life, which is why none of this makes sense’. File photograph: David Parry/PA Wire

The death of Caroline Flack is a wake-up call to “Twitter warriors” who believe they can abuse people online with impunity, Irish friends of the TV presenter have said.

Laura Whitmore, who had known Flack for around 10 years and replaced her as host on the current series of Love Island, said: “She also had many struggles. I’m not going to pretend she’s perfect, but she lived every mistake publicly under the scrutiny of the media.”

Whitmore told listeners to her BBC radio show on Sunday that she herself had “been harassed for just doing my job and this is where the problem is, and I want to use my platform to call people out because it’s gone too far.”

“Your words affect people. To paparazzi and tabloids looking for a cheap sell, to trolls hiding behind a keyboard, enough.”

Flack (40) was found dead her east London home on Saturday. She had stepped down from presenting the current winter series of Love Island after she was alleged to have assaulted her boyfriend Lewis Burton at her then flat in Islington, north London, in December.

She entered a not-guilty plea to the assault charge at Highbury Corner Magistrates’ Court and was released on bail, with conditions that stopped her having contact with her boyfriend ahead of a trial in March.

Fiona Fagan, a long-time friend of Flack and her former stylist, said she had been concerned for her as they had not spoken for a few weeks. “The criticism online really took her to the ground, she was very insecure, very fragile, concerned about her weight, her figure,” Ms Fagan said.

“I’m in shock that this is the way it ended for her.”

Ms Fagan, who is a stylist on Dancing with the Stars, was a friend of Flack’s for more than 20 years. The two met when Ms Fagan moved from Ireland to London.

“We just really clicked on the job. We went through so much together, we went to gigs, went on holidays.

Ms Fagan has messaged Flack on Friday, but did not receive a response. The stylist spoke of how Flack’s mother would plead with her not to go on Twitter after she presented Love Island because she knew her daughter would be slated.

But the presenter would look at comments about what she wore and how she looked and would be downcast for the following hours or days. “Her mum was trying to protect her.”

‘She loved to laugh’

Opening her show on BBC Radio 5 Live on Sunday morning, Whitmore broke down as she remembered her “vivacious and loving” friend.

Whitmore — who had previously tweeted her shock that Flack was dead — said she had been “debating whether I should, would or could come on air today”.

Her voice cracking, she said: “Yesterday we lost someone before their time.

“We’re going to talk about her and give her the respect that she deserves and that she didn’t always get.”

Dublin-born Whitmore (34), said that “anyone who knew Caroline knew she was vivacious, loving, and had a passion for life, which is why none of this makes sense”.

“Caroline loved dancing. Angels by Robbie Williams always reminds me of her because she danced so beautifully to it on Strictly, and I’m going to play that song after I’ve said what I want to say.”

She said that Flack “loved music, she loved to dance, we shared many a dancefloor at gigs, festivals” as she recalled their friendship beginning 10 years ago at V Festival.

“She was bubbly, and for such a small stature commanded a room,” Whitmore said. “She loved to laugh and had the most infectious chuckle.”

Whitmore said that Flack “loved to love” and “that’s all she wanted, which is why a show like Love Island was important to her because the show is about finding love, friendship, having a laugh.”

Defending the ITV2 programme, she said: “The problem wasn’t the show, the show to work on is loving and caring and safe and protected. The problem is, the outside world is not.”

She said that people who are ever nasty to others on social media “need to look at themselves”, and added: “To the newspapers who create clickbait, who demonise and tear down success. We’ve had enough.

“I’ve seen journalists and Twitter warriors talk about this tragedy and they themselves have twisted what the truth is. You don’t have to tear someone down to feel good about yourself.

“So to listeners, be kind, only you are responsible for how you treat others and what you put out in the world.”

Irish musician and mental health advocate Niall Breslin said society must decide what to do next in relation to online trolls.

The Mullingar singer, also known as Bressie, told Newstalk Breakfast that this was a symbolic moment. “I think this has been coming, I think this is not going to stop unless we do something about it.

“Something bad happens and two or three days later the press are talking about something else. The reality is we speak about the tragedy of Caroline here - but this has a far bigger impact than anyone really thinks.

“Somebody who is at home, who’s in a trigger state, who’s distressed, who might be going though some of their own difficulties - this can be incredibly triggering. It has immense, immense societal impacts and I don’t think people are talking about that.”

Education is the key for dealing with the online trolls.As well as tackling the excesses of tabloid media, “we’d also look at human behaviour. Outrage and anger is part of our psychology. We love virtue signalling, we love it - it gives us an absolute payoff in our brains, and it becomes almost an addictive behaviour.

“Am I trying to make excuses for trolls? No not at all - we’ve created this system. And the reality is - and I mean this - this is a real moment where we’re going to have to decide what we’re going to do going forward.”

Samaritans are available day or night, 365 days a year by calling 116123 free of charge or emailing jo@samaritans.org. They are there to listen without judgement so you do not have to face things alone. – PA