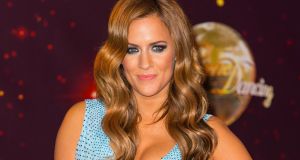 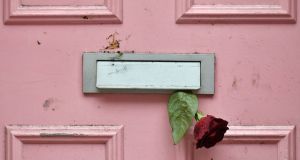 Caroline Flack’s boyfriend Lewis Burton has said that his “heart is broken” following the death of the TV presenter.

Flack, a former Love Island presenter, was found dead at the age of 40 at her home in east London after taking her own life.

Burton, who was not allowed to have any contact with his girlfriend since late last year due to her bail conditions after being charged over an alleged assault on him, said he would now be her “voice” and would “get all the answers”.

In an Instagram post, which included a picture of them together, he wrote: “My heart is broken we had something so special.

“I am so lost for words I am in so much pain I miss you so much I know you felt safe with me you always said I don’t think about anything else when I am with you and I was not allowed to be there this time I kept asking and asking.”

The 27-year-old added: “I will be your voice baby I promise I will ask all the questions you wanted and I will get all the answers nothing will bring you back but I will try make you proud everyday. I love you with all my heart.”

Flack’s family confirmed that she died on Saturday, adding in a statement: “We would ask that the press respect the privacy of the family at this difficult time and we would ask they make no attempt to contact us and/or photograph us.”

The news of Flack’s death prompted a flood of tributes from celebrities but also raises questions about the decision to press ahead with prosecuting her for the alleged assault on Burton, as well as the pressures faced by TV celebrities from the press and social media.

Flack, who was described as “vulnerable” by her management, stepped down from presenting the current winter series of dating reality show Love Island after she was alleged to have assaulted Burton at her then-flat in London in December.

She entered a not guilty plea to the assault charge at Highbury Corner Magistrates’ Court and was released on bail, with conditions that stopped her having contact with her boyfriend ahead of a trial in March.

In a statement released on Saturday night, her management company criticised the Crown Prosecution Service for pressing ahead with what it called her “show trial” even after her boyfriend said he did not support it.

Francis Ridley, of Money Talent Management, said: “In recent months Caroline had been under huge pressure because of an ongoing case and potential trial which has been well reported.

“The Crown Prosecution Service pursued this when they knew not only how very vulnerable Caroline was but also that the alleged victim did not support the prosecution and had disputed the CPS version of events.

“The CPS should look at themselves today and how they pursued a show trial that was not only without merit but not in the public interest. And ultimately resulted in significant distress to Caroline.”

“These people might be famous, but they’re still vulnerable individuals,” Mr Shalit added.

By Sunday afternoon, an online petition calling for a UK government inquiry into “the practices and policies of mainstream media organisations and social media platforms in their efforts to protect members of the public from harm” had more than 125,000 signatures.

Flack is the fourth person linked to Love Island to have killed themselves.

Sophie Gradon, who appeared as a contestant in the show in 2016, was found dead at her home in 2018 at the age of 32. Her boyfriend Aaron Armstrong, who had found her body, killed himself three weeks later. He was 25.

Mike Thalassitis, who appeared in the 2017 series, was 26 when he was found dead in a park in March last year.

Following the news of Flack’s death, an ITV spokeswoman said: “Everybody at Love Island and ITV is shocked and saddened by this desperately sad news.

A highlights episode of Love Island, called Unseen Bits, that was due to air on Saturday evening on ITV2 was pulled from the schedule. Channel 4 has also said it will no longer air The Surjury, a new cosmetic surgery-based TV series with Flack as its host.

Among those paying tribute to Flack following her death were her former X Factor colleague Dermot O’Leary, who said he had “candles lit” in her memory, and her Love Island colleague Iain Stirling.

Stirling, the programme’s narrator, shared a video of Flack from a performance on Strictly Come Dancing in 2014 and wrote: “Today my friend slow motion walked into heaven. I will miss her always. Thank you for everything x.”

Irish broadcaster Laura Whitmore, who replaced Flack as Love Island host for the latest series of Love Island, remembered her “vivacious and loving” friend during her Sunday morning radio show.

“Yesterday we lost someone before their time,” she said. “We’re going to talk about her and give her the respect that she deserves and that she didn’t always get.”

“She was bubbly, and for such a small stature commanded a room...She loved to laugh and had the most infectious chuckle. She also had many struggles. I’m not going to pretend she’s perfect, but she lived every mistake publicly under the scrutiny of the media.”

“To the press, the newspapers, who create clickbait, who demonise and tear down success, we’ve had enough,” added Whitmore on her weekly BBC Radio 5 live show.

“I’ve seen journalists and Twitter warriors talk of this tragedy and they themselves twisted what the truth is … Your words affect people. To paparazzi and tabloids looking for a cheap sell, to trolls hiding behind a keyboard, enough.”

Flack’s other TV presenting roles have included Gladiators, I’m A Celebrity... Get Me Out Of Here! NOW!, The X Factor and The Xtra Factor. She won Strictly in 2014 with professional dancer Pasha Kovalev. - PA