KUWTK: The juggernaut that kept on trucking 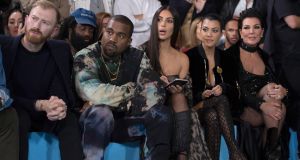 There are lots of other reality shows that have come and gone since 2007, but Keeping Up with the Kardashians – or KUWTK, as it’s known as – is the juggernaut that kept on trucking.

Millions kept tuning into E!, year after year, to watch the Kardashian family evolve into millionaires, and the youngest one, Kylie, into a billionaire.

No other family who has been trailed by cameras for the purposes of entertainment have succeeded in becoming such a phenomenal brand. Viewers came for the blended family, who included an Olympian and the ex-wife of attorney Robert Kardashian, who defended O.J.Simpson, and stayed for the drama.

And drama there was.

Kim married husbands two and three. The second marriage lasted an infamous mere 72 days, and the whole sorry meltdown was captured by the cameras. Her third husband, Kanye West, is not short on drama himself, the latest being a bizarre attempt to get a nomination to run for president of the United States.

Kim, along with sisters Kourtney, Khloe, mother Kris, and half-sisters Kendall and Kylie, has undergone many physical transformations. It’s downright weird to look back at the early pictures of the family, because none of them, particularly Khloe, look anything like they did in 2007, and most of that is not down to the ageing process.

The sisters created a trend for contoured make-up, tiny waists and large rear ends, and went back in time by popularising the use of that Victorian garment, the corset. Kim now has a line in shapewear; she had to change the name from Kimono to Skims after being accused of cultural appropriation.

Kendall became a model, provoking ire from industry colleagues who believed she got hired because of her profile on the show rather than talent. She also participated in a terrible soft drink ad, during which she gormlessly handed a police officer at a protest a can of said drink. The ad was swiftly pulled.

Kylie invented lip gloss and beauty products, or at least, someone created products with her name on them, which sold by the gazillion. The family’s extraordinary influence was directly related to the arrival of various social media outlets, not long after their show began to air. Instagram in particular has provided an incredibly lucrative platform for their lives, their show, and their products.

Kylie alone has 195 million followers on Instagram; a staggering number, however way you look at it. She is paid in the region of $1.2 million for a single sponsored content post. Donald Trump, whose job Kanye West would like to have, has a mere 85 million followers on his preferred social media platform, Twitter.

Bruce Jenner became Caitlyn Jenner, prompting many important and useful conversations around transitioning and being transgender. She has become increasingly absent from the show between various fallings out with family members and a desire to build her own profile away from them.

Kris, the mother of all the Kardashians, made a fortune out of being their canny manager; taking a percentage of their earnings. In a reversal of a trope, her current long-term partner, Corey Gamble, is some 20 years her junior.

Births were filmed (Kim, Kourtney and Khloe). Khloe’s partner cheated on her pretty much as she was giving birth, which, no matter how used you are to being in the public eye, has to have be absolutely mortifying. Almost as bad as her former husband, Lamar Odom, being found unconscious in a brothel in Nevada in 2015 after overdosing on drugs. All of this eventually featured on camera.

In 2017, Kim was robbed at gunpoint of ludicrously-sized diamonds while alone in an apartment in Paris; an event so surreal, many people initially thought it was all part of the show. (It wasn’t.)

Maybe Kanye will be inaugurated at the same time.

Read: Keeping Up with the Kardashians to end