The Deceived: Paul Mescal, as charismatic as ever, but where’s his inner GAA hunk gone? 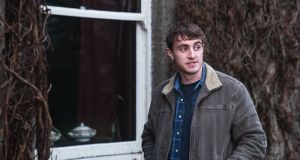 Paul Mescal in The Deceived: No sign of his inner GAA hunk

It’s been a long, strange year and one of the weirdest moments arrived over the summer as a former Co Kildare footballer who is also a dead ringer for at least four people you went to school with became a global heartthrob. All these months later, with the hype from Normal People having finally died down, the great imponderable raised by the series hangs still in the air: was the rise of Paul Mescal real or did we, in our lockdown fever, just imagine it?

But now finally comes proof it truly happened, in the shape of a ripe new thriller from Derry Girls creator Lisa McGee. The Deceived (Virgin Media, Monday) – filmed after Normal People but before the Sally Rooney adaptation turned Mescal into a Junior B Brad Pitt – is a gripping caper, verging constantly on guilty pleasure yet never quite stumbling over the cliff-edge.

It also asks a question we have all wondered at one point or another: what would happen if someone were to remake Daphne du Maurier’s Rebecca in rural Donegal?

First the bad news for Mescalitos everywhere. He’s as charismatic as in Normal People – more so actually, now that he isn’t obliged to free-style about the evils of neo-liberalism – but his character is one step above peripheral to the fantastically murky plot.

Mescal plays Sean, a builder and volunteer fireman in the fictional Co Donegal town of Knockdara (a nod towards Knockdara Park in Derry, where McGee grew up). Tragedy has befallen the locality with a blaze partially damaging the village’s manor house and claiming the life of glamorous novelist owner Róisín.

This is obviously a blow for her husband, Michael Callaghan (Emmett J Scanlan), a Cambridge academic with a Dublin accent and a twinkle in his eye. No middle aged man with a twinkle in his eye is to be trusted. And so it proves as Michael is followed back to Donegal for Róisín’s funeral by his pregnant lover Ophelia (Emily Reid from Belgravia).

The Deceived is told from Ophelia’s stand-point and she soon finds herself replacing Rebecc… sorry Róisín at Knockdara House. Class A creepiness ensues. Michael arranges for her to wear one of his dead wife’s sweaters (it is a lovely jumper to be fair). As a bonus, she must side-step the figurative daggers being thrown at her by his suspicious mother.

Knockdara is apparently just over the Border. But we’re obviously a long way from the knockabout humour of McGee’s Derry Girls (she wrote The Deceived with husband Tobias Beer). It becomes clear early on, for instance, that Michael is gas-lighting Ophelia and that there is more to the death of his wife that he’s letting on. And what of that ominous tapping behind the door next to her bedroom? Is Róisín reaching out to Ophelia from the afterlife? Or is it merely a figment of her guilty imagination? Neither possibility is alluring.

But you don’t care about any of that. What about Mescal, you want to know? Well, he’s low key magnetic – which will please fans. However, the script doesn’t call for him to summon his inner GAA hunk. Some will consider this the disappointment of the season and not get over it until Christmas. Others will sensibly forget all about Normal People and enjoy The Deceived for what it is: an over-stuffed but charmingly old school murder mystery.

Level 5 lockdown TV: From The Crown to Dead Still, the ultimate guide to what to watch
7

Unthinkable: Why it makes sense to be a neo-Luddite
8

The 40-Year-Old Version: A wildly entertaining movie, in a big week for Netflix
9 NATO has to explain its motives and aims on Kosovo
10