Ireland’s eco-farmers emerge from the hedgerows 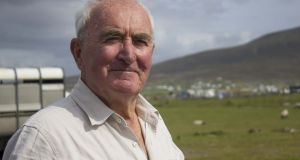 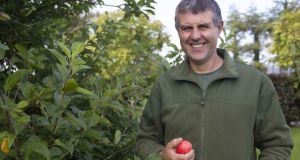 Roscommon cattle and sheep farmer Pádraic Corcoran: he has been encouraging barn owls into the old buildings on his farm. Photograph: Johnny White

You might think farming with nature is the obvious route to take but, over the last 40 years or so, mainstream farming practices have become so intensive that much of the natural world is interacts with has been destroyed. Wildlife – animals, birds, plants and insects – have been killed off through the overuse of pesticides and fertilizers, widespread drainage of land and the removal of hedgerows.

Thankfully things are changing. And the efforts of a small but growing cohort of farmers who protect habitats and encourage wildlife to flourish on their land were celebrated at the inaugural countrywide Farming for Nature awards in the Burren, Co Clare, in October.

Launching the Farming for Nature awards, Fine Gael MEP Mairead McGuinness – a former presenter of RTÉ television programme Ear to the Ground – said that advice to farmers has come full circle since she first worked at the broadcaster in the early 1980s.

“We told farmers to rip out hedgerows, drain their land and lash on the fertilizers. Then we realised this created new problems. By the time I left Ear to the Ground we were teaching farmers how to plant hedgerows, stop draining their land and question the inputs onto their land,” she says.

“I get very frustrated at the artificial divide between farmers and the environment. It’s harmful and it’s got to stop. Farmers are the people who maintain the landscape and sustain rural communities. I’m asking farmers to lead and take control of the environmental agenda on farming,” McGuinness adds.

If you respect nature, it will reward you

Speaking at the award ceremony held as part of the Burren Winterage festival, each farmer outlined the measures they take to cultivate a positive relationship with nature.

Achill sheep farmer Martin Calvey, who was voted the overall winner, explained how he farms his black-faced mountain sheep on a four-acre farm with access to 20,000 acres of unfenced, unfertilized uplands. The sheep graze the mosaic of protected habitats from mountain to seashore, and the Calveys sell their award-winning Achill mountain lamb to locals and chefs alike.

For Sheehan, it’s all about conserving water, increasing biodiversity and spraying less fertilizer on his land in the Bride Valley in east Cork. Sheehan is also part of the Bride project which is a €1 million scheme that rewards farmers for looking after habitats in bogs, ponds, hedgerows and woodland. “It’s about putting a financial value on a non-productive part of the farm and it’s important to have farmers adding value back to the environment,” he says.

McCall says that the variety of habitats on his land in Calverstown, Co Kildare, makes farming more pleasurable. “I used to top [remove] weeds but now I’m an advocate of having some ragwort and thistles and I can enjoy the butterflies and bees on them.”

Tipperary farmer Seán O’Farrell became an organic farmer 15 years ago. “I grow vegetables organically and feed the soil with farmyard manure from pigs and chickens to create nutrient-dense food. I’ve been inspired by those with a passion for nature,” he says.

If we want to prevent further species decline, we require high-nature value agriculture

Corcoran has been encouraging barn owls into the old buildings on his farm in Mount Plunkett, Co Roscommon. “We put in wildlife crops and feeders and now we see how the barn owls feed on the rodents that we previously put out poison for. If you respect nature, it will reward you,” he says.

Wicklow hill farmer Pat Dunne says that although farming can be challenging, there is no better way of life. “I’ve been working with nature all my life and after visiting the EU BurrenLife project [Ireland’s first farming with nature initiative] in 2011, we formed a land vegetation management group for the Wicklow commonage. Farmer-led schemes like these are better than farmers having schemes foisted on them,” he says.

Michael Maloney of Bord Bia, sponsor of the inaugural Farming for Nature awards, says that farmers for nature are ambassadors for biodiversity. “I hope other farmers will access their work and follow these examples,” he says.

At the Burren Winterage festival, John Sweeney, emeritus professor of geography at Maynooth University, spoke about how agricultural emissions from intensive farming in Ireland could rise to 50 per cent of Ireland’s non-tradable emissions, ie emissions from everything other than large industry, by 2050.

“The EU Common Agricultural Policy needs to stop rewarding intensive farmers and instead ensure rural vibrancy with sustainable agriculture and family farms,” he said. Speaking about the risks of changing weather patterns in Ireland, he added that biodiversity was the insurance policy for climate resilient farming.

Liam Lysaght, director of the National Biodiversity Data Centre said it’s important to remember that biodiversity can also put value on land. “Agriculture has been a key driver of species extinction. If we want to prevent further species decline, we require high-nature value agriculture. When there are positive links between farming and nature, we can turn around species decline. If farmers manage 5 per cent of their land proactively for nature, the benefits will extend to 100 per cent of intensive farming land.”

Independence and the shadow of home rule: the legacy of the Irish Parliamentary Party
Real news has value SUBSCRIBE