Have we made the world so stupid that April Fools’ day is now irrelevant?

If we expect April 1st to have any bite in 2020, we might be fooling ourselves 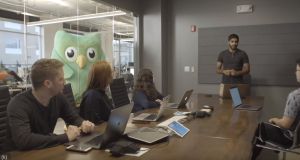 It’s hard to know if the amalgamated jokes were less funny this year, or if some rubicon for the phenomenon has been passed.

Humour has always had a shelf life, as any one who’s watched a Shakespeare comedy can tell you. Those Monty Python animations, which show a giant foot stamping on Queen Victoria, were considered so groundbreakingly funny that they revolutionised comedy for decades afterward. Now they’re so harrowingly bereft of comedic spark, you likely have something funnier at the back of your fridge.

As time changes, so does context, and the old jokes can end up looking poor by comparison to all the things they inspired, a process now accelerated by the pace at which the internet adopts a joke, over-plays it and, finally, renders it so obsolete that even your dad can mangle it six months later.

So too with the April Fools’ internet, which, after many years of prognostications, may finally have slipped into its death spiral. There were a few bright sparks in 2019, not least the LA Times’ food blog about New York - “a largely culturally bereft island that sits curiously between the Hudson and East Rivers at the foot of the Catskill Mountains” - the way the New York Times writes about everywhere else. There was Google Tulip, a plant peripheral for the data-mining leviathan who had also allowed users to play Snake on Google Maps that same day. Language learning app Duolingo leaned into criticisms of its passive aggressive style, by unveiling a service whereby its Owl mascot – or a man dressed as such – would physically enter your home and intimidate you into finishing your allotted linguistic exercises.

But all in all, reaction was muted. It’s hard to know if the amalgamated jokes were less funny this year, or if some rubicon for the phenomenon has been passed. When brands now have intense personalities on social media, even going so far as to talk about being depressed, this sort of performative kookiness seems either played out or redundant. Media companies too are at an impasse. At a time when so much reportage seems hell-bent on malevolent deception it’s hard to imagine the BBC’s 1957 report on spaghetti farms – which, contrary to the above argument, is still hilarious 60 years later – charming us today. There’s also, of course, the fact that much of today’s news, even when true, is insane.

“April Fools’ is impossible” wrote @jhawk889 . “I woke up to “Elon Musk drops rap single about Harambe” and “Mussolini’s granddaughter is beefing with Jim Carrey on Twitter” and neither of them were jokes”.

We have to consider the possibility that we’ve made the world so stupid, the entire concept of a fools’ day is now irrelevant. If we expect April 1st to have any bite in 2020, we might be fooling ourselves.