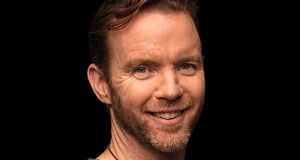 As one half of  Today FM's japester duo Dermot and Dave, Dermot Whelan has forged a formidable reputation for not sweating the big stuff. Along with his comrade Dave Moore, the comedian-cum-broadcaster has long made it his mission to entertain listeners with subject matter so ridiculously irrelevant to the real world that to call it frivolous is to imbue it with undue gravitas.

Even with the second wave of the pandemic crashing around their ears, the duo discuss such pressing problems as being unable to find a child’s iPad after hiding it – Whelan’s own misplaced device being eventually located behind bottles of red wine – and debate whether toasters should be kept on the counter or stored in the press. (On learning of Moore’s preference for the latter option, Whelan is aghast: “What other emotions are you hiding in the cupboard?”)

The gags may be uneven and the material wafer-thin, but Whelan and Moore’s capering provides safe harbour for those seeking refuge from pandemic-related perils elsewhere on the airwaves, such as the eschatological number-crunching of RTÉ science correspondent George Lee on Morning Ireland.

So it comes as a shock when Whelan turns up on Lunchtime Live (Newstalk, weekdays), extolling the virtues of meditation to host Andrea Gilligan. On the face of it, the idea of the giddily impertinent presenter being a mindfulness coach is as outlandish as a garishly ignorant reality television star becoming US president. (Oh, wait.) Yet there he is on Tuesday afternoon, telling Gilligan how he turned to meditation when “having issues with stress” a decade ago.

In fairness, Whelan hasn’t suddenly transformed himself into an earnest guru. He talks about meditation as a “tool” for dealing with stress, and is keen to debunk any spiritual “fluffy stuff” around it: “There’s no cult and no spaceship that I’m going to bring everybody to”. Instead, he focuses on the calming effects of meditative breathing techniques, and even gives a quick lesson to his slightly wary host. “There isn’t going to be dead air here, we’re just doing exercises,” Gilligan forewarns her audience, before inhaling loudly.

It’s a surprisingly arresting segment, not just because of the impromptu practical. Whelan is aware that in Ireland, where once “the only stress management was going for a pint”, many are sceptical about meditation. Gilligan is perhaps among them: “Do you think it’s a little bit of a fad?” she asks. But Whelan makes a good case with his droll manner, easily communicated techniques and lightly worn learning, while noting the importance of such de-stressing practices in our own times, when “we’ve so many new challenges”.

The twist comes when Gilligan casually remarks that her guest has a business sideline as a mindfulness speaker: it turns out the interesting interview is also a sly plug. Whelan may not take things too seriously, but he’s no joker.

Gilligan, for her part, says in passing that she’s having trouble sleeping. Whether it’s down to the pressures of helming her new show, she doesn’t say, but four weeks in the presenter has hit a steady groove. She has an appealing, deceptively homely approach, able to sound an understanding note when talking to members of the public or adopt a more inquisitive tone with guests.

Tubridy’s outlandish conversation with Darragh Carroll – a cook-turned-sailor-turned“full-time dreamer”, as Spinal Tap’s David St Hubbins would say – is almost impossible to turn off

On Tuesday, Gilligan looks at the delays faced by parents seeking an “assessment of need” for child disability. “People can be waiting for years. Years now,” she says in exasperation. By way of highlighting the personal side of issue, she talks to one mother, Linda, about the impact such lengthy delays have had on her son. But she also interviews Minister of State for Disability Anne Rabbitte about new measures to reduce the backlog. It isn’t a confrontational encounter, but Gilligan’s doubtful demeanour as the Minister promises to cut waiting times to three months equally speaks of her past experience as a current affairs presenter.

Not all the items are as engaging. The show has its fair share of filler, asking listeners if they’ve taken up cooking during lockdown or what kids’ television shows they’d like to see revived. But the host’s unforced warmth and quiet assurance carry the day. On balance, Gilligan can rest easy.

On Wednesday, The Ryan Tubridy Show (RTÉ Radio 1, weekdays) carries an item so daftly light as to be virtually untethered from this earthly plane. By the same token, Tubridy’s outlandish conversation with Darragh Carroll – a cook-turned-sailor-turned-“full-time dreamer”, as Spinal Tap’s David St Hubbins would say – is almost impossible to turn off.

Just 26, Carroll has already led a picaresque life: after training as a butcher and a cook, he travelled through Canada and Latin America, all the while “urban foraging” (ie trawling supermarket waste for food). He ended up in Norway, from where he single-handedly sailed to Ireland despite having rudimentary nautical experience, overcoming various near-disasters on the way. And that’s the conventional part of his story.

Early on, Carroll’s diction suggests an inchoate idealism, dubbing consumerist waste “a vampire in our society”. Things take a fantastical turn when he says his maritime adventures began after meeting a “huge tattooed pirate”. But when Carroll recalls having visions and “manifesting this fire of fertility in my mind”, Tubridy’s polite indulgence finally cracks: “Whoa, I lost you a bit.” The purpose of Carroll’s journey, it turns out, is to carry an actual flame to the centre of “imbalanced” Ireland and restore “symbiosis”. Or something. As Tubridy remarks: “I’m having trouble keeping up with you.”

But while Carroll’s conversation veers close to the kind of quasi-spiritual guff you hear from people who’ve changed their name to a zodiac sign, it’s delivered with such sincerity that it’s hard not be entertained, and even charmed. Tubridy, for one, is won over: “You’ve been on this absolutely bonkers and beautiful trip around your head and the world.”

He has a point. Carroll has a daffy integrity that also makes for absurdly entertaining radio, providing welcome breathing space from the woes of the world. And . . . relax.

Radio Moment of the Week: Something to smile about

“There is a touch of doomsday to the times we’re living in,” says Sean Moncrieff (Newstalk) on Tuesday, proving he hasn’t lost his talent for wry understatement. But Moncrieff carries more cheerful items, such as his diverting discussion with Graham Finlay of University College Dublin on why people say “cheese” when photographed. It turns out the practice dates back to the 1940s, when an unknown politician – possibly Franklin D Roosevelt – discovered that pronouncing the word produced an artificial rictus: hence the “cheesy grin”.

From there the conversation goes off in fascinating tangents. Finlay notes that in vintage portraiture, smiling was only for “peasants, drunkards and children”, but that US students who smile in yearbook photos live longer than their graver peers. Reasons to be cheerful, indeed.

Precious time with a parent during Covid-19
6

Relic: The creepiest horror movie of the year
9