Say ‘whistleblower’ and the Irish hear ‘rat’ or ‘snitch’, this RTÉ investigation found 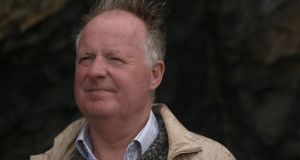 It is to the credit of RTÉ Investigates: Whistleblowers Fighting To Be Heard (RTÉ One, 9.35 pm) that it is an immensely frustrating watch. We are introduced to ordinary people who courageously and with tremendous fortitude have gone public with evidence of malpractice at their places of work.

But rather than be feted for their bravery they have been shunned and in at least once instance blacklisted. As final credits roll you feel you have been subjected to a maddening gaze straight into the Irish soul.

Here were individuals clearly doing the right thing. Their reward: isolation at the office, cold-shoulders from those in positions or power, even legal action. In other words they were treated precisely as you would expect in a country that genuflects before groupthink and where those deviating from cosy consensus are treated like chum in a shark tank.

“It’s having a toll on us now, as a family; we are starting to rely on more and more supports, professional, psychological supports. It is still a frightening lonely road and it is really, uncertain,” Hilary O’Loughlin tells reporter Barry O’Kelly.

Her husband Séamus, an ESB Health and Safety manager, had revealed that up to one million litres of oil had leaked from ESB cables beneath Dublin in the past two years and that leaks of thousands of tonnes of gases from Moneypoint power station had gone unreported.

The ESB disputed some of his claims and appointed an external legal expert to examine one of his protected disclosures in a review. The family was forced to engage their own legal representation for which they had to seek a €47,000 loan. That despite the fact that O’Loughlin was vindicated by the EPA.

A high price has similarly been paid by social worker Iain Smith, who blew the whistle on the plight of “Grace”, a vulnerable woman permitted to remain in the care of a foster family for 20 years, despite allegations of sexual and physical abuse.

Even after Grace was removed, young vulnerable people continued to be placed, through private arrangements, at the same foster home. In 2014, Smith sent then-minister of health, Leo Varadkar, a protected disclosure listing 14 significant concerns. There was a follow-up meeting with the minister but no further contact, though an official inquiry has been launched.

“I saw no point in carrying on and working for the HSE,” says Smith who is now employed in the UK. “I thought I had to get out of here for the sake of my wellbeing.”

The cases of Leona O’Callaghan, responsible for verifying expense claims at the University of Limerick, ambulance dispatcher Shirley McEntee and Olivia Greene,a former home loans manager at Irish Nationwide, are also explored. Each went spoke out about improprieties and suffered as a result.

Our ambivalence towards whistleblowing is chillingly outlined by Prof Kate Kenny of NUI Galway, who has written a book on the subject. “There is research on Irish attitudes to whistleblowing,” she tells O’Kelly. “The top two phrases that come into your mind when you hear the word whistleblower was informant, rat, and we also had snitch.”